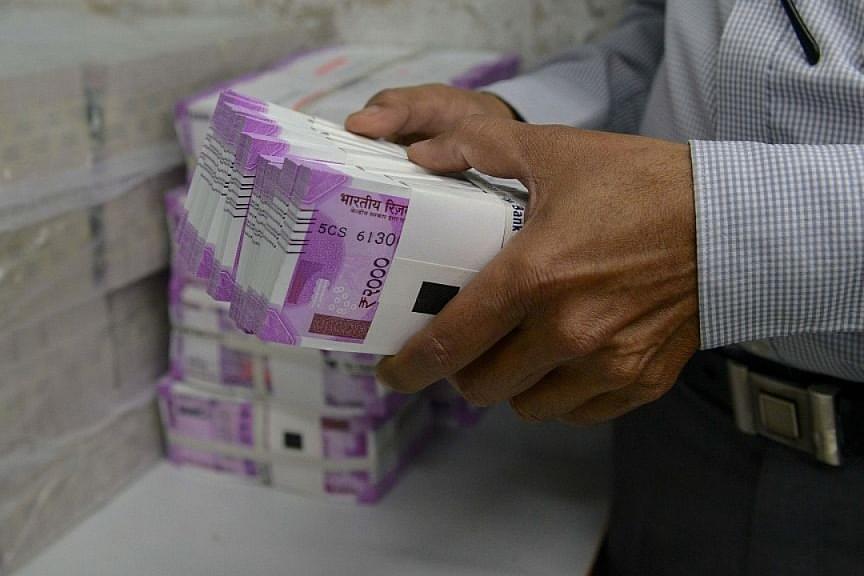 The Panchatantra has this story of a king who had a pet monkey. Wherever the king went, the monkey was nearby. One day, when the king was asleep, a fly descended on his nose. The monkey’s efforts to shoo the fly away failed. Then, in a fit of rage, the monkey used a machete to kill the offending creature. Needless to say, it was the king who got killed.

The moral of the story is this: if your defender is incapable of using commonsense to protect your interests, don’t make him your ally.

The story is relevant in the context of recent arrests of Bank of Maharashtra managing director and CEO Ravindra Marathe, his executive director, former chairman and managing director Sushil Muhnot, and several other bank officials in connection with a real estate loan that went bad. The arrests have sent yet another chill down the spines of public sector bankers in India. While the Pune police, which made those arrests, is not the equivalent of the monkey in our story, the net result will be the same: there will be damage to the banking system when the enemy is a tiny fly.

The arrested bankers are suspected to have played a dubious role in the sanction and siphoning of loans to realtor D S Kulkarni, and a court remanded them to custodial questioning till 27 June.

Earlier, in March, the Central Bureau of Investigation (CBI) arrested two mid-level officials of Punjab National Bank for alleged involvement in the Nirav Modi-Mehul Choksi frauds; this was followed by the charge-sheeting of the Allahabad Bank Managing Director and CEO, Usha Ananthasubramanian, for the same fraud which happened when she was with Punjab National Bank.

The arrests and charge-sheets have shocked the financial world enough for the Indian Banks’ Association to call an emergency meeting to discuss the crisis of confidence in public sector banking. It has also drawn protests from staff and shareholders of the bank, something that has been rare in the recent spate of actions against allegedly corrupt bankers.

The Narendra Modi government, in its efforts to clean up the banking system, seems to be going overboard in giving law enforcement agencies a free hand in hauling up bankers on corruption charges. This is regrettable, for it is very difficult even for forensic auditors to figure out whether loans that go bad are the result of corrupt lending practices or merely bad judgments. Allowing policemen to determine what constitutes financial fraud is not sensible.

Bankers are in the business of taking risks and lending money to entrepreneurs, some of whom may go bust, or be unable to repay for legitimate reasons. It is also likely that in a politically-driven banking system, bankers lend money to doubtful parties based on whispers from the top. Since public sector bankers are beholden to their bosses among politicians and bureaucrats, some may oblige, and when the loans go bad, they are the ones left holding the baby. Those who whispered in their ears to lend to rogue outfits vanish into thin air, leaving no paper trail on their role in the resultant frauds.

It is obvious that such frauds peaked during the United Progressive Alliance period, when bankers were politically pressured to lend indiscriminately to infrastructure and other sectors. It was thus to be expected that when the Reserve Bank of India asked banks to display the actual state of their balance-sheets, many of these frauds and bad loans became visible to everyone. It does not always follow that it is always the banker who is responsible.

The arrests and charge-sheeting of public sector bankers will soon lead to a freeze in lending, a freeze that has already been accentuated by the high provisions banks are being forced to make for bad loans, and with the Reserve Bank putting 11 public sector banks under “prompt corrective action (PCA)”. PCA means banks cannot increase their lending, and some may actually face a cut in new lending and deposits. According to one report, by TransUnion Cibil Commercial Market Insights, public sector banks’ share of large corporate loans has already fallen from around 72 per cent in the March 2016 quarter to 64 per cent by December 2017, from 60 per cent to 52 per cent in mid-size loans, and from 57 per cent to 49 per cent in loans to the small and medium sector.

If public sector banks’ share of the market is steadily shrinking, the arrests of top bankers will put a further crimp in their growth. Which banker will take risks to lend to critical projects when there is a chance that tomorrow some of them may go bad, and the CEO will face arrest?

Clearly, public sector banks need some degree of protection from arbitrary actions by law-enforcement agencies with little understanding on lending practices or the environment in which big loans are given.

With agencies like the Central Vigilance Commission (CVC), the Serious Fraud Investigation Office, the CBI, and the Economic Offences Wing of regular police forces now empowered to target bankers for their alleged sins, Narendra Modi can kiss goodbye to any serious revival in bank lending in his last year in office.

We need an institutional mechanism where police actions and arrests of bankers are filtered through a panel which comprises vigilance officials, ex-bankers, and forensic experts to make a judgment call that will differentiate between cases involving possibilities of real fraud and those involving bona fide decisions that went bad. The law’s enforcers should seek this panel’s sanction before moving against bankers so that arbitrary arrests and demoralising moves are not made in a ham-handed fashion.

Successful banking is about building trust and faith in the system. Allowing those with no stake in preserving this trust – monkeys with machetes – to take action against allegedly corrupt bankers risks damaging the system.

Modi’s clean-up should not end as a series of self-goals where growth is permanently retarded.