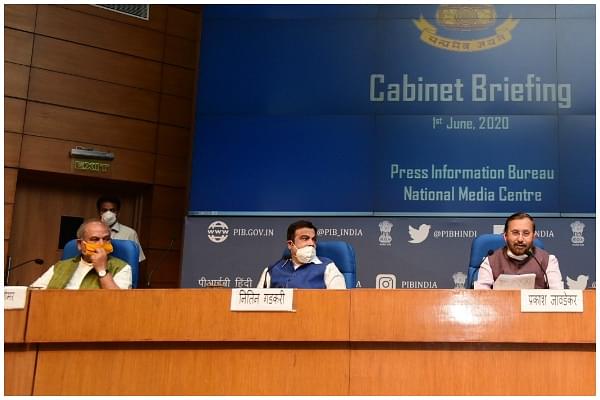 The government raised the prices of the crops by a minimum of Rs 53 a quintal (100 kg) for paddy (Common and A grades) to a maximum of Rs 755 for nigerseed.

Union Minister for Agriculture and Farmers Welfare, Narendra Singh Tomar, told the media that the MSP was at least 1.5 times the average cost of production for farmers. A Press Information Bureau release said the higher support price will support the diversification of crops by farmers.

There are three reasons why the centre wants growers to diversify to other crops.

The first reason is that the country has huge stocks of food grains such as rice and wheat. The stocks are at least three times the mandatory stock norms fixed by the government.

The mandatory stocks are utilised for the supply of grains under various welfare schemes and to meet emergencies such as famine and floods.

The second reason is that the huge stocks of food grains result in post-harvest losses, which have been estimated to be 10-20 per cent by various studies, due to various reasons such as weather, insects, and rodents.

The third reason is that diversification helps growers to opt for other crops such as pulses and oilseeds. India imports a good quantity of pulses to meet its rising demand, which outstrips domestic production.

It is also one of the largest importers of cooking oil, buying over 15 million tonnes annually, as domestic supply is unable to match the overall demand.

On the other hand, with health consciousness increasing among the people, there is a good demand for nutri-cereals such as ragi, bajra, jowar and maize.

The hike in the MSP has, in particular, come from the 2018-19 season when the centre decided to ensure that farmers get 1.5 times their cost of production as part of its objective to double farmers’ income by 2022.

While paddy and wheat MSP has increased 37 per cent since the 2014-15 season, support prices of nutri-cereals such as ragi and bajra have been raised by 112 per cent and 72 per cent, respectively.

Among pulses, tur (pigeon pea) MSP has gone up 37 per cent as also that of urad (black matpe). The MSP for gram (chana) has witnessed a 53 per cent rise, while moong (greengram) and masur (red gram) support prices have gone up 56 per cent.

Among oilseeds, the MSP for groundnut has increased 31 per cent, that of sunflower 56 per cent, soybean 5 1 per cent, sesame 49 per cent and mustard 42 per cent.

Most farmers continue to grow food grains such as rice and wheat primarily, but there is certainly a rise in the area under pulses, coarse cereals and oilseeds.

Last year, the area under Kharif pulses was nearly eight per cent higher compared to the normal area. Rice sowing during the same period was up two per cent only.

In view of prolonged dry weather during the key monsoon season of June-September, the area under coarse cereals and oilseeds dropped marginally.

During Rabi season, the area under coarse cereals increased seven per cent, while oilseeds cultivation was lower.

But for a prolonged dry season during June-August last year, the area under most crops as well as their production should have increased to record levels.

A positive outcome of the centre’s policy of giving a higher rise in the MSP for nutri-cereals or oilseeds or pulses is that the increase in their production is keeping pace with the rise in production of wheat and rice.

Wheat production has increased 10 per cent since 2013-14 season. This is mainly because of a 3.2 million hectare (mh) jump in its acreage last year as post-monsoon rains and conducive weather encouraged farmers to go for the crop on a larger scale.

Since 2014, paddy production has increased nine per cent with the area under the crop rising 0.9 mh last year.

The policy to encourage the cultivation of nutri-cereals seems to be paying off with its production rising 11.5 per cent between 2014 and 2019. This season, ending this month, production is lower as the crops were affected by unseasonal rains.

Pulses, too, witnessed an 11 per cent increase in production between 2014 and 2019, while oilseeds output has increased nine per cent.

One major problem the Modi government has suffered since 2014 is that the monsoon has played truant thrice, throwing its plans off balance. This year, the India Meteorological Department (IMD) has predicted a normal season. A feature of IMD forecast is that is has said that this year, the rainfall will be spatially well-distributed.

This means no part of the country will face any shortage of rainfall during this year's monsoon. This should augur well for agricultural production during the next season starting July.