How States Spend On Key Sectors From Their Budgets 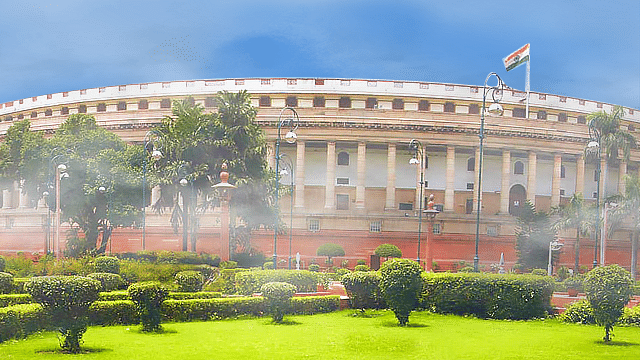 Parliament approves spending of allocations under various heads by the Centre.

There appears to have been a change in the trend of states spending on key sectors from 2015-16. Until then, it was bound by the Fiscal Responsibility and Budget Management Act that was passed by Parliament in 2003.

One of the reasons for the change in mindset has been the higher devolution made to the states by the Fourteenth Finance Commission. The state have received a higher allocation of 42 per cent. There are apprehensions of the goods and services tax (GST) system affecting state finances, but going by some of the states’ budget presentations, there will likely be an increase in their revenue from the uniform tax system.

States are expected to spend 16 per cent of their total expenditure on education. The Centre has focused more on the Sarva Shiksha Abhiyan (SSA), its flagship programme on elementary education. The Abhiyan received Rs 22,500 crore during 2016-17 and Rs 23,500 crore for 2017-18. The allocation is far below the Human Resource Development (HRD) Ministry’s demand of Rs 55,000 crore.

However, the share of approved budgets has fallen to 66 per cent in 2016-17 from 70 per cent in 2015-16. Again, allocations for quality interventions under the programme have dropped to 9 per cent of total approved budget. Nearly 70 per cent of this budget was spent, but performance varied among the states, with Kerala spending the entire allocation while Bihar spending only 35 per cent.

In the overall picture, Delhi is expected to spend 25 per cent of its approved funds, Maharashtra nearly 20 per cent, and Chhattisgarh 19 per cent.

Allocations don’t match the promises in this sector. States allocated only 4 per cent of their budget for health expenses on average. Ironically, most of these allocations go towards the salaries of health department staff and hospital maintenance. Fortunately, the National Health Mission was part of the states’ focus in their health plans.

Delhi has to spend less on subjects like the police, which is under the control of the Centre, and agriculture, as the national capital is more urban. Delhi allocated 13 per cent of its budget expenses to health, while Assam and Kerala allocated a little more than 5 per cent.

Governments have always made it a point to stress that they stand for farmers’ welfare. But when it comes to allocation of funds from the budget, they provide only 7 per cent of the budget expenses for the sector.

This does not include irrigation, which gets approximately 5 per cent allocation from the states. For a country where nearly 60 per cent of its farmers are dependent on rains, irrigation is key to better production and productivity.

Allocation for agriculture includes crop insurance. Punjab tops the list of states that allocate more for agriculture, marking 14 per cent of its budget expenses followed by Uttar Pradesh, which allocated 12 per cent in the 2017-18 budget. It makes sense for Punjab to focus on agriculture since it is one of the major contributors to the country’s granaries in providing wheat and rice to the central pool.

On the irrigation front, a major portion of the allocation is taken up for construction and maintenance of the networks.

It is no secret that the Narendra Modi government sees infrastructure as a route to higher economic growth. Stuck infrastructure projects during the United Progressive Alliance government during 2004-2014 were a drag on the economy.

Welfare of Scheduled Castes and Scheduled Tribes (SCs/STs) is one of the priority sectors for almost all the governments. Some states like Bihar, Madhya Pradesh, and Andhra Pradesh have a larger population of SCs/STs.

Similarly, with Other Backward Classes (OBCs) coming into focus from the election point of view, governments are forced to look at their welfare from the vote-bank point of view. Today, OBCs make up a major chunk of the population in almost all the states, barring the North East.

However, when it comes to budget allocation, southern states seems to take the lead, while the northern states are laggards. Newly formed Telangana tops in allocation for these weaker sections, earmarking nearly 10 per cent of its budget expenses during 2017-18. That probably has forced Andhra Pradesh to allocate 8 per cent of its budget expenditure. Haryana and Jammu and Kashmir have the lowest allocation that is below 1 per cent.