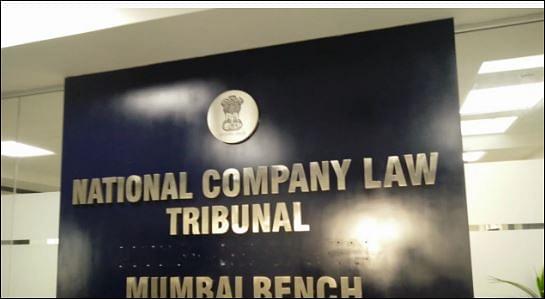 The insolvency resolution process, which appeared to be going full steam ahead last February with over Rs 1 lakh crore of bad loans involving various steel and cement companies appearing close to resolution, has run into quicksand due to multiple legal challenges.

If these legal issues are not resolved quickly, the Insolvency and Bankruptcy Code (IBC) could well go the way of earlier attempts to recover bad loans or revive units under the Sick Industrial Companies (Special Provisions) Act (SICA) and the Recovery of Debts Due to Banks and Financial Institutions Act, 1993 (RDDB). SICA, RDDB and the debt recovery tribunals set up under them to recover bad debts failed to deliver because the legal processes were stretched endlessly, making the recovery of assets pointless.

Among the big cases that looked likely to get resolved this February, only the takeover of Bhushan Steel by Tata Steel looks set to complete the resolution process in 270 days. The others, including Bhushan Power, Essar Steel and Binani Cement, are stuck in courts.

Many of these cases involved challenges to the decisions of the resolution professionals at the National Company Law Tribunal (NCLT), and even in the Supreme Court.

In the case of Binani Cement, the second highest bidder, UltraTech Cement, raised its bid after it became clear that Dalmia Bharat had bid higher. With the lenders keen to negotiate and settle with Dalmia Bharat, UltraTech upped the ante by seeking to buy out the entire stake of the promoters where lenders would not have to take any haircut, but the lenders were unwilling to let go of the bird in hand for two in the bush. UltraTech moved the Supreme Court, which, thankfully, refused to intervene, but the NCLT asked the committee of creditors (CoC) to consider UltraTech’s bid before taking a final call.

In the case of Bhushan Power, where Tata Steel was the highest bidder, the NCLT asked the resolution professional to consider the bid by Liberty House, which came in after the last date was over. This will be challenged by the Tatas in court again.

In the case of Essar Steel, the resolution professional rejected bids by both Arcelor Mittal and NuMetal since the former was considered a promoter in Uttam Galva Steel, and hence a defaulter; NuMetal was disqualified as it had one of the Ruias as minority shareholder, and promoters of defaulters were not allowed to bid under the changes made to rules last November. The NCLT asked the CoC to consider giving time to the two bidders to get rid of the objections raised by the RP. But if what the CoC has prescribed is followed, Arcelor Mittal will have to clear Rs 7,000 crore dues of Uttam Galva to bid for Essar. But in the case of NuMetal, clearing all the overdues of Essar Group companies in order to be eligible to bid will mean paying up Rs 1 lakh crore. Clearly, no one is going to pay up so much in order to bid for Essar. We can expect more delays.

But a recent NCLT ruling asked the CoC to avoid fresh bidding and give time to both Arcelor Mittal and NuMetal to correct the deficiencies in their bids – which means paying up previous dues to lenders or exiting the defaulting companies.

These legal challenges have had the net effect of rendering worthless the proviso that resolutions must be finished in 270 days. The NCLT has ruled that days spent in litigation will be excluded from the 270-day calculation. This has the potential to kill a key objective of creating the IBC – timebound resolution of cases. Decisions of the resolution professional can be challenged at the NCLT, which can be appealed at the NCLAT (the appellate tribunal), and finally in the Supreme Court.

A new petition in the Supreme Court, which challenges all appointments to NCLT and NCLAT benches made before 2018, is to be heard by a bench headed by Justice Rohinton Nariman, and if this petition is upheld, many of the cases already decided or about to be decided by the NCLT may have to be reheard as new appointments have to be legalised.

There are also unresolved issues about how creditors other than financial creditors are to be treated. In the case of Reliance Communications, suppliers like Ericsson have challenged the company’s asset sale to Reliance Industries. The IBC code is also silent on the interests of home buyers in case real estate companies went bust. The Supreme Court intervened to protect their interests in the case of Jaypee Infratech, which lenders have sent to the bankruptcy court.

It is, perhaps, understandable that case law in the IBC process is yet to stabilise, and bidders and creditors left out in the cold may be trying their luck to see if they can get their way by litigating.

The only real solution is to tweak the law, now that these cases have highlighted the loopholes that militate against early resolution. The NCLT has already asked the Insolvency and Bankruptcy Board of India (IBBI) to change the laws that create confusion and legal issues.

IBBI is a regulator which regulates the profession as well as processes involved in insolvency. Clearly, it has much work to do so that IBC does not lose its way in the maze of legal challenges.