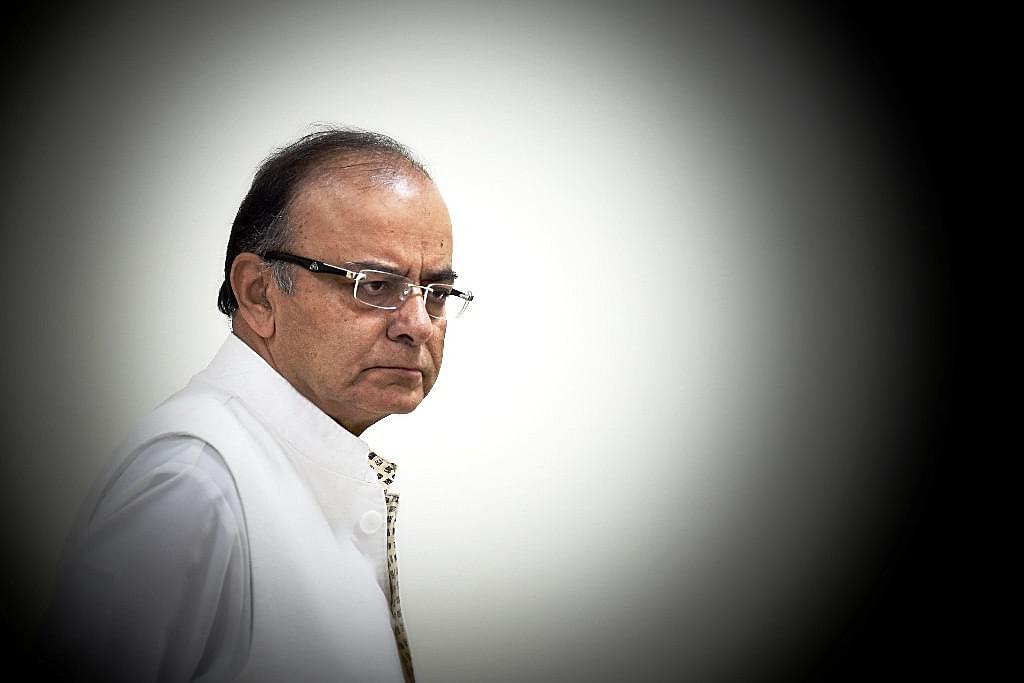 With every passing month, and especially with election season upon us, the National Democratic Alliance’s (NDA’s) fiscal contortions are closing the dishonesty gap with the United Progressive Alliance’s (UPA’s) fundamentally dodgy budget math. Arun Jaitley’s ‘fudgenomics’ is different from P Chidambaram’s fiscal legerdemain only in a matter of degree.

Then, when the going got tougher in UPA-II, he forced public sector companies to fork out special dividends to the government, and the Life Insurance Corporation (LIC) was repeatedly asked to bail out disinvestment flop stories, even while other public sector companies (especially in the oil sector) were asked to buy shares owned by the government, with the dubious logic of building strategic cross-holdings. The underlying logic, though, was not synergies in the oil sector, but fiscal needs. UPA economics was fudge, fudge and more fudge.

Now consider Jaitley’s policies. After maintaining a relatively clean record in the first three years, from the last fiscal (2017-18) ‘fudgenomics’ began to reappear. We saw ONGC being forced to dig deep into its pockets and borrow money from the banks to buy HPCL, when a simple share swap or transfer could have achieved the same synergies. LIC was repeatedly asked to bail out flop disinvestment stories like General Insurance Corporation (GIC) and New India Assurance, and more recently was offered IDBI Bank for a cash payout to the government. More recently, under pressure from a media-led outcry against high petrol and diesel prices, oil marketing companies were asked to bear some of the burden of price cuts (Re 1 per litre), which has since been drowned out by global oil price increases. And, borrowing yet another dubious trick from the UPA playbook, Jaitley is asking public sector companies to buy back shares in the range of Rs 10,000-20,000 crore.

In the last two years of its five-year tenure, ‘Modinomics’ is looking a lot like ‘Manmohanomics’, twins joined at the hip by bad accounting practices, and separated by political compulsions alone.

When Swarajya met the Prime Minister in June, one of the questions we asked was why the incoming NDA government did not restate accounts when a lot of the expenses for UPA-II’s last year in power (2013-14) had been pushed back to 2014-15 for payouts. Thus, the NDA started out with a bigger fiscal deficit than what Chidambaram claimed in his interim budget.

Modi’s reply was that he chose rashtraneeti over rajneeti, and accepted the UPA fudge as a given without giving it a political spin. He said: “in 2014, one of the key agendas of the BJP’s election campaign was highlighting the dismal management of the Indian economy, ironically under an ‘economist’ prime minister and a ‘know-it-all’ finance minister.

“When all of this came to light, we had two options – to be driven by rajneeti (political considerations) or be guided by rashtraneeti (putting the interests of India first). Rajneeti, or playing politics on the state of the economy in 2014, would have been extremely simple as well as politically advantageous for us. On the other hand, there was rashtraneeti, where more than politics and one-upmanship, reform was needed.

“Needless to say, we preferred to think of ‘India first’ instead of putting politics first. We did not want to push the issues under the carpet, but we were more interested in addressing the issue. We focused on reforming, strengthening and transforming the Indian economy.”

While that was a reasonable explanation at that point, the reality is that the government is dipping into the public sector’s pockets to make its own fiscal math look prettier than it really is. This may make political sense, but not economic sense. Every rupee that the public sector is forced to fork out to keep the Finance Ministry happy is a rupee robbed from that company’s own investment and growth plans.

It is no use pretending that the rupee in Jaitley’s pocket is going to be any better spent than the rupee in LIC’s or ONGC’s or Indian Oil’s pocket.

NDA’s ‘fudgenomics’ has upped the dishonesty in budget math, taking it nearly back to the level it was under the UPA.

If the NDA comes back to power, it will have a lot of fiscal cleaning up to do.