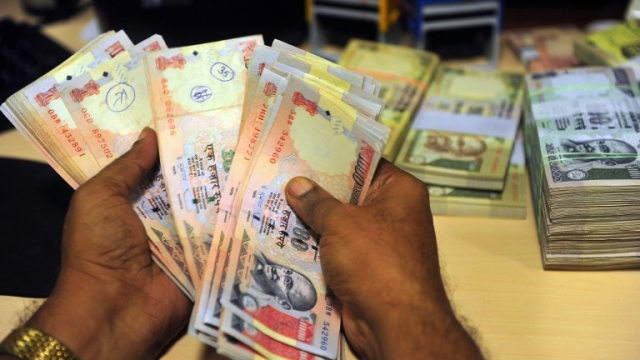 Which of us does not enjoy pulling down the high and mighty? And the thrill is even sharper if these are people who may have breached laws whilst rising to dizzy heights. And so it was with the recent Panama Papers leaks which open a window into the morbid financial gymnastics of the amoral, global elite. There are Indians in the list.

Let us see how badly is India affected by the tax evasion/avoidance driven flow of money overseas?

Global Financial Integrity (GFI) – a United States-based entity, which tracks and campaigns against black money - ranks India fourth out of 149 developing countries, after China, Russia and Mexico, on the basis of the volume of illicit outflows. But this metric is fuzzy. It relates outflows to the size of individual economies and consequently fails to reflect the severity of the problem in each country.

Conflating the GFI data on illicit flows with the World Bank data on GDP at current market prices results in a more useful metric. The average annual illicit outflows as a proportion of GDP for India, according to this metric, was 2.7 per cent over the period 2004 to 2013. Within the BRICS countries cluster, South Africa was at a whopping 23 per cent, followed by Russia at 5.6 per cent. Brazil was the lowest at 0.9 per cent, with China the second lowest at 1.8 per cent.

So, how do illicit outflows, tax evasion, corruption and crime link up? Simply put illicit flows legitimize the proceeds of any of these activities. In the hawala transfer route, an individual or entity, resident in India, desiring to transfer dirty money overseas, makes a payment in cash in India to a hawala agent whilst a designated counter-party overseas gets paid in foreign exchange.

The source of the cash in India could be from income on which tax has not been paid or the proceeds of crime, including corruption. The foreign exchange overseas could be similarly sourced from corruption, crime or from Indians remitting money home (remittance of invisibles, including by overseas Indians of their earnings, was around $223 billion in 2013). Remittances through hawala get a better exchange rate than those via bank transfers. Foreign exchange overseas could also be the proceeds from under-invoicing Indian exports with part payment being made by the foreign importer to an overseas account related to the exporter.

Such illegal caches of foreign exchange overseas can be legitimated by bringing them back to India by over-invoicing Indian exports. Such funds can also be masked as foreign portfolio investments from foreign jurisdictions where obscuring the ownership of funds is a fine art, as in Panama. GFI estimates that under and over invoicing of trade flows accounts for 83 per cent of global illicit outflows. Usually a combination of several illicit transfer mechanisms may be used to obscure and mask the direction and ownership of the net flows.

The drivers of dirty money

Crime, corruption and the ability to avoid tax are all the outcome of poor governance aided by low levels of financial intermediation and digitization in the economy. Identifying the real ownership of bank transactions using biometric tracers, reducing cash transactions, embedded red flags and alerts which identify and monitor irrational transactions and sniff out a mismatch between income and consumption or income and savings, are standard tools for clamping down on the extent of black money. But we have started down this path only very recently.

Till the 1990s, when India had a chronically precarious balance of payments, the loss of foreign exchange through illicit transfers was a major concern. Today with foreign reserves at around one year of imports this is less so. But the loss of potential tax revenue hits us hard. Assume the value of tax lost on illicit outflows of $83 billion at a conservative 30 per cent or $24 billion per year. This equals around one-fourth of the average fiscal deficit during the period 2010 to 2013.

Lost tax is just one of the problems associated with dirty money. Other downsides are less tangible. Strong political and business interests get entrenched which obstruct enhanced transparency, the reduction of discretionary administrative powers and systematically subvert the formal governance systems and the informal norms which bind society.

Where this happens over a period of time, societal norms shift towards a new normal which actively subverts the rule of law. Prolonged conflict creates a similar loss of cultural and social capital. Government loses credibility as the provider of security and the arbiter of equity and fairness. Citizens look to informal structures like caste, clan or even professional alliances for social support.

Can we substantiate this link between poor governance and enhanced illicit outflows? The World Bank’s Worldwide Governance Indicators (WGI) provide a ready index which maps six drivers of good governance across multiple data sources. For our purposes we look at two of these - Rule of Law and Control of Corruption. A close and negative correspondence between illicit outflows and the country WGI score can validate both the WGI and the GFI methodologies. High illicit outflows should correspond with a low WGI score.

The WGI ranks Brazil, Malaysia, South Africa and Thailand high on both upholding the rule of law and exercising control of corruption. India edges in only into the Rule of Law category in this ranking. But good performance in the WGI has not helped Malaysia, South Africa and Thailand curb illicit flows which are high, relative to GDP. In comparison, China and India with lower ratings in the WGI have far lower illicit outflows relative to GDP.

Similarly, Pakistan and Indonesia have minimal illicit outflows relative to GDP but score very low in the WGI index. This conundrum illustrates the need to further refine both the GFI and WGI assessments in the context of tangible results and outcomes of good governance.

GFI estimates that the aggregate outflow of illicit money for the set of 149 countries grew at 6.5 per cent per annum during the period 2004-2013 - more than double the rate of economic growth. This is worrisome because it illustrates a looser than desirable link between growth and tax revenues. If economic growth is leaky and does not boost tax revenues in developing countries, achieving social protection and human development targets can be severely compromised. Is India sliding down this slippery slope?

In India, illicit outflows more than doubled overnight from $29 billion in 2009 to $70 billion in 2010. During the period 2010 to 2013 - the latest year for which data is available - it averaged $83 billion per year or around 4 per cent of GDP. This period coincides with the second term of the United Progressive Alliance government, which was marked by serial scams in telecom and coal. But whilst it is tempting to deduce a causal relationship between the two, this is difficult to substantiate.

What we do know is that we need better tools to monitor, in real decision time, the origin, magnitude and direction of illicit outflows, which are a vital red flag for poor governance. Achieving this is closely linked to professionalizing the government and rapidly digitizing the economy and government processes. We are doing far more on the latter, than on the former. This could be a costly and careless error. Till advanced robotics and artificial intelligence kick in sometime around 2030, the effectiveness of government servants will continue to matter.