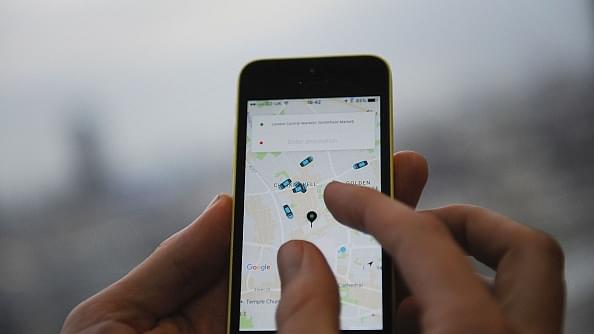 Close on the heels of a decision taken by its northern neighbour, the administration of Tamil Nadu has come to the conclusion that cabs are “contract carriages” and thus not eligible to pick up and drop multiple passengers en route, thus effectively paving the way to ban Ola Share and Uber Pool services in the state, notably in capital Chennai.

While both states cite the Motor Vehicles Act of 1988, at a central level to define “contract carriages” and “stage carriages”, they have both drawn support from their own state laws to justify the ban, saying that the state law prohibits non-government bodies from being accorded the status of “stage carriage”. Now this is where the problem lies.

While Karnataka has a law dedicated to the regulation (and harassment) of aggregators, that was passed in 2016, neither it nor Tamil Nadu are referring to it. The Karnataka On-demand Transportation Technology Aggregators Rules, 2016, although passed just last year, features a lot of clauses from the early 2000s. They include provision for a physical fare meter with a printer, an illuminated “Taxi” sign, and a complaints register, but has no mention of carpooling, although Uber Pool and Ola Share both existed in the state, at least in Bangalore from 2015.

Now, both the states are quoting their own Motor Vehicles Acts (MVA), the Karnataka MV Rules of 1989 and the Tamil Nadu MVA of 1989. Do we see the problem here? Yes we do. The numbers speak for themselves.

All these acts (MV Act, KMV Rules, TN MV Act) are at least 25 years old, which is a long time for a massive evolution of technology and a change of lifestyle. All these acts were drafted at a time when nobody thought that someday a person could hail a cab using something as small as a bar of soap in their pockets. Even the Karnataka Aggregators Rules, although enacted in 2016, seems like it was written in the last decade.

NITI To The Rescue

The NITI Aayog, in its role as a think tank to promote cooperative federalism, framed a Taxi Policy Framework. The extremely liberal policy made several recommendations, which of course, could be adopted by independent states at their discretion. Among the important recommendations are:

A committee set up by NITI Aayog to frame a transport policy strongly recommends avoiding unreasonable restrictions that will make taxi operations economically unviable, thereby causing inconvenience to the citizens and leading to an increased use of personalised vehicles.

Aren’t Karnataka and Tamil Nadu doing exactly this? By barring carpooling services, they are making taxi operations economically less viable, if not unviable, and lack of shared services will force the increase of private vehicles as well as increase inconvenience.

The committee, in the interest of last mile connectivity and cheaper mobility solutions, recommends legalising ride-sharing and allowing bike-taxis and e-rickshaws to operate.

Another crucial point is that the NITI Aayog recommends ride-sharing as well as bike-taxis. While the latter operates without legal hindrances in Goa, Telangana and Haryana, they’re banned in Karnataka. Ride-sharing, while broadly refers to how Ola and Uber operate in general, can also be interpreted as pooling services by commercial service providers and aggregators.

The bottom line is simple. Indian states need to stay in the present. Quoting a 28-year-old law to ban something that was technologically not possible 28 years ago is sheer stupidity. Laws need to be updated to keep up with the times, and at the same time, not be so regulatory. Old is not always gold, especially in the case of technology and laws restricting its innovation.

What is worth repeating at this stage is that the Karnataka government came up with a law in 2016, which did not mention carpooling and in 2017 chooses to refer to a 1988/1989 law to ban it. Whether this was a goof-up by our lawmakers or an intentional slip-up to further harass the private sector is a serious thought to ponder. May common sense prevail among our lawmakers so that the situation does not get out of hand.

Transport is a matter that affects all of us because most of us have to get from one point to another at least once a day. Choking the transport sector is something that will impact every other sector and lead to lower levels of productivity. Banning carpooling will increase congestion on the streets, and by the ripple effect slow down all other systems in an ecosystem.