Land Prices In Delhi, Mumbai Falling As Laws Of Economics Assert Themselves 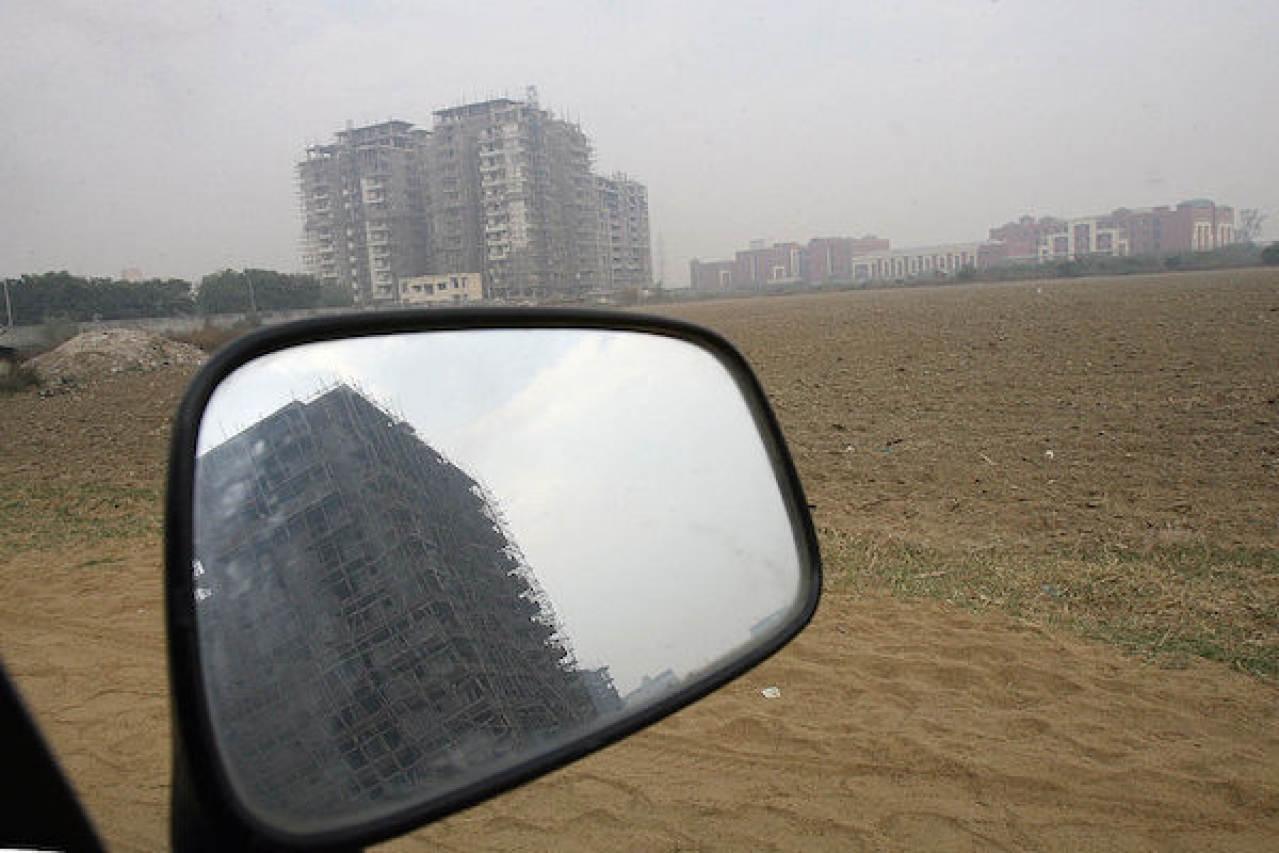 Indian urban land prices are finally beginning to follow the laws of economics. Indian investors have always believed that land values can only rise, but in the wake of the sustained weakness in residential property markets over the last two or three years, land prices in overheated markets like Delhi and Mumbai are actually beginning to fall.

The old advice— “Buy land, for they ain’t making no more of it”— can now be questioned.

According to a Knight Frank India report, quoted by Mint, the average drop in land prices is close to 10 percent in the National Capital Region (NCR), and near five percent in the Mumbai Metropolitan Region (MMR). But, in some places, land owners are said to be offering steep discounts of even 25-30 percent on previous prices to developers. Not surprising since unsold inventories in NCR and MMR are set to touch 4,00,000 units. Gurgaon in NCR and central Mumbai have seen the sharpest drops in land prices due to excess supplies of property inventories.

This means that even with all the efforts of politicians and bureaucrats to milk the land market for illegal rents and bribes, the pressure of unaffordability and weak demand is beginning to tell. It also means that if urban bodies start opting for rationalising building laws and speed up permissions, especially by raising the floor-space index (FSI), land prices could crash.

Even without changes to ease vertical building in congested areas, the fact is that ultra-high land prices have led to an inevitable market response— huge increases in the supply of land.

This is most obvious in Delhi where the NCR has been expanding inexorably to regions far away from the core city of Delhi. An Economic Times Magazine story on the NCR shows that the total area demarcated as NCR has risen 1.5 times in the last 10 years and now envelops 22 districts in Haryana, Uttar Pradesh and even Rajasthan— with which the Union Territory of Delhi does not even share a border. Districts as far north as Shamli in Uttar Pradesh, which is more than 100 km away, now want to be included in the NCR.

The addition of districts to the NCR has two underlying reasons: one is to get funds for the development of infrastructure from the urban development ministry at the centre; but the more important reason is the increase in land prices that comes as a result.

But the other side of the coin is huge increases in the supply of land now being opened up for investment, purchase and development. This cannot but be a factor in reducing land prices from their peak levels.

It is no secret that builders, politicians and bureaucrats use their intervention powers to curtail land supplies to hold prices high even when there is no real demand. This is because the bulk of their benami wealth in held through land and properties.

A related reason for prices staying high is investor and bank resistance. The problem with an over-priced land market is that too many stakeholders develop a vested interest in keeping prices high beyond the crooks. Banks which lent money do not want prices to fall for this will weaken their collateral values; people who already own properties avoid selling in the hope that prices will rise. Their logic: because prices were once higher, they are stuck on the higher number.

But the laws of economics have begun working. High prices invariably drive a supply deluge, and this is why land is beginning to fall.

If politicians allow policy flexibility on building vertically and invest in infrastructure to connect distant suburbs, land prices have nowhere to go but down in many areas. This is the only way India can house its millions and Narendra Modi can assure housing for all by 2022.

For land buffs, here is the reality: when land starts falling, property prices will weaken further too. The downward spiral cannot be avoided except through artificial restrictions on supplies— which is what politicians have been doing so far. Can they afford to do this always?

Jagannathan is Editorial Director, Swarajya. He tweets at @TheJaggi.
Get Swarajya in your inbox everyday. Subscribe here.
Tags:
1 Shares