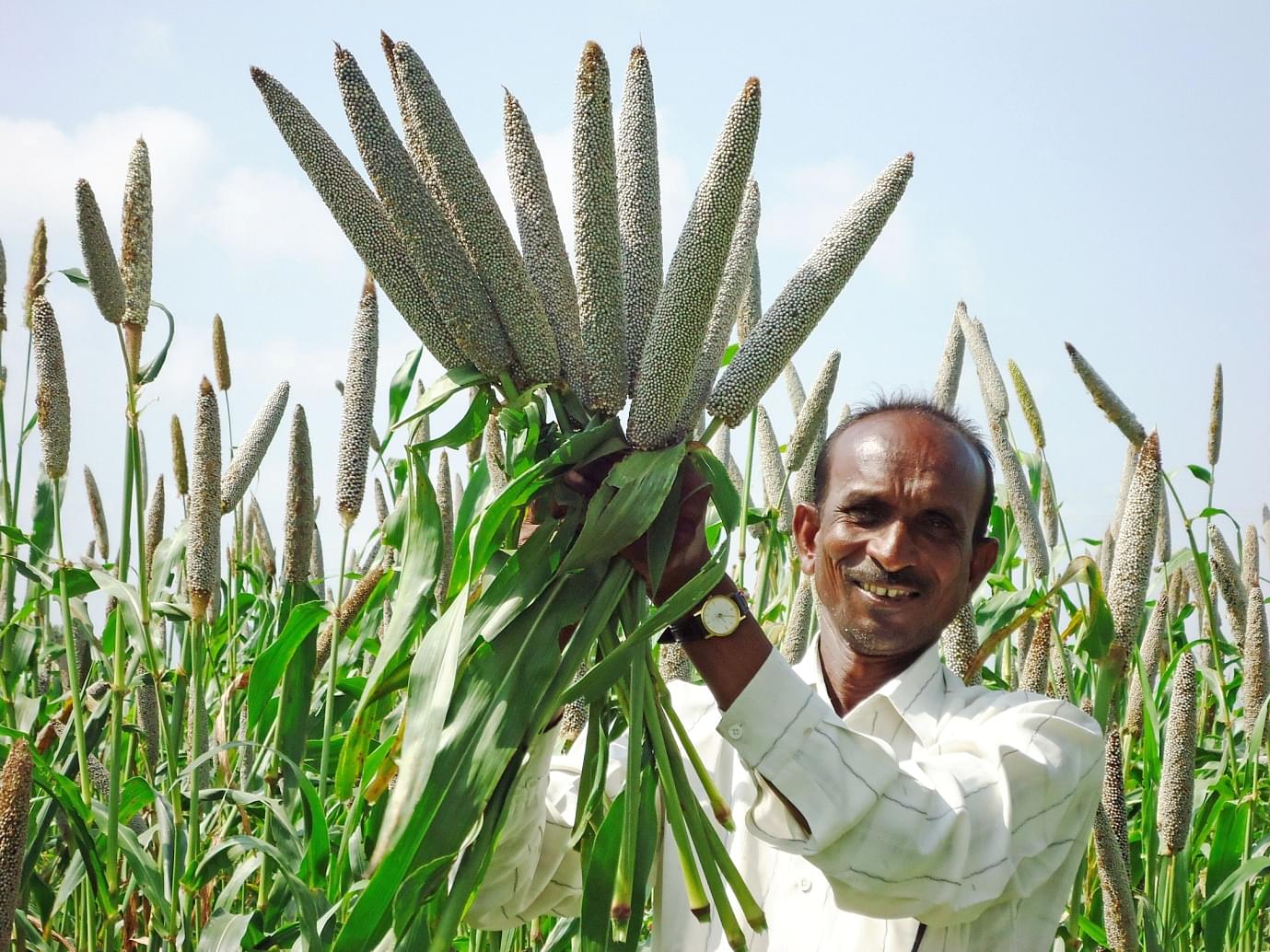 Leave the details to the states. Those states who stand for development will use the land Acquisition Act wisely and clear projects and create jobs. Others will suffer high unemployment and consequent decline in their economy.

Rahul Gandhi has been highly critical of BJP’s new Land Acquisition amendments. His logic, drawn from different parts of his speeches, goes something like this.

“….We don’t want our farmers to become labourers and servants. You should understand one thing, the land is yours, you treat it as your ‘Maa’,the price of it will increase more than gold in coming years Land will be costlier than gold in next 5 years…”

Most politicians shed crocodile tears for the farmers. But, in reality many acquire the land from poor farmers, aggregate it and sell for personal gains. Consider what happened in the land acquisition of the new site for Bangalore international airport.

One group of political leaders wanted the airport at Devanahalli, north Bangalore. The rival political group wanted it in the south, between Bangalore and Mysore. Both groups had cultivated their cronies and had aggregated lot of land. They wanted the Government to acquire their land – getting extra compensation and then making even more money from the land they owned around airport site. The rival group delayed the decision and even let go the Singapore Airlines Tata offer to set up the airport. Both the groups were unconcerned about the airport but rather making money in the land acquisition by the Government. Eventually Congress won the race and the airport has come up in the north Bangalore.

How does the land acquisition happen? There are two ways. First, for most public projects, politicians often ensure that preferred land is chosen to minimise damages to their properties. Hyderabad Metro alignment was said to have suddenly changed to accommodate some political requests. Second type of acquisition is for private corporates where the politicians sell their land already procured through their local agents and land aggregators. How do politicians procure and aggregate such land and then sell to corporates?

First the political class cultivate large number of rural and urban land agents. They sign up farmers with power of attorneys and take sale agreements with token amounts. Those sale prices are far lower. Once the project is announced the politicians work with corrupt bureaucratic machinery and make the moolah by offering the land aggregated via large number of agents who are also often their party workers. Corporates choose land offered by those in power. What is the role of the Government in land acquisition?

While in theory the Government has many responsibilities, in practice the land aggregator does all work and is the one stop shop. Assume a large IT firm wants 100 acres in Bangalore. They do not contact the Government for land acquisition any more. They contact a land aggregator who shows them a few options, fixes the acquisition price very close to the market price and takes full responsibility to contact all farmers, obtain all documents, sale deeds. The same aggregator then contacts the Government officers to prepare the land acquisition notification, survey numbers and publish in the newspaper. A few enterprising land revenue department officials can include Government land, show private owners in fictitious records, disburse compensation to unknown and pocket few crores too.

Why do corporates go to such land aggregators, mostly political class? They find it difficult to approach Government officers, who often have occupied those posts with lot of political patronage. Once the notification is done and compensation is fixed the land is acquired by the concerned land acquisition officer. There is nothing much to do for the officer because the farmers have already offered the land and know the compensation. The Government then pays the compensation received from the corporates. In fact the Government acquisition agency charges a small premium of 5% to cover the costs. Why not pay the compensation to the farmers directly and avoid this premium?

Premiums are paid because the land records in India are in mess. The political land mafias control every inch of city land. Bangalore has seen many false cases where the land mafia claims the land belonging to genuine cooperative societies of employees. They are able to fudge land records as convenient. The lawyers and lax judges make it tough to fight such land mafia. Hence no one is sure about land ownership in India. To avoid all future litigations, corporates go for Government acquisition and pay the premium. Even if the land records turn out wrong the land acquired remains with the corporates free of litigation.

Leave it to states

Most land in cities and around is acquired at market price. The problems can be in poor villages or tribal land. How the tribals should be protected and poor people should be taken care of, can be left to the elected state Governments and local bodies. The definition of public interest, reasonable compensation and rehabilitation should be left to such state and local Governments. The land price in a village in Goa may be far higher than that in Purulia. Let the elected state and local Government deal with the problem of development and rehabilitation in their own way. There is no need for central intervention.

Centralisation does not work

The framework can be as simple as in Land acquisition Act 1894. However the new framework has to contain broad definition of public purpose, higher compensation for poor farmers and rehabilitation for tribals. Allow the State Governments to define public purpose more clearly and determine compensation. Centre can come up with some broad guidelines to protect poor tribals with substantial amount for education and rehabilitation. Just come up with broad framework and let the states amend as necessary.

Narendra Modi was elected to create jobs. It seems the Government is busy in creating and fighting unnecessary controversies. Land is a state subject. Leave the details to the states. Those states who stand for development will use the land Acquisition Act wisely and clear projects and create jobs. Others will suffer high unemployment and consequent decline in their economy. Modi should stand clear of such controversies and focus on job creation sincerely.

Vivek Kulkarni is former IT Secretary, Government of Karnataka, and founder of Brickwork Group.
Get Swarajya in your inbox everyday. Subscribe here.
Tags: