Let MasterCard Cry On Uncle Sam’s Shoulders; India Should Back RuPay To The Hilt 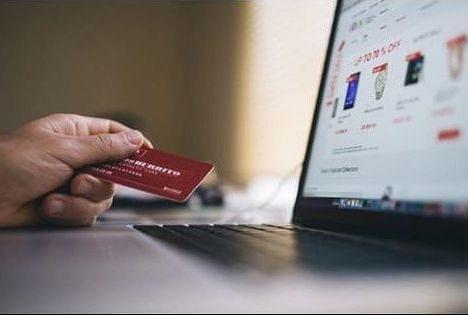 One of the best news to come out of India in recent days – thanks to Jan Dhan and demonetisation – is Arun Jaitley’s claim that India-owned RuPay now accounts for more than half of the Indian card payments system, higher than Visa and MasterCard combined.

In a Facebook post yesterday (8 November), Jaitley said: “Today Visa and MasterCard are losing market share in India to indigenously developed payment systems of UPI (unified payments interface) and (the) RuPay Card, whose share has reached 65 per cent of the payments done through debit and credit cards.”

That’s great, and India should ensure that this push towards payments domination continues unabated.

Interestingly, MasterCard is said to have complained to the US Trade Representative’s (USTR’s) office last June that Narendra Modi is using nationalistic rhetoric to get Indians to use RuPay, associating the card’s use with some kind of “national service”. Thanks to this, MasterCard and Visa are finding it tough to grow market share in one of the world’s largest growth markets for payments.

According to a Reuters report, the note to USTR, which was sent by a MasterCard vice president for Global Public Policy, Sahra English, complained that the Indian government had adopted “a series of protectionist measures” to the detriment of global companies.

If MasterCard has to rush to mamma USTR at a time when Donald Trump is upping the ante on America First, and raising lots of protectionist barriers of his own, one should point out the hypocrisy of it all. But, on the positive side, it shows that India is finally getting at least some of its policies right in order to give itself some hope in a world dominated by global technology platforms.

For every Google, Amazon, Apple and Facebook, China has raised, behind protectionist walls, its own Baidu, Tencent and Alibaba. India, for the most part, has been accepting this new tech colonisation by allowing US and Chinese giants to completely take over the Indian platforms market, with even Flipkart now part of Wal-Mart’s bouquet rather than any Indian’s.

Thanks to the Supreme Court’s judgment last September, we have managed to cripple ourselves even on Aadhaar, which is now restricted only to public purposes, when this could have been used to leverage the IDs of one billion or more Indians and improve ease of doing business. Aadhaar, after suitable strengthening of privacy and data laws, should have been leveraged to give our own tech and telecom giants a head start in the platforms game.

To be sure, we have seen a small, but determined, effort by the Reserve Bank of India to the global tech monopoly by insisting that their data should be housed only locally, but the tech giants are fighting back, using Uncle Sam’s coercive powers to browbeat the central bank and the Indian government. Once again, the chief complainer here is MasterCard. One hopes that the Modi government does not wilt under this pressure, and compromise on these areas.

Among Indian entries in the tech world, one can only be sure that a TCS or a Reliance Jio may have the necessary capital and long-term vision to own a truly India-based platform or pipe that goes into every home. Big data can only be harvested if we own such large platforms, and Indian data now rests largely with foreign companies.

Modi’s Jan Dhan no-frills banking scheme, the National Payments Corporation of India’s RuPay, UPI and Bhim, UIDAI’s Aadhaar and Reliance Jio’s data push are India’s best hopes of clawing something back from the US and Chinese giants of the tech world.

It is time to tell MasterCard to go jump. Let crybabies cry on the shoulders of Uncle Sam. We should not cave in to these threats.