Livestock Laws: Meet Nuggehalli Jayasimha, The Lawyer Who Triggered It All 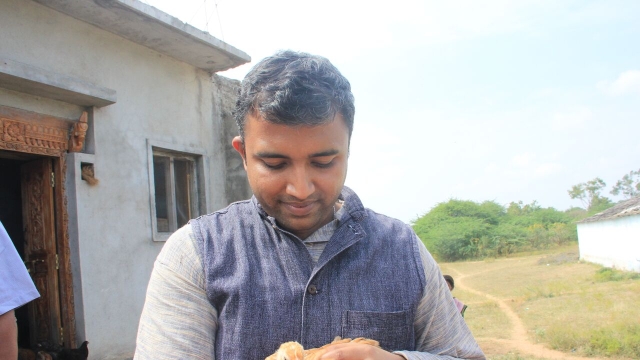 The environment ministry’s rules prohibiting trade for slaughter in cattle markets was based on the Supreme Court’s ruling on two writ petitions. One of them wanted a ban on smuggling of cattle to Bangladesh. The other on the illegal movement of cattle to Nepal for a traditional, massive, five-yearly, temple sacrifice in Bariyapur.

Nuggehalli Jayasimha who represented petitioner Gauri Maulekhi of Dehra Dun on the writ against smuggling to Nepal, says he is “completely opposed to the ban on beef slaughter”. The Hyderabad-based Kannadiga lawyer is a vegetarian and heads the India chapter of Humane Society International, a US-based animal rights group. Maulekhi is a trustee of People for Animals, founded by women and child welfare minister Maneka Gandhi.

Jayasimha believes the slaughter of unproductive cattle is vital for the profitability of the dairy industry and the sustainability of the village economy. He only wants to reduce suffering during slaughter and in the run up to it. He is not ideologically opposed to culling unlike Bharat Krishak Goseva Sangh, the other, Wardha-based, petitioner which wants to end animal slaughter and the use of chemicals in agriculture.

While abstaining from meat-eating is the ultimate virtue, in Jayasimha’s hierarchy of sins, eating a large animal would count for lesser evil as it would spare a large number of smaller animals (say chicken) of suffering.

But what is the logic of banning trade for slaughter in cattle markets? Jayasimha says it is to reduce human interface - the more the points of contact, the more the suffering of animals. Direct procurement by abattoir agents is preferable. But would that not discourage price discovery that happens in markets?

Direct procurers will need a “fitness to move certificate” from registered veterinarians. These are easily available for a small fee, though Jayasimha does not endorse the practice.

If cattle can be traded for agricultural purposes in markets, why not for legal slaughter? The same paperwork ─ undertaking in quintuplicate as required by the new rules for purchase of cattle for agricultural purposes could be insisted upon. Jayasimha does not have the answer. He says he does not represent the government. The queries should be directed at the home ministry, which steered the committee that made the recommendations to the Supreme Court.

Following the writs, a Supreme Court bench headed by Justice J S Kehar formed a committee under the chairmanship of the Director-General of Sashastra Seema Bal (SSB), the force guarding the India-Nepal Border. The other members were the Secretary, Department of Border Management, the Director-General of Foreign Trade (DGFT), the Chairperson of the Central Board of Excise and Customs, Secretary, Department of Animal Husbandry, Secretary, Animal Welfare Board of India in the environment ministry, and chief secretaries of West Bengal, Bihar, Uttarakhand and Uttar Pradesh.

The DG, SSB in his recommendations to the Supreme Court sought restrictions on slaughter, but not a ban. Slaughter must be according to the 2006 food safety and standards act, he said. Rules must be framed to regulate the sale only of healthy animals for “legally authorised purposes,” his affidavit added. (This would include the licensed slaughter of buffaloes and unproductive cattle).

In the same breath, the DG, SSB, said the December 2010 order of the Uttarakhand government should be the model for the country. That order requires owners to give an undertaking they are selling cattle in pashu melas only for agricultural purposes. Buyers also have to undertake not to sell the purchased cattle before six months (one crop season). But the Uttarakhand government order applies to gau vansh or cattle (that is cows, bulls and bullocks), not to buffaloes, unlike the environment ministry’s rules.

Jayasimha says buffaloes have been included because his petition was against their smuggling to Nepal for sacrifice.

The recommendations have an anti-slaughter bias. Seized unproductive animals cannot be given for slaughter. They must be “rehabilitated”. The Uttarakhand, Kanpur Goshala and Pathmeda or Kutch models are cited. Farmers should be “motivated” to give cattle past their prime to cooperative societies, instead of selling them to smugglers (which presumably includes all traders buying animals even for legal slaughter). In return they will get a share certificate for the value of the cattle entitling them to an annual dividend or share in profits made for sale of products like panchagavya, farm yard manure, bio-pesticides and vermicompost. How sound is this proposition? “The economic viability of such a project may be researched by the relevant department before considering implementation,” the recommendations say.

Unproductive cattle could also be parked for five years on unproductive government land by rotation. The improvement in soil health is supposed to pay for the upkeep the animals.

The recommendations to the Supreme Court say that the only way to curb smuggling is to make it unattractive through stricter enforcement of rules and alternative revenue streams. But when there is no licensed export of cattle and buffaloes to Nepal and Bangladesh and there is huge demand for beef, smuggling will happen. Even with the country, if lawful slaughter is not allowed or made so difficult as to amount to a ban, the activity will go underground.

But were the interests of farmers, meat eaters and meat exporters adequately and properly agitated by the committee that gave the recommendations?

While addressing Border Security Force jawans at Angrail in West Bengal, Home Minister Rajnath Singh had praised them for driving up the price of beef in Bangladesh by 30 per cent due to heightened vigil against smuggling (according to a Times of India report of 2 April, 2015). “You further intensify your vigil so that cattle smuggling stops completely and prices of beef in Bangladesh escalate 70 to 80 per cent more so that people of Bangladesh give up eating beef," the report added.

The committee seems to have taken the right cues.

(The author is editor of www.smartindianagriculture.in)