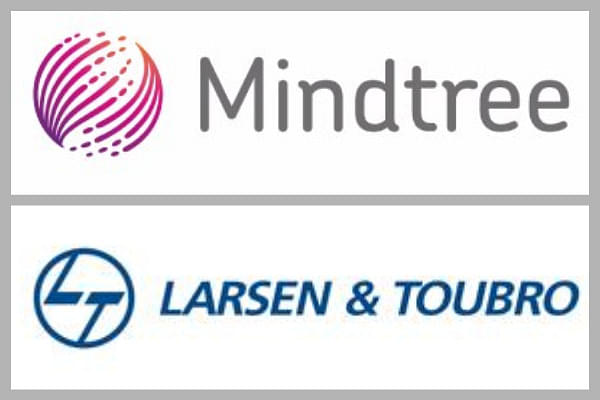 Some 15 years ago, Ashok Soota, then chairman of the India-based Information Technology products and services company, Mindtree, was talking to a group of journalists, including this correspondent, from the first floor of an under-construction restaurant building. We were in the very new Global Village tech park on the western outskirts of Bangalore, just off the highway connecting Mysore.

His arm cut a wide swath as he explained where Mindtree’s new campus was coming up. All we could see then was a dense grove of coconut trees and Soota assured us most of the palms would remain: The architect had been commissioned to build ‘around nature’.

He explained what many then thought was an eccentric concept: The company’s employees were not workers but ‘Mindtree minds’.

Co-founder Subroto Bagchi was officially designated as ‘Gardener’ — tasked with nurturing the company's talent. The corporate mantra was CLASS (Caring, Learning, Achieving, Sharing and Social Responsibility) and its philosophy, as Soota shared it over a cup of filter coffee, sounded like something out of Voltaire's ‘Candide’ — naively optimistic in a harsh business world, and soon to relocate to this idyllic new home.

But Soota and his co-founders turned out to be hard-nosed and savvy as they come, when it came to their core competence. Mindtree, then just five-years-old, was already shaping into a boutique IT services company, shunning the then hugely lucrative outsourced call centre and customer support business.

Rather, they would pitch for more collaborative IT services and contract product engineering, on behalf of global clients, something that chalked up significant Intellectual Property (IP) at home.

By 2011, Mindtree had broken records to become the fastest Indian IT services company to bring in $ 100 million in annual revenues.

The next self-imposed target, to be a $ 1 billion revenue IT company, took longer than planned — five years longer than the 2014 target to be exact — till it was announced in April this year, as part of the fourth quarter results of the fiscal year 2018-19.

An interim dividend of 30 per cent was announced plus a special dividend of 200 per cent to celebrate twin achievements — the $ 1 billion annual revenue and Mindtree's upcoming twentieth birthday on 18 August 2019.

Ironically, this moment of huge corporate pride, came even as Mindtree found itself the object of a takeover bid by another iconic Indian entity, the large and respected engineering services player, Larsen & Toubro.

The infrastructure major had its own colourful history: it was founded 80 years ago by two engineers, Henning Holck-Larsen and Søren Kristian Toubro, who fled to India, when their own country, Denmark, was annexed by Hitler’s Germany, just before the Second World War.

They initially marketed dairy equipment before taking up small construction projects with an Indian partner.

It grew to become India’s largest engineering and construction firm with its stamp on some of the most challenging and iconic structures in India (Delhi and Bangalore airports, Wankhede stadium, and most recently the Vallabhai Patel Statue of Unity in Gujarat) and a revenue of $ 20 billion (in excess of Rs 14,000 crore) in the 2018-19 fiscal.

L&T had already dipped its foot in the IT services business with two entities: L&T Infotech and L&T Technology services, whose combined revenue was just over Rs 7,000 crore last year, almost exactly the revenue reported by Mindtree, in the same period.

It had also created another entity, L&T Nxt, to explore more next-generation technologies.

L&T CEO SN Subrahmanyan thought L&T and Mindtree were made for each other. L&T Infotech had a good presence in banking, manufacturing, oil and gas, and insurance businesses, while Mindtree's strength was in retail, hospitality, travel and technology.

It was a great fit, L&T thought, and even as it was scouting around for an opportunity, it received an unexpected fillip.

Mindtree's largest shareholder, a combination of Cafe Coffee Day and its founder V.G. Siddhartha, was ready to divest its 21 per cent stake. As we now know, in the aftermath of Siddhartha's tragic death on 30 July, the sale was a desperate attempt by the iconic Coffee King to get out of a fatal debt trap.

With Siddhartha's holding in the bag, L&T announced a formal intent to try and acquire Mindtree in mid-March this year, by mopping up as many shares as possible from the company's public shareholders.

They went to the press saying: “The attempted hostile takeover bid of Mindtree by Larsen & Toubro is a grave threat to the unique organisation we have collectively built over 20 years. Since we started the company in 1999, we have built a rock-solid organisation that outperforms its peers in IT services, differentiates and innovates through digital, and consistently delivers strong financial results and favourable returns to our shareholders. We’ve also carefully created a differentiated corporate culture made up of our amazing “Mindtree Minds” ...... A hostile takeover by Larsen & Toubro, unprecedented in our industry, could undo all of the progress we’ve made and immensely set our organisation back”.

That launched a media maelstrom about “Indian IT industry's first hostile takeover”. Bagchi, who had given up active leadership at Mindtree to head the Odisha Skill Development Authority, resigned and rushed back to Bangalore on a rescue mission.

In a passionate appeal to Mindtree staff he wrote: “The builders have arrived with the excavators, bulldozers, chainsaws, cranes and the impeccably drawn up blueprint to raze Mindtree... (but) remember, you hold the Tree.”

The takeover had become hostile — because the co-founders and promoters made it so. No one asked the shareholders, who had a right to make up their own minds. In fact, the founders collectively held just 13.32 per cent stake in Mindtree.

Add that to Siddhartha's 21 per cent, now with L&T, and that still left well over 60 per cent in the hands of third parties. Not all of them bought the founders’ view that the two companies were culturally incompatible.

At least, enough of them disagreed, for L&T to soon mop up the shares to achieve a total holding in Mindtree of just over 60 per cent. The takeover had happened.

In mid July, Bagchi, Parthasarathy, Natarajan and Ravanan, resigned. Throughout the acquisition drama, L&T played it low key, avoiding a public spat in response to provocative outbursts from the old promoters, while quietly working to achieve the numbers for a controlling stake.

Its group chairman, A.M. Naik, who took over as Mindtree Chairman as well, wrote to his new employees thus: “You are now artists with a much larger canvas before you, more avenues leading up and more opportunities to do what you do best”.

Its first big management change — to fill the post of Mindtree CEO and Managing Director — reflected the respect L&T brought to its new acquisition. Not just one of its senior staff, but a highly qualified outsider, Debashis Chatterjee, till recently, President in charge of global delivery and digital systems at the US-based IT services giant, Cognizant, was chosen.

No one, even at Mindtree, could fault his credentials to lead the new entity which, if one added L&T's two tech subsidiaries, made for a company, no longer just mid size, but an entity with a combined turnover of around Rs 12,000 crore plus the head count and skills to match.

Mindtree could finally take on the Big Indian Three: TCS, Infosys, Wipro, something that was out of reach till now.

Here too, there was irony: Twenty years ago, in August 1999, seven senior employees of Wipro plus three US based ‘techexecutives’ — Anjan Lahiri, Scott Staples and Kamran Ozair from Cambridge Technologies — joined to start Mindtree. The Wipro employees — Ashok Soota, Subroto Bagchi, Krishnakumar Natarajan, S Janakiraman N.S. Parthasarathy, Kalyan Banerjee and Rostow Ravanan — enlisted one by one in a manner that recalls the movie The Magnificent Seven, as Bagchi, a prolific writer in his spare time, narrates, in a blog The Making of Mindtree.

But that time, there were no recriminations. Though he suddenly found many key departments headless, Wipro founder-Chairman Azim Premji, always the gentleman ‘parfait’, joined in celebrating the new company at an inaugural get together. Today, many of these stalwarts have moved on to address other challenges.

Even their bhishma pitamaha, Ashok Soota, the man whose stamp is all over Mindtree's unique work culture and business practice, suddenly — and still inexplicably — quit as Executive Chairman in January 2011 and soon started a new company, Happiest Minds.

This was the first moment of corporate crisis for Mindtree and it came at a bad time, when many were critical of some managerial calls — like a brief and unsuccessful foray into wireless products and unbranded “white” phone manufacturing, that saw $ 8 million go down the drain.

But Mindtree survived and had its Second Coming — by seeing the garam hava of digital technologies like Artificial Intelligence and Internet of Things, well ahead of the competition; by boldly creating multiple delivery and R&D centres in the US and being the best in breed in most niches it addressed.

Its acquisition now is not by some corporate raider but by a name as respected as its own. Analysts see it as a natural evolution for Mindtree, the only way it can scale up and scale out, to compete in a ferociously competitive global maidan. The founders created a compelling and proudly Indian brand.

Now they have moved on — albeit reluctantly — and it is time for Mindtree to chart a new path, led by a new owner, L&T, who can match it project for project, when it comes to reputation and innovation.

The combination is a force to be reckoned with nationally and internationally, in the high technology services ecosystem.