Modi Govt Has Made a Start, But More Loss Making Companies Need to Be Shut Down 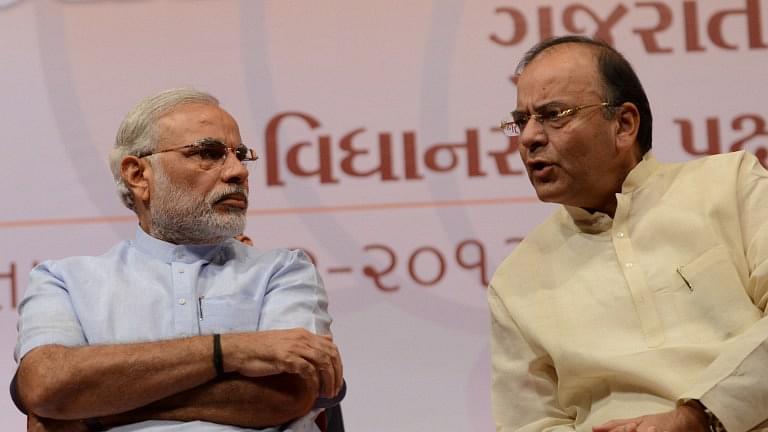 On 28 September, the union cabinet led by Prime Minister Narendra Modi, decided to shut down Hindustan Cables Ltd. This is one of the best decisions that the Modi government has made in the recent past and I sincerely hope that this trend to shut down loss-making public sector enterprises continues.

Hindustan Cables has had no production activity since January 2003. Take a look at the following table. The company accumulated losses of Rs 5,847 crore in the decade spanning 2005 and 2015:

Given that it has not produced anything since 2003, the closure has taken way too many years to finally happen. Other than the losses, the company also managed to accumulate a huge amount of debt. As of 31 March, 2015, the company had a total debt of Rs 5,963 crore. And not surprisingly, the interest that needs to be paid on this debt was the biggest expense of the company.

In 2014-2015, the total interest on debt amounted to Rs 747 crore. The company stopped production in 2003. Given this, it was not earning anything from its operations. In this scenario, in order to continue paying the employees on its rolls, it had to borrow money. Employees' remuneration and benefits at Rs 113 crore was the second largest expense of the company.

This basically means that the government chose to run a loss of Rs 933 crore in 2014-2015, just so that 1,500 people continue to have a government job. By keeping Hindustan Cables and many other such companies alive, the government has gone around wasting the hard earned money of taxpayers over the years.

The other good thing that will happen is that the government will end up with a lot of land (on which any public sector enterprise like Hindustan Cable sits). The 2014-2015 annual report of Hindustan Cables points out that the company got land free of cost from state government of West Bengal as well as erstwhile Andhra Pradesh. This land should be returned to the states and can become a part of the land bank that states can use to attract industries.

This is very important given that the land acquisition policy in the country remains a mess. Hence, land from public sector enterprises which are shut down can be an important source of land in the short to the medium term, for a programme like Make in India to take off.

Further, it is important that the government continues with this and shutdowns more loss making public sector enterprises in the time to come, especially those companies which haven't been producing anything for a while.

The funny thing is that the company was referred to the Board for Industrial and Financial Reconstruction (BIFR) under the terms of the provisions of Sick Industrial Companies (Special provisions) Act, 1985, in October 1995.

Interestingly, the BIFR had confirmed its opinion for winding up the Company in an order in January 2003. This company has continued to exist and accumulate losses as well as debt. The total debt of the company as on March 31, 2013, had stood at Rs 7,692 crore. This debt had been taken on in order to ensure that the company continues to operate despite making losses.

As in case of Hindustan Cables, the total production of the company had more or less collapsed: During 2012-2013 (the latest annual report that I could find) the total production of the company stood at Rs 3.6 crore. The sales had stood at Rs 3.7 crore. Now, imagine who in their right minds would run a company with sales of under Rs 4 crore, which ends up with losses of more than Rs 1,500 crore, during the course of the year.

The most obvious explanation could have been that these losses helped people continue to have jobs. So how many employees does Hindustan Photo Films employ? As of 31 March 2013, it employed 687 individuals. This had fallen to 348 by 31 March, 2015.

What does this mean? The government chose to run a loss of greater than Rs 2,164 crore in order to keep 348 people employed. Of course, all the money being spent is not going towards employee salaries. The biggest expense of such companies is paying the interest on the debt that they have accumulated over the years. In order to pay this interest, they need to take on more debt. A perfect Ponzi scheme, if ever there was one.

When companies borrow to survive their structure becomes akin to that of a Ponzi scheme. They survive by borrowing and then using that money to pay off the interest on outstanding debt as well as debt that needs to be repaid. In case of government companies this can go on endlessly given that the lending is ultimately backed by the government.

To conclude, it's about time that along with Hindustan Cables, the government shut down Hindustan Photo Films and many other such Ponzi schemes that it has been running for a while.

This article was originally published in Vivek Kaul’s Diary — a newsletter that cuts through the noise and presents actionable views on socio-economic developments in India and the world. He is the author of a trilogy on the history of money and the financial crisis. The series is titled Easy Money