Modi In Silicon Valley: Results Will Show After A Lag 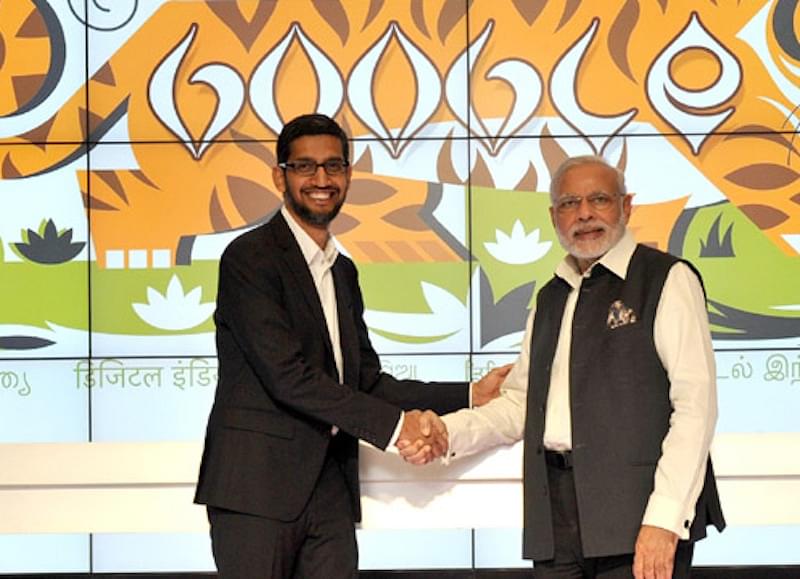 Notwithstanding the optics generated over the Prime Minister (PM) Narendra Modi’s visit to Silicon Valley over the weekend, it might be some time before the fruits of the trip becomes discernible. Besides generating investment, it is the potential spillovers that give rise to the increased interest in the visit. Google and Facebook do have extensive presence while Apple and Tesla are yet to get going aggressively in the Indian market. Discussion between PM Modi and the cream of Silicon Valley might touch multiple contours meriting a deeper examination.

Aside the hype, the primary objective remains attracting investment (capital creation in macroeconomics jargon) from businesses in US, surplus with funds. The visit therefore has to be looked as a subset of broader and deeper engagement with global business leadership over the last 16 months or so.

Investment is financed either through or a combination of domestic savings, government savings, and savings of the rest of the world.

Constant private or household savings and continued fiscal deficit implies widening current account deficit. Compensating the deficit creates a need to tap foreign funds in creating capital account surplus. In other words, either foreign direct investment (FDI) or portfolio investment (FII) has to increase to bridge what economists’ term as twin deficit paradox. It is therefore not surprising to find PM Modi having interactions with the business leadership. (Read the author’s post here for more details).

Unlike South East Asian countries, India’s obsession with import substitution ironically hindered its development. To add to its suspicion about Western firms, geopolitics and geoeconomics resulted in many technology firms blacklisted in the West. ISRO or Atomic Energy Department might have succeeded in difficult circumstances but same cannot be said of many others including DRDO.

PM’s visit might be the opportunity for the Silicon Valley to pursue greater understanding of the new evolving ecosystem. Indian accomplishments assist greater knowledge and experience sharing possibly reducing costs of market access and product development besides exploiting probable economies of scope.

Spillovers are potentially numerous. Apple’s greater involvement in Indian market perhaps might lead to development of more apps for ‘i-ecosystem’. These new apps are likely to result from start-ups or from people desiring to leverage their ‘cognitive surplus’ – making use of their surplus time to do something constructive. Google’s search database of millions of terms might be leading indicators for probable tourism hotspots allowing the tourism industry to better its forecasting models. Facebook, Google, Microsoft etc. can contribute increasingly to the success of Digital India.

As Energy internet gathers pace and energy storage progresses into next stage of its lifecycle, India may well lead the field in building and distribution capacities thus providing tremendous opportunities for Tesla. PM Modi is essentially betting on potentially revolutionary models of Tesla to alleviate power shortages which if successful might yield exponential dividends.

While critics contend Make in India to be a proxy for import substitution, it in fact is a key element of job creation in technology and manufacturing sector. India’s cost advantage, copious talent pool, diverse consumer base; all offer lucrative opportunities for India to stand on its own relative to China. The success depends upon the ability of PM and his team to convince the Silicon Valley about the conduciveness of the Indian ecosystem for such technological ventures to flourish enabling the return attractive returns. It is therefore smart thinking to organize interaction between Indian start-ups and the who’s who of the Silicon Valley.

Tesla has been a pioneer in energy storage, the last big puzzle in the energy business. Despite energy starvation, India in earlier times might have just been unable to capture the growing interest in energy storage. Yet today, it potentially is a vital market amplified by the increased focus on renewables like solar, wind, tidal etc. Tesla’s journey from electric car manufacturer to a pioneer in energy storage might offer multiple lessons to Indian industry. Going forward, the question is the time span for price reduction to enable it to penetrate the mass market. India’s R&D talent base and manufacturing prowess can enable it to secure a strong foothold in the energy storage industry thus of mutual benefit to both Tesla and India.

Internet of Things, for chance of success, diffusion among masses is indispensable. IBM might have been the pioneer, but Google and many others are not far behind. With more new players both large and small likely to enter this space, software propelled appliances might be the future across sectors from power, water, oil and gas, transport, automobiles, housing, durables to name just a few.

China may host factories, yet both technology and non technology sector continues to be dominated by either Western firms or from Japan or Korea. Google, Microsoft, GM, GE, Sony, HP, Deloitte etc all demonstrate this. Very few Chinese or Indian names find themselves in this list. As the author explained here, the West secured an early advantage thanks to a heady cocktail of Stanford University, entrepreneurial culture and venture capital base facilitating Silicon Valley to extract the maximum of agglomeration economies. In the non technology, brick and mortar sector, firms like Sundaram Fasteners, Bharat Forge among others have occupied critical nodes high in the value chain. Similar possibilities are likely to happen in the technology sector as demonstrated by Chinese firms like Xiaomi and Alibaba. This perhaps might be biggest spin-off in the long run from the PM’s personal interactions with the leaders of the Silicon Valley.

Many Indian engineers have succeeded in carving a space for themselves in the Silicon Valley. It is not about Sundar Pichai or Satya Nadella but those scores of engineers who are the backbone of the product development that happens in these firms. Not all of them are necessarily graduates of IITs or NITs or BITS etc. Many are products of lesser known engineering colleges. Given similar environment back home, they can replicate the success stories. Furthermore, it might be the impetus for newer locations to emerge away from traditional bastions like Bangalore, Hyderabad, Pune etc.

The significance of this visit cannot be measured within a mere day or weeks but the outcome would be visible over a 3-5 year time horizon as these firms start committing themselves to varying degrees into the Indian economy. For all the hype and debate, there are always unintended spillovers. Paul Kennedy writing in his book ‘Preparing for the Twenty First Century’ talks about the technology widening the divide between the rich and poor countries yet the outcome was quite the opposite with countries like India and China emerging on the global power radar.

Examining the trajectory of Indian IT industry does indicate lot of unanticipated turns. For all the capitalistic characteristics the mobile was to symbolize, it has ended up being one of the crucial tools in empowerment of the underdeveloped. It might just be a similar story that happens with the increased presence and involvement of the technology sector. The unforeseen ways in which technology aids India’s upward movement will determine the future of the seeds sown during the visit.