Modinomics: For The Middle Class, Against The Meddling Class 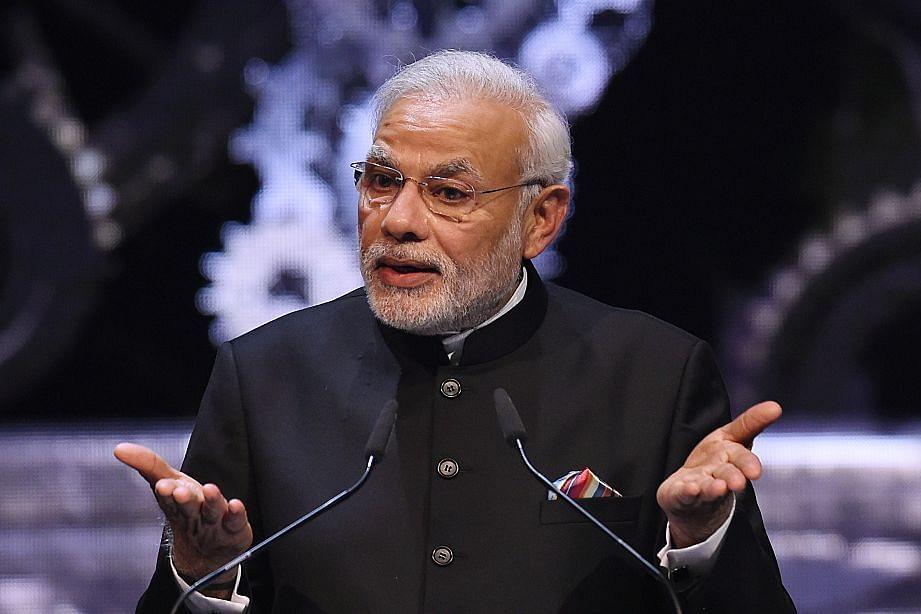 As election season gathers steam, it is only befitting to do a redux and remember what the essence of 'Modinomics’ that Budget 2019, announced in February this year, sought to build upon.

If there is one aspect for which Budget 2019 will always be remembered as path-breaking, it will have to be for the holistic tax proposals that will completely alter the lives of more than 3-crore middle-class taxpayers - comprising small traders, salaried, self-employed, pensioners and senior citizens.

While Piyush Goyal did not tinker with the tax slabs or the tax rates while presenting Budget 2019, he has given a full rebate for taxpayers having taxable income up to Rs 5 lakh, which will give a tax benefit of close to Rs 18,500 crore to an estimated 3-crore taxpayers. If one adds the Rs 4.75 lakh tax exemptions that one can use, then practically speaking, for a salaried individual, up to Rs 9.75 lakh of taxable income will attract no tax whatsoever, provided all the exemptions are availed, and this is nothing short of historic!

The figure of Rs 4.75 lakh has been arrived at as follows:

The non-salaried - since they do not get the benefit of Standard Deduction of Rs 50,000 - need not pay any tax up to a taxable income of Rs 9.25 lakh, provided that all the available rebates, concessions and tax breaks are utilised under various sections, like Section 80-C, 80-D, and 80-CCD, along with the deduction of interest on housing loan, and so on.

While it is true that, practically speaking, it is rare for anyone to use all the tax breaks available in a given financial year for various reasons, it is also true that by simply investing only Rs 1.5 lakh in tax saving instruments under Section 80-C, one can still end up paying zero tax for taxable income up to Rs 6.5 lakh per annum!

In short, Budget 2019 has been a bonanza for the ‘Great Indian Middle Class’ that can now afford to splurge even more because this Budget will tremendously boost the amount of disposable income and thereby increase their purchasing power. Consumption demand, which has been growing in the range of 6-7 per cent, will get a massive impetus and this has the ability to catapult India into a much higher orbit in terms of both the GDP and per-capita income too.

Other benefits like increasing the Tax Deducted at Source (TDS) threshold on interest earned on post office and bank deposits from Rs 10,000 to Rs 40,000, will significantly benefit small depositors and non-working spouses, who will no longer need to file Form 15G to claim tax benefits, as they had to do earlier if the interest they earned was in excess of Rs 10,000 per annum.

A big benefit for the upper middle class, clearly, is the decision to do away with the tax on notional rent for a second self-occupied house and allowing for tax benefit on capital gains from house property. For instance, currently, under Section 54(b) of the Income Tax Act of 1961, a consumer is allowed to save tax on the capital gains made from selling a residential property by buying one more residential property. However, once the new budgetary proposal comes into effect, a home buyer can save tax on capital gains of up to Rs 2 crore by investing in buying two homes but this benefit can be availed only once during one’s life-time.

The benefits of Section 80-IBA have been extended by a year for housing projects approved till 31 March 2020. Also, the Budget has increased the exemption limit on TDS on rental income from Rs 1.8 lakh per annum to Rs 2.4 lakh per annum. This will directly benefit those who own two houses and give one on rent.

The unfounded allegation by a moribund Opposition and certain sections of the media that this budget is high on populism and indulges in fiscal profligacy, is mere hogwash. As Economic Affairs Secretary, Subhash Chandra Garg pointed out that against a targeted fiscal deficit of 3.34 per cent in 2018-19, post the incentives announced, the fiscal deficit will still be reined in at 3.36 per cent of the GDP in the current financial year and the slippage of 0.02 per cent, in absolute terms, works out to roughly Rs 3,000 crore only.

Even a fiscal deficit of 3.4 per cent, which is where it will likely come in at, works out to an extra burden of only Rs 9,000 crore, which is 'manageable', given the umpteen non-tax alternatives that the government can tap into going forward. In fact, the Modi government has reduced its borrowings for 2018-19, in comparison to the Budget Estimate (BE) by as much as Rs 1.60 lakh crore, by not doing a buyback, but instead, shifting some of the borrowings to be met from the the National Small Savings Fund (NSSF).

The gross borrowing programme for 2018-19, stands at a little over Rs 5 lakh crore, which is very reasonable for an economy growing at well over 7 per cent, with retail inflation at well below 3 per cent. Do note that retail inflation for December 2018 stood at just 2.19 per cent.

Besides the various measures to boost rural consumption, unveiling the biggest pension plan in the world for the marginalised sections within the unorganised sector and higher allocation for the scheduled castes and scheduled tribes, concessions for the housing sector, and, leaving more money in the hands of the middle class through a plethora of tax rebates, one aspect of the Budget that is set to uproot corruption in a big way and remove any form of tax terrorism, is the elimination of a manual interface between the taxman and the taxpayer in the next two years.

As Piyush Goyal said, going forward, almost all verification and assessment of returns selected for scrutiny will be done electronically through an ‘anonymised’ back office, manned by tax experts. In the new system, the taxpayer will not come to know who is the tax official handling his or her case and the taxman will have no idea about the identity of the taxpayer.

In fact, in the 2017-18 time-frame, 99.54 per cent of the income tax returns were filed online and accepted just as they were filed, with no modifications sought. To that extent, the Modi government deserves kudos for not only bridging the governance deficit left behind by an inept Congress-led UPA but for also removing the trust deficit between the two most important stakeholders in a democracy - the duly elected government and the citizenry.

Speaking of numbers, from a little over Rs 6.3 lakh crore in 2013-14, to being on-course to collecting well over Rs 11.5 lakh crore in 2018-19, ‘Modinomics’ is a classic case study of how better tax compliance and digitisation of the tax filing mechanism has led to a stupendous 83 per cent surge in direct tax collections.

While mechanisation of the tax system brings in greater transparency, making officers accountable for resolving disputed cases within an automated, time-bound framework is easily one of the best examples of 'Minimum Government, Maximum Governance’ - something that the Narendra Modi government has always advocated, by upholding the integrity of democratic institutions in its truest sense.