MPC Appears As Clueless As Before: The Futility Of Monetary And Fiscal Policy Acting In Isolation 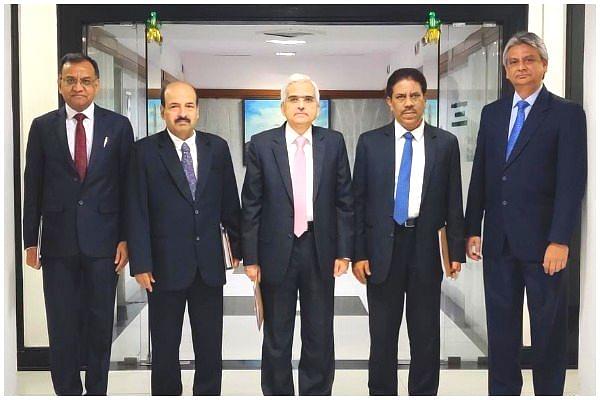 The Monetary Policy Committee’s (MPC’s) unanimous 6:0 decision to hold rates in the midst of an accelerating slowdown once again underlines several futilities.

One, the first futility, was giving the committee a single-point target of holding inflation rates in the 2-6 per cent range, with 4 per cent being the mid-point. When confronted with a recent surge in consumer inflation, the MPC has been frozen into inaction due to its inflation mandate.

Two, unanimity in the MPC means nothing, for it may merely signify that all of the members are playing safe, or equally clueless about what to do in a given situation. If, in the past, the MPC consistently overestimated the inflation challenge, now it may be guilty of underestimating the growth challenge.

Nothing else can explain why the repo rate was kept at 5.15 per cent when it simultaneously brought down its own GDP estimates from 6.1 per cent to 5 per cent in 2019-20.

Six heads (in the MPC) are not necessarily better than one, which was the pre-MPC situation where monetary policy was the Reserve Bank Governor’s sole prerogative. He was advised by a technical committee, but was not bound by its advice.

Earlier the Governor was accountable for his decisions, at least in the public eye, but now, operating within the safety of a six-member group, he has others to share the blame. In fact, the tendency in the MPC may be to promote groupthink and play safe, with no one ultimately accountable for policy mistakes.

Three, the third futility is to assume, especially in the Indian context, that monetary policy can work in isolation of fiscal policy. The truth is the bulk of retail inflation is influenced by food and fuel, both of which are influenced by fiscal policies and administrative pricing, not interest rates.

On the other hand, interest rates themselves can be directly influenced by fiscal policy, where rate subventions can be offered to favour specific segments of borrowers (example, affordable home buyers, exporters, senior citizens, farmers, etc). How can the MPC’s rate policy be effective if actual lending and borrowing rates are subsidised by fiscal policy?

The only logical way to boost growth and keep inflation under control is for fiscal and monetary policy to jointly decide which one will take the lead in tackling which issue. It makes no sense to say the MPC will focus on inflation, while growth is largely left to fiscal policy and long-term reforms.

In the current scenario, where growth appears to be a bigger challenge than inflation despite the recent spike in the Consumer Price Index, we need both fiscal and monetary boosters acting in tandem.

It is possible to claim that since past rate cuts have not been fully passed on to borrowers by banks, there is no point cutting rates further. This again underscores the need for joint fiscal and monetary policy action.

Rate cuts are not being passed on due to the still lingering effects of bad loans on bank books. The key to aligning actual lending rates with past repo rate cuts is quicker bank recapitalisation and writeoffs of bad loans. The latter is purely the result of fiscal action.

On the other hand, a rate cut sends the right message to the markets about prioritising growth despite nascent threats of inflation. Rate cuts help banks make profits on treasury securities and write off bad loans faster. They also help the government finance the higher fiscal deficits necessitated by slowing growth at cheaper rates.

If anybody thinks the MPC and the Finance Ministry need to act independently, they need to have a rethink. In India, there is very little scope for such independence that leads to sub-optimal results on both growth and inflation.