No, We Are Not Living Through A Fiscal Crisis; Here’s Why 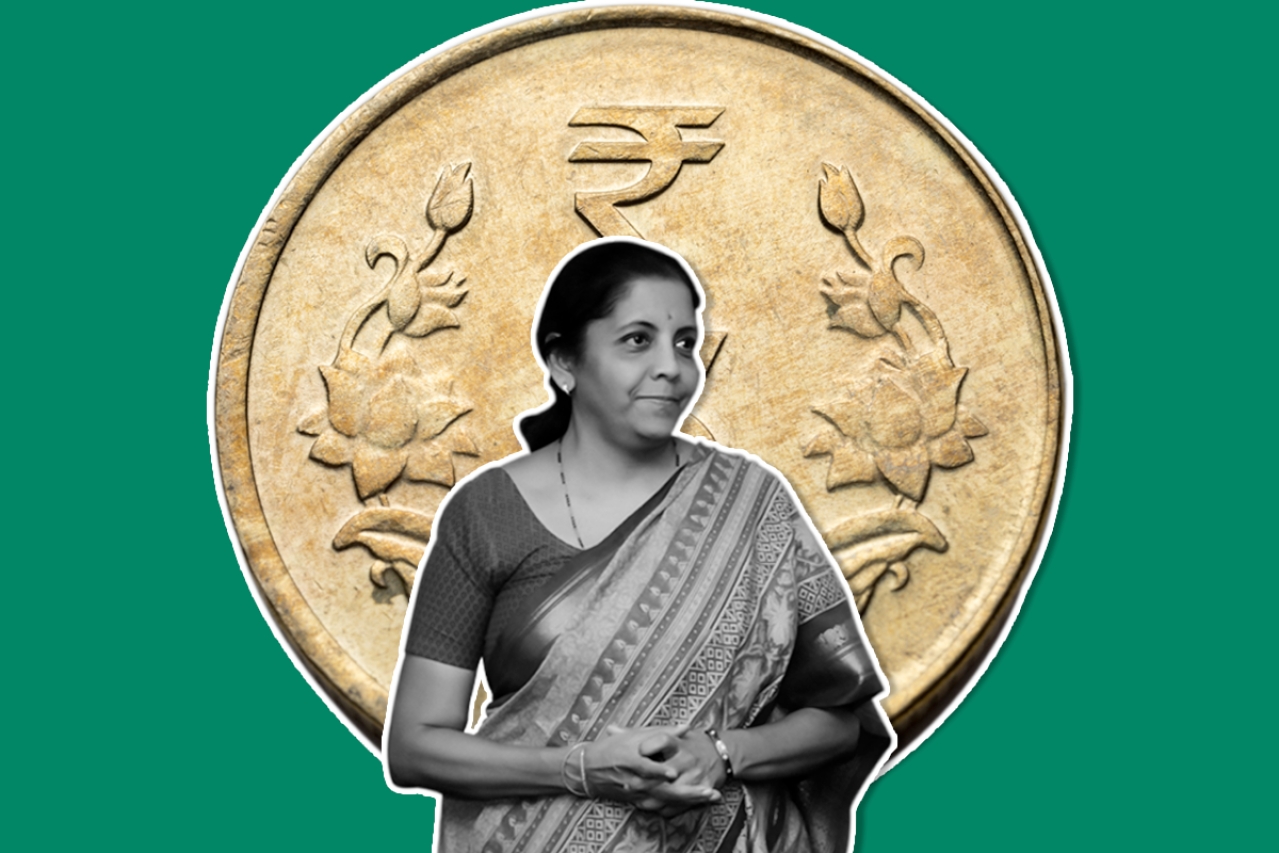 The first time I heard of a hypothesis that India is going through a fiscal crisis I was alarmed — specifically because we had seen robust increase in tax compliance in preceding years.

Had our expenditure plan shot up well beyond our means just as they did between 2009-2014? That hadn’t happened. So what’s the reason behind the recent discussion on a fiscal heart-attack?

Dr Rathin Roy believes it is to do with the GST as he argues that that is a major reason behind the shortfall in revenue. He further believes that India is undergoing a structural slowdown because he adds his belief of us being in the ‘middle-income trap’.

Unfortunately, there are reasons to believe that he’s missed out on an important part of the puzzle, which when considered, leads us to conclude that all the above inferences are incorrect and inconsistent with what we know has happened with the economy.

First off, leading scholars have empirically disproved the ‘middle-income trap’ hypothesis and it is very unlikely that India will be caught in something that hasn’t been proved to exist anywhere in the world. But today’s article is not about the middle-income trap and I will discuss that issue at length on another day.

As far as Dr Ray’s assessment of a structural slowdown is concerned, it isn’t new, and he had discussed the same post the third-phase of 2019 Lok Sabha elections.

Whether the timing was a coincidence or not is a separate issue altogether but till recently, many economists believed that the slowdown was structural — while some commentators like me believed it to be purely cyclical.

There was a small contrarian minority that believed the slowdown to have both structural and cyclical contours.

As it turns out, today with available data we know for a fact that our present slowdown is indeed cyclical but certain sectors do face structural constraints such as the real estate sector.

Regular readers are aware of previous articles where I’ve discussed this issue at length (read them here and here). The fact that growth figures for Q1 came at 5 per cent conclusively demonstrates that at the minimum there’s a 150 to 200 basis point decline only because of cyclical factors.

Therefore, addressing them can bring us back to a 6.5–7 per cent growth rate or even beyond, given that the structural issues prevail in only certain sectors.

Now the issue is whether we’ve got a fiscal problem due to GST or not; and I would like to reiterate that tax revenue is a function of tax rate, economic growth and tax compliance.

The fact that post the second quarter we saw a growth slow down should in itself lead one to conclude that there will be a revenue shortfall. Yet, people are surprised to see the tax shortfall and have blamed GST as a factor responsible for the same.

Some people even believe that the present slowdown is because of the GST as they ignore real interest rates and the NBFC crisis. These ‘knowledge-proof’ guys who don’t bother taking a look at data cannot be convinced, and the fact that their prognosis is wrong should further ensure that their policy prescriptions aren’t taken seriously.

Now on to the fiscal issue, two aspects are worth considering; first is what’s happening to the tax revenue and the second is with respect to its distribution across states.

It is important to recognize that as far as inflation is concerned, it has been seriously moderated over the last 5 years and therefore, it is only natural that if our real growth has been range bound, we will see the nominal growth slow down.

The fact that both real and nominal growth has been low explains the tax collection shortfall. Moreover, the robust increase in GST collections further suggest that its incorrect to blame it for the current shortfall. 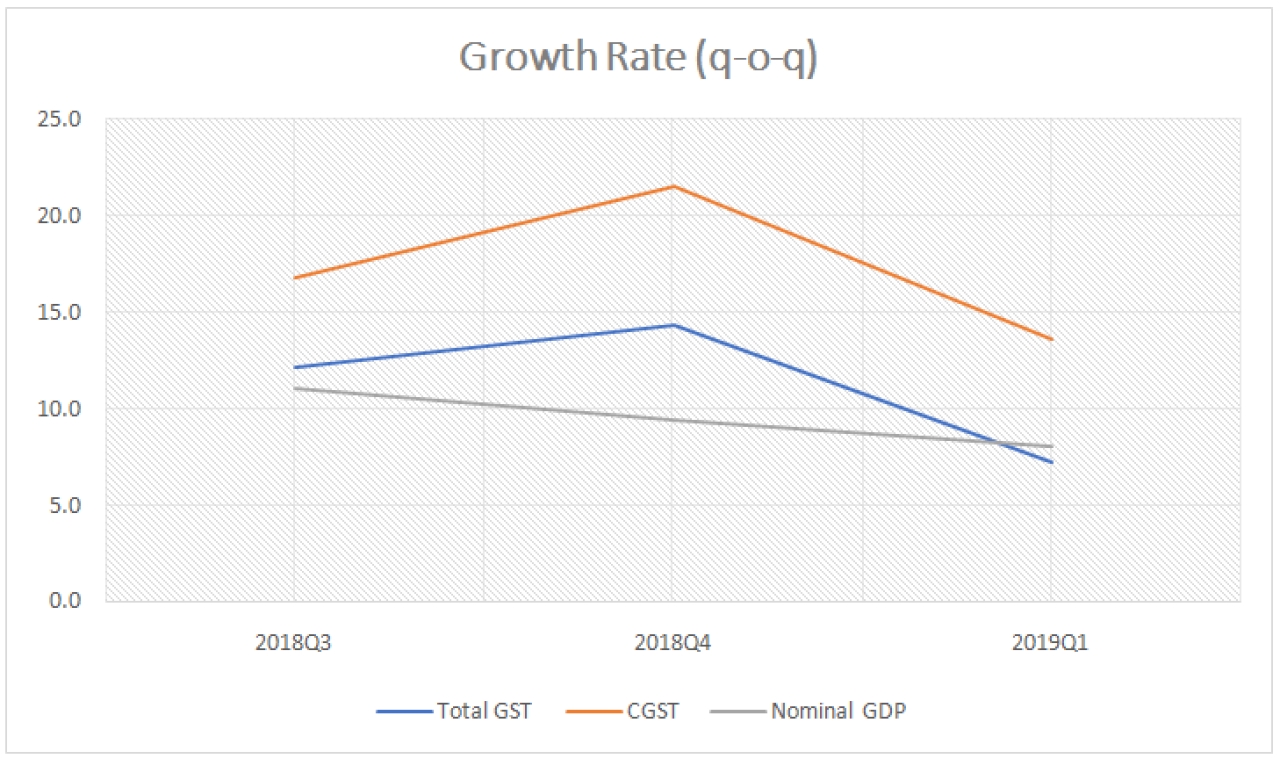 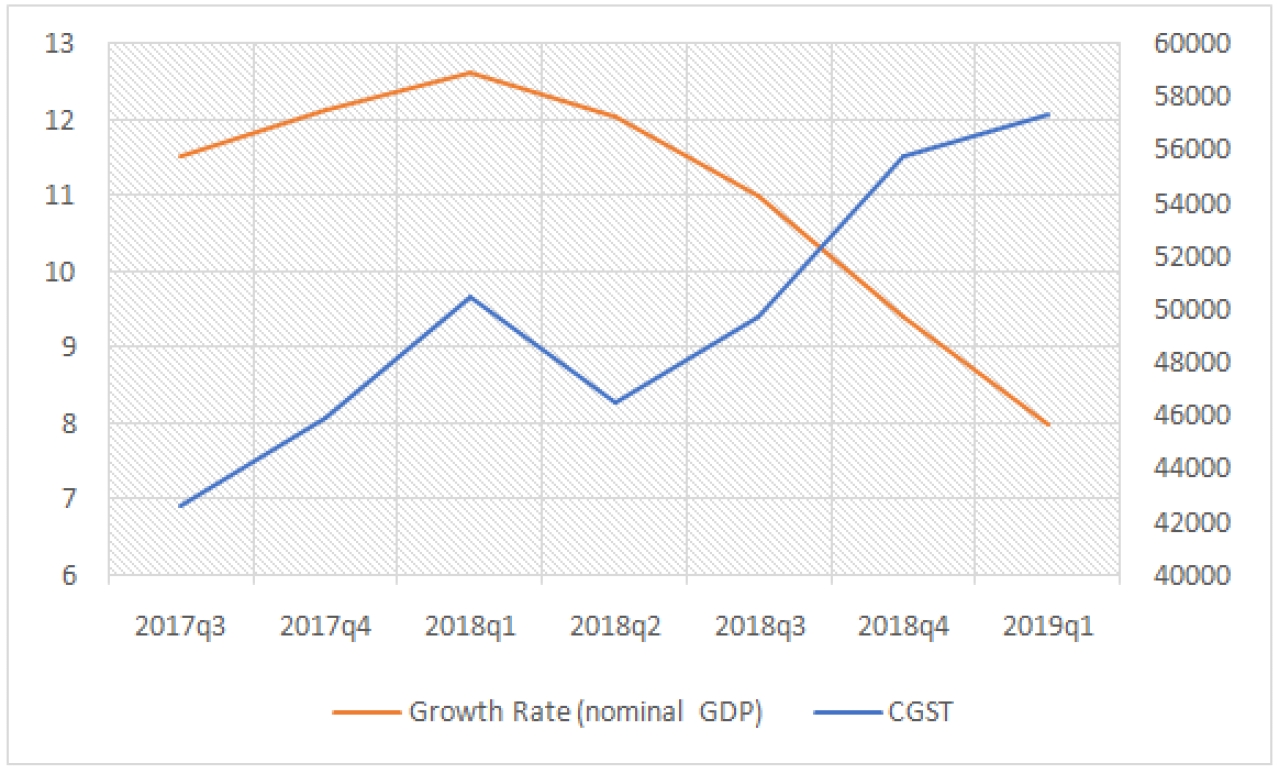 Growth rate (nominal GDP)  and CGST over past quarters since 2017 Q3.

As far as devolution to states is concerned, there’s a need to take a step back and re-evaluate whether to offer states an addition compensation for three more years till 2025.

Instead, states should be pushed to get their act together as far as fiscal prudence is concerned. We can’t have the central government pay for their fiscal indulgences.

As far as revenue forgone by states is concerned, there’s a need to re-evaluate the quantum of this revenue foregone as we’ve seen a lower level of inflation and a low level of growth. It is important to realize that fiscal commitments by the central government to states in the past can become a problem in the future.

It is very likely that Q2 growth for this year will be at 4.9–5.3 while for third quarter, as things stand, it will be at 5.8–6.2. But, revenue shortfall is likely to continue for the current financial year and this should definitely not come as a surprise!

Get Swarajya in your inbox everyday. Subscribe here.
Tags:
62 Shares