Pay Commission Hikes: How Will They Affect The Economy And Government? 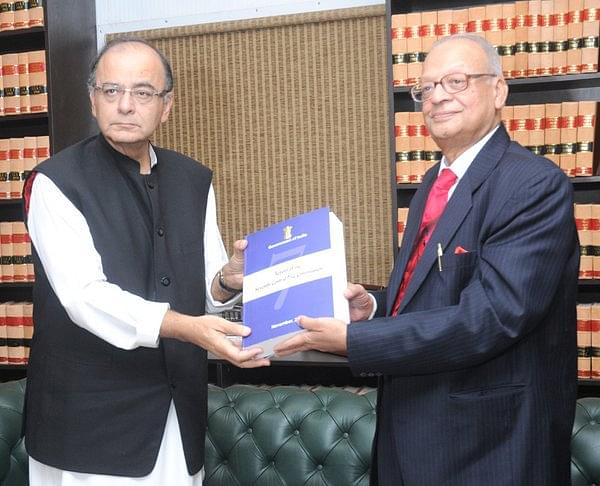 The Seventh Pay Commission recently submitted its report to Finance Minister Arun Jaitley. If its recommendations are accepted, here’s what it would mean for the economy and governance at large.

The tabling of the report of the 7th Pay Commission, appointed by the previous UPA government in  February 2014, has spread good cheer amongst central government employees. It recommends a 23.55% hike in salaries/ allowances/ pensions in monetary impact terms over the existing slabs. The Commission, headed by Justice A.K. Mathur, has just submitted its report to the finance ministry, for implementation effective January 1, 2016.

The government, on its part, and in its inimitable fashion, has immediately decided to set up an implementation secretariat headed by the Expenditure Secretary, overseen by the Cabinet Secretary, who will also, with the help of another committee, look at further suggestions from stakeholders.

Obviously, the government works to a different HRD rhythm from the private sector, but then its employees can’t be fired, nor held particularly accountable for lapses, delays or general non-performance. The only solution that has been effective in other countries is to hive off all non-essential government activity to the private sector. But this too, is a veritable can of worms to implement in India, due to patronage systems and embedded vested interests.

But as long as one retains these lakhs of sarkari employees, it is necessary to compensate them, as near as possible, to an adequate level.

Looking on the bright side, once this set of enhancements kicks in, there will be a balloon of lump-sum arrears payments as well (No one expects that the babus will start getting their new salaries from January. The actual crediting of their bank accounts will certainly take a few more months). Part of these sudden chunky cash inflows will definitely go towards the purchase of appliances and consumer durables. Some of it may well be invested as seed money towards big ticket purchases such as a primary or secondary home. This in turn could stimulate the moribund housing industry, according to some hopeful real estate experts.

Coming on the heels of the long pending OROP promulgation for soldiers, the 7th Pay Commission recommendations will probably help the GDP grow by a fraction of a per cent as well.

The total disbursement against the 7th Pay Commission is pegged at just over Rs 1 lakh crore, and this is not expected to significantly affect the fiscal deficit either.

This government, in an effort to stimulate the economy, which was struggling out of a low of under 5% GDP towards 6% when it took over in May 2014, has been pouring substantial monies into infrastructure, in a classic Keynesian action. Helped by substantially lower oil prices, reduced inflation, and some green shoots in terms of the economic revival, this fiscal is hoping to clock about 7.3% in GDP, and there is every expectation that this could rise to 8% in 2016.

The government has also been making efforts to commission many big ticket projects, stuck for want of government approvals, or finance. The Prime Minister personally has been canvassing fresh FDI all over the world, and this has begun to show results far in excess of the situation a year ago.

And now, here is an expected boost from the consumption side, once this extra money starts being spent by lakhs of central government employees (4.8 million serving, plus 5.5 million pensioners). And also the OROP money from the armed forces veterans, against their own separately enhanced pension plans, come to fruition after hanging fire for 42 years.

Is the new minimum wage of Rs 18,000 applicable to the junior-most central government employee, a peon, fair for him or her to live with a modicum of dignity at today’s prices? The answer cannot be other than no. Indian government employees, like most all over the world, are not paid very well. Some media reports have been distorting the quantum of the revised pay somewhat, by comparing it to the minimum base of just Rs 80, all of those 56 years ago. Even after the revision, a Cabinet Secretary, the highest ranking central government bureaucrat, will receive Rs 2.5 lakh per month plus other perquisites, up from a very modest Rs 90,000 before the hike.

Interestingly, the 7th Pay Commission has sidestepped the demand for lateral entry of experts from the private sector to the top positions being held overwhelmingly by the IAS cadre. This might have addressed the efficiency issue that is at the centre of resentment in certain quarters when it comes to pay hikes for obstructionist, sometimes corrupt, and universally slow moving babus. It has however recommended the introduction of performance-linked pay for all categories of central government based on key indicators, and a performance appraisal system.

This has been suggested before as well, but to little avail. The bureaucracy, particularly the powerful IAS, is apparently not interested in being made to work to any plan other than their own. The bureaucracy, therefore, is mostly process driven. And it will not be easy for any power to change its ways to being focused on productivity and speed of implementation.

As usual, this quest for productivity and efficiency will have to be driven, to the maximum extent, by the political over-bosses, should they think it politic to do so, of course. Meanwhile, the babus have every reason to be pleased with Justice Mathur’s work.