PNB Fraud Is Tip Of Iceberg; Modi Government Simply Does Not Get It When It Comes To Financial Sector Outcomes 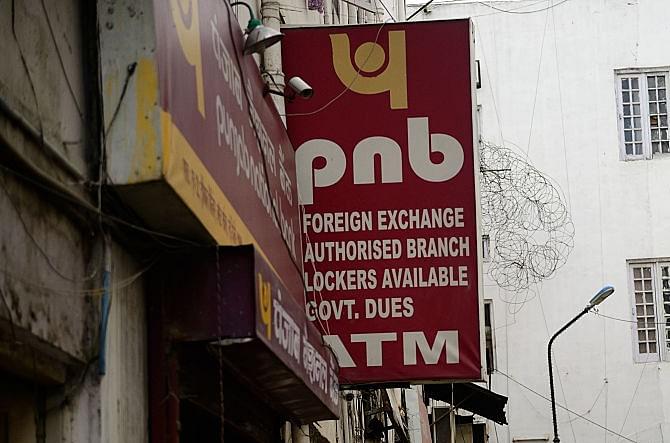 The Narendra Modi government simply does not get it when it comes to the financial sector. With the best of intentions, and despite doing more and better than almost any previous government in terms of taking the right steps to fix the mess in public sector banks, the latter are now in deeper trouble than they were in 2014.

The latest indication of this is the Punjab National Bank (PNB) fraud, where two crooked diamantaires, Nirav Modi and Mehul Choksi, aided by crooked bankers, have managed to punch a crater-sized hole in its vaults, and the losses are yet to be counted. The eventual losses may be more than the Rs 11,400 crore mentioned so far, since the liabilities are yet to be totted up, and there may be more skeletons ready to tumble out of the bank’s closet. And there may be worse to come. The PNB fraud is not just about one bank, but a loud comment on the state of corporate governance and risk-management in the entire public sector banking system. Who knows how many more scams will crawl out of the rotting woodwork when it is given a good shake. Already, one more group – the Kotharis of Rotomac – are said to be under the scanner for a loan problem of Rs 3,695 crore, involving a clutch of other banks.

Granted, most of the bad loans were generated during the buccaneering days of United Progressive Alliance (UPA) government era crony socialism, when politicians were in cahoots with businesses to milk the system for what it was worth. They used public sector banks as milch cows to bankroll their crookery. But can the Modi government now claim in its fourth year of power that it could not have fixed the problem by now?

Granted, many of the building blocks for a solution have now been put into place – a strong Insolvency and Bankruptcy Code, large recapitalisation of public sector banks, lesser political influence in the sanction of loans, etc – but the real issue is not just the plumbing and legislation required to deal with the sector’s issues, but a failure to understand the impact the Modi government’s other policies have had on the banking sector.

For example, let’s take the PNB case as a starting point to speculate on what else it can impact. It is unlikely to be an isolated case, and if PNB – the second-largest Indian bank after SBI – now freezes lending and focuses on internal plumbing issues, the systemic impact of its lending caution will impact borrowers and other banks, and if the other banks too have some issues with poor governance, the overall lending freeze will worsen, killing all chances of an early revival of the capex cycle. If all public sector banks – some 11 of them are already in the Reserve Bank’s prompt corrective action (PCA) intensive care – now go conservative, the system-wide impact of 70 per cent of the banking system going easy on credit growth will be huge. Add PNB to the PCA stable, and we are talking of a big bank-induced speedbreaker.

Next, it is obvious that the National Democratic Alliance (NDA) government has not calculated the impact of its own policies on the banking system. When you have a weak and tottering financial system, what does the imposition of demonetisation and radical, horizontal expansion of banking to the poor (Jan Dhan accounts) do to the banking sector’s bottomline? Some time ago, HDFC Bank indicated that with a minimum balance of Rs 10,000 in each account, it could earn around Rs 400 per annum, which would just about cover the cost of providing customers with cheque-books, statement of accounts and ATM services. Even assuming digital banking reduces those costs for no-frills payment banks, zero- or low-balance accounts as in Jan Dhan involve huge annual costs for public sector banks. Put simply, Jan Dhan is a huge burden on public sector banks. So too was demonetisation, the big cost burden of managing it falling largely on government banks.

Then consider other policy fallouts. When you opt to eliminate rent-seeking in the allocation of spectrum and coal blocks, how does that impact banks? Simple, old loans to myriad allottees go bad, as we are now seeing in telecoms, where NPAs are piling up as mobile services company after company is winding up. The latest to do may be Aircel, which is expected to file for bankruptcy shortly, according to an Economic Times report.

Then, consider what happens when you attack black money through various schemes – whether voluntary disclosures or through crackdowns on benami properties. When tax evasion is curbed and collections go up, it has a short-term decelerative impact on the economy, since cash dries up with corporates, and the return of the cash back to the economy through higher government spending takes time. When benami properties are attached, they impact real estate sentiment and sales, and banks will find that their realty loan books will now be stressed assets.

Similarly, when you force the resolution of bad loans through the bankruptcy courts, what does it do to banks’ willingness to lend or take risks? They will freeze lending, especially when they don’t have enough capital to write off bad loans. And promoters who lose companies to bankruptcy will find they have no resources to start another business, since, anyway, banks will not lend to past defaulters till they show up with lots of fresh money. And the people who bought the assets sold through bankruptcy proceedings, will have either borrowed more to buy them, or will have used up existing cash resources to acquire them. Either way, it will be a while before the new assets start generating profits.

When you seek to formalise the economy and curb tax evasion through the goods and services tax, what does it do to the banking system? It pushes up costs, especially for small businesses, and the higher costs of compliance will worsen balance-sheets in the short run. Whatever the medium- to long-term benefits of formalisation, its short-term impact is to decelerate growth and worsen the climate for loan repayment for small businesses.

When you have a double balance-sheet problem – banks with excessive bad loans, and corporates with highly leveraged account books – how does each additional stress inflicted on the overall economy impact credit growth and the investment cycle? It has a contractionary impact on demand, since corporates are trying to cut costs, and banks are trying to do the same. A cost-cutting exercise all around will slow down the economy before it starts regenerating itself.

When public sector bankers are still in the pre-digital banking era of branches, ATMs and physical banking, what stress and weaknesses does the arrival of new players in digital banking do to the system? Answer: the best customers tend to flee to better banks. Thus, the shift from public to private banks will accelerate, and the latter will be left with the loss-making accounts.

When the trust level between the Reserve Bank of India and the Finance Ministry is so low – with the former on its own trip of battling inflation, and the latter obsessed with lower interest rates when the system is in acute distress – can you get better economic outcomes?

The biggest failure of the Modi government is in not comprehending the importance of timing and sequencing in banking reforms. Time is money, and when you waste time, you lose money. Everyone and the dog at the lamp-post knew that the UPA regime left truckloads of non-performing assets (NPAs) in every bank when it left the scene. But if the size of the problem has doubled rather than halved over the last four years, the reason is obvious: the accumulated stock of NPAs only grows in size as interest charges keep accruing, and the underlying assets of the borrower start depreciating with age. Kingfisher was a small bankruptcy in 2011, when the airline went bust. Today, it is a Rs 9,000 crore NPA. What could have been solved with a small hair-cut under UPA, will now involve several banks taking the equivalent of a tonsure in Tirupati.

This failure is the result of sub-optimal recapitalisation of banks. The NDA provided very little by way of recapitalisation in the first three years of its tenure, and big sums have been pumped in only this year, with Rs 88,000 crore coming in by March, and another Rs 120,000-crore-and-odd set to come in in 2018-19. It will still not be enough. If banks had been given just Rs 50,000-100,000 crore in 2014-15 and 2016-17, the double balance-sheet problem would have been over by now.

Then there is the sequencing issue. The bankruptcy code, which is vital to banking health, has come towards the end of the third year of the Modi government; if it had come in the first or even second year, banks would have made higher recoveries of bad debts, and needed less capital. Coming so late in the Modi tenure, IBC has ensured that the capital needs of banks go through the roof. And if the PNB fraud is only the tip of the iceberg, we are into a bigger problem than we once imagined.

The moral of the story is simple. You can head in broadly the right direction and still not reach the destination because – in banking as in other fields – the goalpost has shifted. The financial sector reforms have come in a bit too late to spark an economic revival. That will happen only in the next government, and if Narendra Modi fails to win in 2019, he will have gifted the next government with a growth bonanza after doing all the hard work.

If Modi loses 2019, it will be because his government failed to fix its biggest problem – public sector banking – in time.