Press Conference Number Three: Focus On Real Estate This Time But Quick Recovery Not Possible With A Stubborn RBI 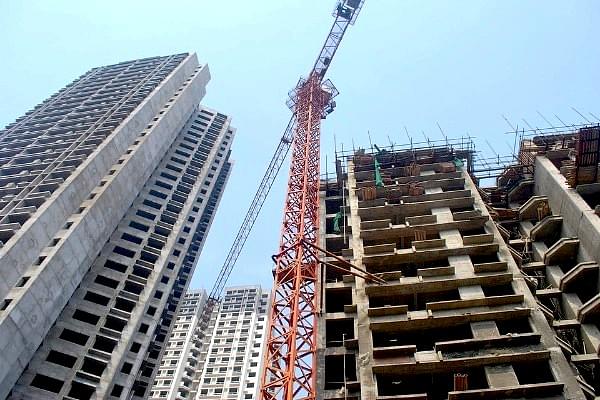 One of the many sectors that is asphyxiating is real estate.

Let’s get the context straight: The Finance Minister has made her third press conference, and with this, we’ve seen three different series of measures to revive economic growth. The fact that the first quarter saw weaker growth has little to do with her policy, as the slowdown originated from the second quarter of the previous financial year.

This coincided with the IL&FS crisis which spread over to Non-Banking Financial Companies (NBFCs). Consequently, last-mile lending took a hit. This had an adverse impact on consumption, as a bulk of consumption between 2013 and 2017 was driven by debt – in all probability, this trend is likely to have continued till 2018 and in 2019.

The fact that there’s a slowdown has more to do with the monetary side and the fact that we’ve consistently had one of the highest real interest rates in the world.

One sector that had been adversely hit over the last couple of years has been the housing sector, which witnessed a boom which was unsustainable. Sizeable inventories have piled up with banks and builders, while existing projects are far from being completed.

Earlier, builders used to siphon money from one project to another – this worked till the time there was robust demand for housing, but the moment it stopped, builders were left with unfinished projects, high debt and liability towards homeowners.

The Real Estate Regulatory Act (RERA) put in place a framework that stopped builders from diverting funds from one project to another, but builders continued to face constraints on their ability to raise money in order to finish their projects.

Many people had bought houses in such projects and continue to wait to receive their homes once they’re constructed by builders.

To ensure that unfinished projects can be completed, and homes be handed over to buyers, the government has allocated a Rs 10,000-crore fund that will also be open to the private sector, to finance such projects that are neither Non-Performing Assets (NPAs) nor under the National Company Law Tribunal (NCLT).

This will ensure that builders can access funds which will have an extremely positive impact on the sector. Further, the government has relaxed external commercial borrowing norms for the sector, allowing good companies to borrow money from abroad at lower interest rates to expand their operations.

These measures will definitely have a positive impact on the sector and the current cycle of reducing interest rates combined with repo-linked loans will further help revive demand for real estate assets.

But, beyond these measures, the fact that we’ve seen three press conferences by the Finance Minister reinforces the fact that the economy is a top priority for the government.

North Block is listening as it continues to hold stakeholder consultations, while we’re poised for recovery over the coming quarters. But, of course, the pace of recovery depends on what happens on Mint Street during the next Monetary Policy Committee meeting.