Rating Bias: Why Moody’s India Downgrade Must Be Taken With A Large Bag Of Salt 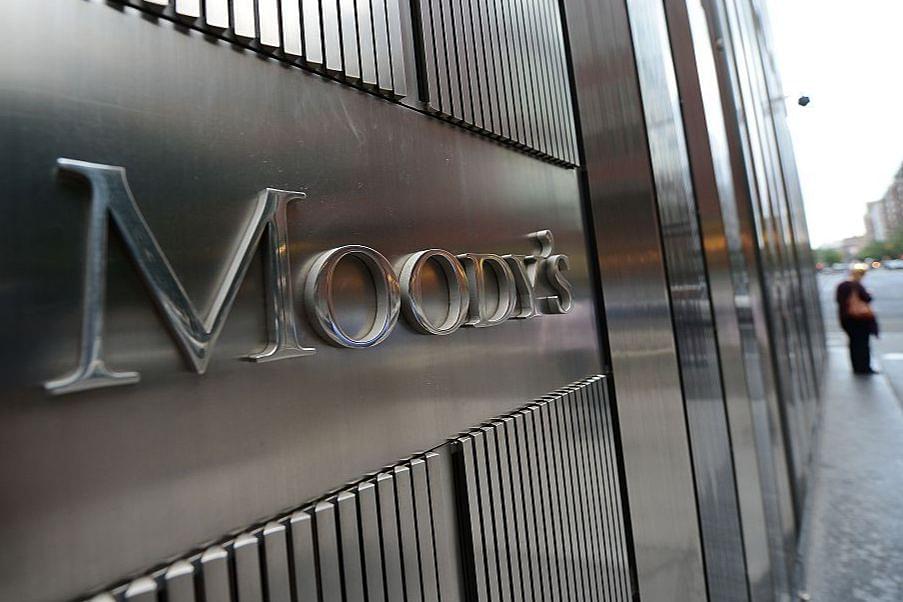 The Indian sovereign rating downgrade by Moody’s to Baa3 — the lowest investment grade possible — may have all the sound logic and may even fit into its most comprehensive mathematical model.

As a laymen writing credit in difficult times such as this, I look for resilience of the promoter and then his/her business. If resilience were to be a criterion, then India should have a thumbs up — having achieved self-reliance on manufacturing personal protective equipment (PPE), N95 masks, sanitisers, ventilators etc, in mere 60 days to fight the Covid-19 pandemic.

None of the so-called well-rated economies could even save the lives of their people leave alone possessing the skillsets to manufacture basic things.

My first experience of a rating agency was 15 years back when I contributed to a credit programme for small business loans for my former employer. The people who contributed had considerable field experience.

The programme was to be approved by a conservative external committee member. He suggested it gets ratified and rated by a credit rating agency. They eventually ratified the programme with minor changes in English. It served the purpose of protecting the external member and also a good sales pitch to investors.

Having grown up in a village, I have often heard the questions elders asked visiting bridal suitors’ families: “how many households, ponds, hostilities within and outside of their village and so on” to move forward on the alliance.

It is straight and simple.

Years later, I was a private banker in Singapore, when a trader pitched high-rated country ‘Iceland’ and its banks. The banks’ names could put tongue twisters to shame, and to my surprise, they were all assigned a minimum AA+.

I hardly know Iceland, never heard of its capital city, leave alone the currency. The Caucasian trader was intimidating in his sales pursuit. I took a leaf out of my village elder’s book and asked him, “what is the population?” He innocuously said, “it is 300,000 strong”. I had just relocated then from Andheri West to Singapore. A half of Andheri West was rated highest safety.

I was thinking if 10 plumbers had to die in an accident or tsunami in that country they could have a plumbing crisis. I had stayed away from those banks either because they were located in a country that can plunge into a plumbing crisis or lack of my ability to pronounce their names.

I added to the list banks from Kazakhstan and Ukraine. There was a popular British analyst out of Thailand recommending investments for their clients, and purely based on credit ratings.

In a commercial bank, a credit manager has to visit the borrower a few times and go through the credit evaluation process. I remember the days when senior bankers took pride in saying that they did the stock-taking to verify inventory levels. The credit is well documented and taken to approving authorities for loan sanctions.

These days, it has become fashionable for external rating agencies whose people never lent a single dollar or recovered one in their lifetime. Nevertheless, such external certifications act as cushions against the dreaded Central Vigilance Commission, Central Bureau of Investigation and Enforcement Directorate.

The mutual fund industry takes rating as the last word for its debt funds. One could never justify promoter funding NCD issuances with their company shares as underlying collateral and, even more bizarre is that such instruments get rated almost equivalent to the operating company.

The sad thing is small systematic investment plan (SIP) investors get exposed to risks in mutual fund debt schemes, and the credit goes to the rating agencies.

I hear justifications from the other side saying, “there should be tolerance for a small number of mistakes”. It is wholeheartedly agreed. Credit has inherent default risk. But downgrading by more than one notch of any paper within 30 days is plain incompetence or criminal negligence.

One can cite numerous examples in the Indian context in the last few years. Moody’s does not cover itself in glory. It had rated Greece A1 in the year 2009 higher than India as Greece was giving pensions to every citizen and how we had limited fiscal manoeuvre. Greece collapsed in the next few months. But we cannot wish away sovereign ratings.

However, our domestic ratings could be made vibrant. The introduction of SARFESAI gave false comfort to commercial bankers against assets resulting in shunning away from cash flow-based lending. The external rating-based credit can destroy relationship banking too, and will leave a permanent hole in credit skills in the Indian banking industry. The dreaded agencies are leaving decision-makers at the hands of external ‘raters’.

I have reasons to believe the qualitative bias is rampant in Indian credit rating industry. A non-banking finance company (NBFC), where I am associated with, went for a rating exercise. There were brilliant young minds who interviewed the management. There was a rating rationale of a competitor who had almost same capital base and book size.

They had accumulated losses for the year eroding 25 per cent capital whereas our firm had made a small profit and capital was intact and growing. To our utter shock, we got two notches lesser than our similar-sized competitor. There were two reason shared informally, one being we don’t have an institutional investor and the other being the promoters do not have the experience and pedigree.

The credit rating was lower in spite of better performance and taking risk with our own money. One can appreciate an equity investor taking that view, and credit rating based on where we graduated, and experience is a clear pedigree bias.

This is like calling someone a ‘rock star’ governor because he wrote a paper on the number of billionaires per trillion-dollar gross domestic product (GDP) are more in India and Russia, concluding crony capitalism, but little he did to stop that. On the other hand, wrongly judging the present governor, who started his career as district magistrate in Dindigul, and who is solving common problems and economic needs in dusty towns of India, as a wrong pick.

As my village elder said, “life is unfair and we need to live with that”. It is truer with rating agencies. It is even truer with sovereign ratings. Let Moody’s downgrade. Let’s be resilient and self-reliant.