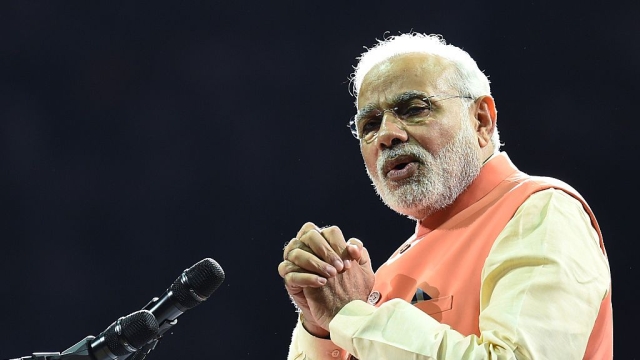 Even those who think every move of Narendra Modi is linked to achieving narrow tactical goals should stop to think about the consistency with which he has pursued his objectives: a steady reduction in the black economy for gains that seem ephemeral and unsure.

Demonetisation is thus not about winning the Uttar Pradesh elections, though that would be a useful bonus. His political goals are, if anything, extraordinarily ambitious.

Consider his actions since May 2014. He appointed a Special Investigation Team to probe black money as soon as he took over in 2014; he launched the first voluntary disclosure scheme for foreign assets in 2015, which turned out to be a flop as it levied an extortionate 60 per cent tax. He learnt from that and launched the Income Disclosure Scheme (IDS) for domestic black money that closed in September, and managed to obtain Rs 67,382 crore – of which 45 per cent will be tax, payable in instalments.

Then we had the Benami Transactions (Prohibition) Amendment Act 2016 that was notified last month. It came just a few days before demonetisation of Rs 500 and Rs 1,000 notes on 8 November. And learning on the trot, when it seemed likely that people were depositing all their cash into bank accounts, the government passed the Taxation Laws (Second Amendment) Bill to ensure that voluntary disclosures of hidden incomes are taxed at 50 per cent, with another 25 per cent going into a zero-interest deposit for four years. Thus those who declared concealed incomes in IDS-1 will not be thinking they were chumps to do so. And just in case even this does not work, he has shifted the goalposts to a less cash, more digital economy.

The defining features of all these initiatives are the following: one, giving everybody at least one opportunity, if not two, to come clean; two, avoiding harassment of those who do so; and three, persisting with the idea even at the cost of angering the BJP’s own core support base among traders and the professional classes. This cannot make sense to any politician unless the gains expected are even more audacious.

Overall, the focus has been on bringing millions of people in the less formal sectors to the formal financial sector, where banks can lend money to them at lower rates. The Jan Dhan inclusive banking scheme, which has reached banking to almost every household, and the Mudra Bank, are the enabling features in this scenario. Digital payments will enable even distant hamlets to join the banking mainstream through mobiles.

Having demonstrated his focus consistently, it would be a serious mistake to think Modi will not do anything about political funding reforms or corruption in real estate – the two big black elephants in the room. At the all-party meeting held in Delhi on 15 November, Modi suggested that parliament should discuss state-funding of elections. And the benami properties law notified in November is another pointer to who Modi plans to target next. His strong political backing for the Goods and Services Tax (GST), something he opposed when he was Gujarat chief minister, is one of a piece with this goal. It is about expanding the tax net like never before.

Perhaps nothing explains the deeper design behind these initiatives better than the Prime Minister’s recent address to party members on 16 December, where he said that bureaucrats had been instructed to avoid questioning people who reported sudden spikes in incomes or employees.

The Times of India quotes Modi as saying that the taxman should not conduct any “post-mortem” on businesses that disclose more since the idea is to encourage them to go legit. Thus businesses that show sudden jumps in turnover or an increase in the number of employees will not be subjected to excess scrutiny of their past.

This is the quote attributed to him by the paper: “There will be no comparison with the past. Officials will not say `take out the old (accounts)'. I have told them no old post-mortem, otherwise no one will come into the mainstream... Yeh afsarshahi (bureaucratic way) nahin chalegi.”

Further, he said that he could visualise a time when a small trader would be able to obtain a bank loan in minutes, since he would have had a financial track record to back his request. “Now, no bank will give a loan to a dhobi as he has no record of income. If he does, he will get a loan quickly.”

The problem for Modi is not his intent, but the reality that the corrupt ecosystem will not change quietly and quickly, as we have seen in the recent tax raids where corrupt bank officials were seen to have colluded with those with hoards of black money, helping them to siphon off new notes in exchange for old.

Modi’s grand scheme has sometimes floundered on poor conceptualisation and implementation (the foreign assets disclosure scheme and the continuing demonetisation glitches are two clear bits of evidence to prove this), but there is no doubt where he is heading: a more formalised economy, with efficiency and revenue gains.

No one should ever assume that Modi is plotting only tactical political moves. It is clear that his political ambitions are much larger than one has assumed, and this goal takes the possibility of good economic outcomes into its embrace.

In a few sentences, this appears to be the grand plan: shifting the BJP to the centre of the political spectrum by focusing on the empowerment of the less fortunate without expanding freebies excessively. He hopes to finance this by making the tax system more efficient and inclusive, making businesses embrace the straighter path while making life easier for them, and focusing on the elimination of wasteful subsidies, but not subsidies themselves. In terms of direct voter inducements, one can expect cash inflows into Jan Dhan and lower taxes for all due to a widening of the tax base.

By doing this and all the connected reforms, Modi expects to make BJP the natural party of government, and give himself a second term, which is the timeframe needed to implement pro-poor reforms meaningfully.

Modi is looking to build a more honest nation out of us, but that is both the political selling point and the likely outcome of reducing the cash economy post-demonetisation. This is why we should see 8 November as a turning point in his first term ambitions that will – hopefully – clear the path to 2019 and beyond.