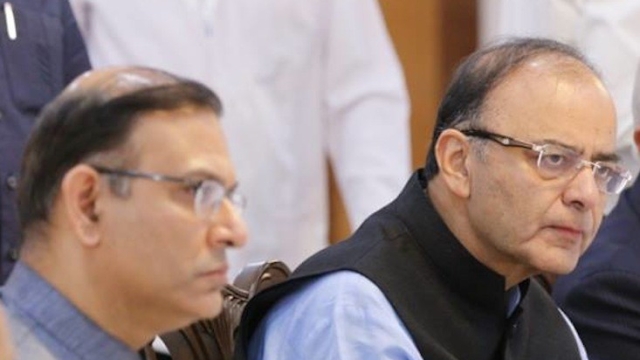 When did an Indian law ever incorporate a blanket permission to appoint outsiders to run a department? Never.

The key feature of the clause is that it is a clean one. There is no segment in the clause which defines, redefines and subtracts from what it offers in the opening paragraph. It baldly says what is very easy to understand and stops there.

It is quite plausible that in the years ahead some of the smart officers of the Central Board of Excise, Customs and Services or their ilk in the sales tax departments of the state governments may interpret this clause differently. They could claim it only facilitates the appointment of their tribe to the different arms of the GST machinery.

But the draft bill, as it stands today, is clear. If the Board that will administer the new tax across the country feels there is a necessity to appoint a person from outside the government to any position in the tax administration, so be it. It is a fine piece of reforms in the Indian tax administration quite in line with what eminent advisors like Dr Parthasarathi Shome has advised.

The draft GST bill put out in the public domain consequently marks some major positives. The first of those is that the central and the state governments are on the same page about the intention to pass the bill through Parliament and the state legislatures at the soonest. By bringing it out in the public domain, the government has made it possible for the largest-ever reshaping of the Indian Constitution’s division of financial powers between the states and the centre to be subjected to a threadbare discussion by every Indian citizen. This is not just one more tax law for tax pundits to hold forth on. It was on the question of tax that the United States was born and it is highly important, therefore, for every Indian citizen to read with care how the tax covenant between the centre and the states is going to be reshaped.

On first reading, one would say it smells nice. The draft is easy to read and thus passes an important litmus test. At 190 pages it is less than a third of the laws it seeks to replace. Thus, it does not give the impression of a law that seeks to hide behind tortured phrases the details of what it seeks to do. This should give confidence to the people about the intentions of the lawmakers. That a tax law which subsumes most of India’s excise and service tax laws and yet remain simple is something for which the drafting committee members should receive some kudos. One should remember that it has also transited through an empowered committee of state finance ministers who have all added to the broth. Despite the addition of so many cooks it has not got spoilt.

Chapter IV section 5 (2) provides wholesome relief. It says goods will be taxed at “”the location of the goods at the time at which the movement of goods terminates for delivery to the recipient.” This makes the GST what it should have been --- a delivery-based tax system. Several states had lobbied against this, insisting on keeping it origin based, going against the international norms for the tax.

There are genuine concerns of course. GST is, in principle, a tool for simplification of taxation. By making each producer responsible for the accuracy of those from whom raw materials have been purchased, it seeks to be self-certifying and thus make it easier for the tax administration to reach out far and wide. However, among my concerns one is what what Madan Sabnavis has pointed out in his article Firstpost – it is frightfully difficult to set any rate of GST without making some goods and services costly. To the extent that the general trend would be to gravitate to as high a rate as possible, there is an inflationary potential. That, however, is not a weakness of the draft bill, but of the schedule of rates, even though the Congress party is still holding out saying the rate should be includes in the bill itself.

Another concern is the continued use of the retrospective powers of taxation. Clause 132 of the Model GST Law states “The Central Government (or the State Government) may, on the recommendation of the Council, make rules, including rules conferring the power to issue notifications with retrospective effect under those rules, to carry into effect the purposes of this Act” (italics mine)

Sure, as a matter of principle a sovereign should retain the powers to make retrospective changes in laws. Taxation laws do recognise this power of the sovereign. Yet since this provision includes fairly wide-ranging powers like setting the rates and 46 other issues, it does need to be thought through. Along with those provisions is the plan for continuation of the Settlement Commission. It didn’t cover itself with glory till now and if the GST is a clean tax why should such a Commission be needed now?

My final piece of concern is about the obligation to furnish information to the GST authorities put in chapter XXIII. Section 117 is omnibus, asking for even the Reserve Bank of India and district collectors to do so. It is sweeping, to say the least.

Note: This article has been updated with additional inputs