Resurrecting Farmers Livelihood And Ways Of Doing It 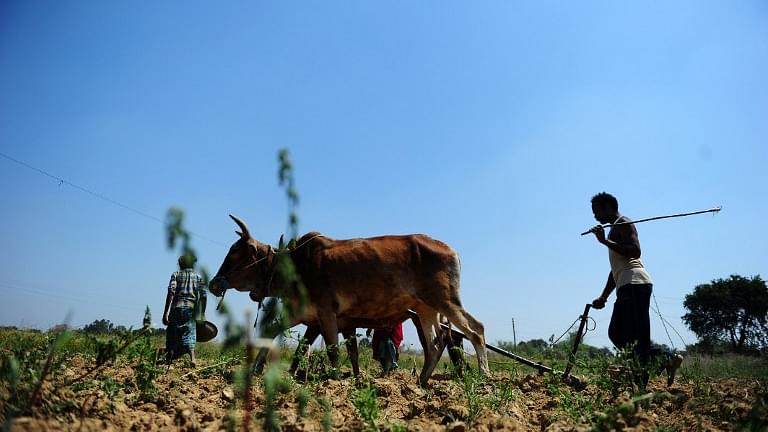 We have had four successive seasons of below average rainfall and farm incomes have been in stress. When we talk about agriculture, we need to ask: why agriculture? There are two broad reasons why agriculture is so important in India.

There are intrinsic reasons and instrumental reasons.

1. Forty-nine percent of India’s workforce is in agriculture or gets its livelihood from it.

2. Depending on whether you are talking about agriculture or rural sector, somewhere between 40-50 percent of households derive their sustenance from agriculture.

3. Around 80-82 percent of India’s poor are in agriculture or/and rural sector.

1. Agriculture has the power to hold back the economy as a whole. For example, Inflation is affected by agriculture. Food prices are pushing up retail inflation. This affects the growth because had the inflation been lower, interest rates would come down.

2. Power pricing in agriculture affects the cost of electricity for manufacturing.

3. The credit we provide to agriculture affects the rest of the economy.

The attention on agriculture that we see has been determined by these proximate factors. We think of agriculture in these times from a gloomy perspective. But the story of Indian agriculture is not of failures. It is a story of many successes.

1. The Green Revolution: Imagine the days of drought in the 1960s and dependence on import for food. This revolution changed all that.

2. The White Revolution: The conventional wisdom has been that foreign aid, especially in the form of cheap food items has had very detrimental impact on poor and developing countries. But White Revolution experience repudiated this general rule where cheap food items like milk, milk powder were used to develop the local food sector. And the rest is history.

3. Six to seven years of commodity price boom induced dynamism. We know that in some ways agriculture had it relatively good because of high international prices from 2007 onwards.

4. There has been a real spread in geography and composition of agriculture dynamism. If one remembers, Green Revolution was all about Punjab, Haryana and some southern states, but in the last 10-15 years it has spread to Gujarat (cotton), Maharashtra (horticulture), West Bengal (maze), Madhya Pradesh and to some extent Bihar.

5. Our agriculture has become much more resilient. We had very little rainfall in 2015 but the food and agricultural production was good. This would not have been possible 10-15 years ago.

1. To increase farmer incomes and improve their livelihoods you have to increase agricultural productivity.

2. China is 3.7 times, Brazil seven times, Europe 52 times and the US is about 100 times more productive than India. The distance we have to cover for agriculture to become a source of real farmer livelihood is vast.

Farmers also need to be protected against volatility and risk. India and China are highly volatile but China has improved greatly in the last 10-15 years. Now, we have our work cut out. India has not only to boost productivity but also to cushion farmers against the downside. What the government is doing, in terms of crop insurance, is critically important for this purpose.

The Ghost of Malthus

India has to achieve these two objectives of higher productivity and insuring farmers against risks, against the backdrop of what we can call the ghost of Malthus. There is no question that basic agricultural resources like water, land, soil quality atmosphere are becoming scarce and scarcer. It’s partly because of climate change and partly self-inflicted.

What needs to be done

1. The Green Revolution and 2007 boom relied on getting more from more: You put more fertiliser, you get more output. But now because of the changing environment, we have to rationalise input whether it is fertiliser, land or power. Our aim should be to get more from less. It was the agricultural services as much as the technology which contributed to the Green Revolution.

2. We need to create one market. The National Agriculture Market (NAM) that the government is working on is moving in that direction.

3. We have to reduce the role of middlemen.

4. We need to strengthen crop insurance.

5. Small holdings of land come in the way of agricultural productivity. We have to work on land consolidation.

6. We should increase the role of science.

10. We need to rationalise agricultural credit. Is it going to small farmers? Is it too much? Is it really going to agriculture? These are all very important questions and there is a lot of scope for improvement in these areas.

Many people say we must have better water conversation and we must have policy certainty. But why has it not happened already? Why is a good agricultural policy not good politics at state level? In Madhya Pradesh, Gujarat, Bihar and West Bengal agriculture did very well and the governments were re-elected. But why is it not happening more widely? These are simple-minded questions.

The bigger puzzle is that the wants and basic material well-being of millions of farmers need to be catered to. Why is it so difficult to phase out Agriculture Produce Market Committees when we know that benefits will accrue to lots of farmers? Why can’t the demonstrable success of BT cotton in Gujarat be extended? Why is there a fear of private sector despite the many successes which were private sector driven like maize, BT cotton, millet and bajra? We are still hesitant about embracing markets in agriculture.

Fertiliser policy in India ends up hurting the farmers because of black markets which hurt small farmers more than big farmers. What needs to be done in agriculture needs to be done through electoral politics.

The result of the last two years and the general rule that crisis leads to change has been true. This government has spent a lot of time on how to spend on agriculture. We have been very mindful of the fact that we needed to incentivise pulse production. The opening up to FDI for agriculture, Krishi Sinchai Yojana, Crop insurance scheme etc. in some ways have led to a significant response in terms of addressing agriculture problems.

If we have two good monsoons, the temporary improvement in agriculture might lead to people forgetting problems in the long term.

Somewhere along the line, agriculture lost its significance and now it does not resonate enough as it used to. It may have to do with the talent attracted to agriculture. How do we attract the best talent? What happened to the icons like C Subramaniam, K N Raj, Raj Krishna, Verghese Kurien? Unless we get such talent back, we are going to struggle.

Resurrecting farmer livelihoods in India has to be a top priority as a whole - only the best talent can do it.