SEBI Is Planning A Framework To Regulate Bitcoin Market 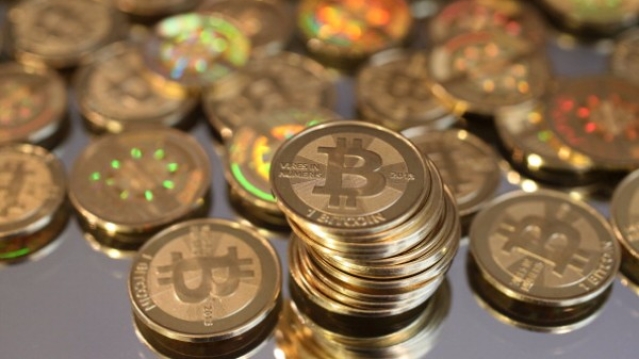 India’s market regulator is planning a framework to regulate the country’s bitcoin market, said three persons with direct knowledge of the matter. They declined to be named.

In its first meeting on 19 September, the Securities and Exchange Board of India’s (SEBI) recently formed committee on financial and regulatory technologies (CFRT) concluded that it may be crucial to regulate bitcoin transactions to ensure that India’s public issue norms are not breached.

The SEBI panel also intends to ensure that bitcoins, its derivatives, or any other crypto-currency are not being used as a medium for funding illegal activities and no entity is able to divert black money through the virtual currency market.

The SEBI panel, which includes Reserve Bank of India (RBI) officials as members, also fears that through bitcoin exchanges, several entities may be potentially flouting private placement norms by collecting money from more than 200 random individuals.

The regulator pointed to the presence of numerous websites and mobile apps which act as bitcoin exchanges for transacting in goods and services.

Zebpay Bitcoin India is one of the well-known Android apps that enables transactions in bitcoins.

Regulators in India are yet to ascertain if these cryptocurrency exchanges, which compete with regulated payment gateways such as banks and VISA, are legal or not.

After linking a bank account to any mobile app or website, the cryptocurrency market enables any individual to create a cryptocurrency wallet and earn or pay any entity digitally.

Additionally, cryptocurrency enables any entity to collect money from far more than 200 investors in a financial year without requiring to follow public issue norms as under the country’s Companies Act.

Also, the gains made by an individual through transactions in cryptocurrency cannot be taxed as the real source of the gain is unknown and mostly unregulated.

Moreover, blockchain – or the technology used to power cryptocurrencies such as bitcoins – make it impossible to trace the actual use of funds and the controls employed to manage the flow of virtual money to a number of entities spread across the world.

According to coinmarketcap.com, a website offering global data on cryptocurrency, as on 23 September, there were at least 5,511 markets trading in 1,117 types of cryptocurrencies, including bitcoin.

The regulators also fear that since several websites and mobile apps enable cross-border transactions, “if the increasing trades in cryptocurrencies are not curbed, it may pose a substantial risk to the local currency, especially because the exchange rates are not regulated by any legal authority,” said one of the three persons cited above, who has direct knowledge of the SEBI panel’s Tuesday meeting.

“Cryptocurrency wallets are independent of formal banking systems and, therefore, in the absence of any regulations, the income in such wallets cannot be treated as taxable. Also, multiple bitcoins can be created to conceal the relationship between the source and the destination of digital transactions, which may work as an easier route for an individual to carry out anonymous transactions in order to launder money,” he said.

He said Zebpay adheres to a self-regulation structure, in line with the Digital Assets and Blockchain Foundation India (DABFI) in the absence of any regulation for blockchain technology in India at present.

“We strictly follow the KYC (know your customer) and AML (anti-money laundering) norms while allowing customers to subscribe with Zebpay for dealing in bitcoins. We also carry a disclaimer on our front page to make the consumer fully aware of volatility in prices and other risks of dealing in cryptocurrencies. However, there are a number of apps and sites that may not be following the KYC and AML norms like us and the government should ideally ban those entities after bringing in laws for cryptocurrency,” Agrawal said.

“Government needs to very quickly respond to such questions. Cryptocurrency on one hand is a very positive disruption and, on the other hand, poses serious challenges to traditional regulatory infrastructure, especially when it touches multiple financial laws of the land. We should see clarifications coming out of government and regulators very soon.”