China Needs To Be Reminded Of Global Rules, And Only The US Is Doing That 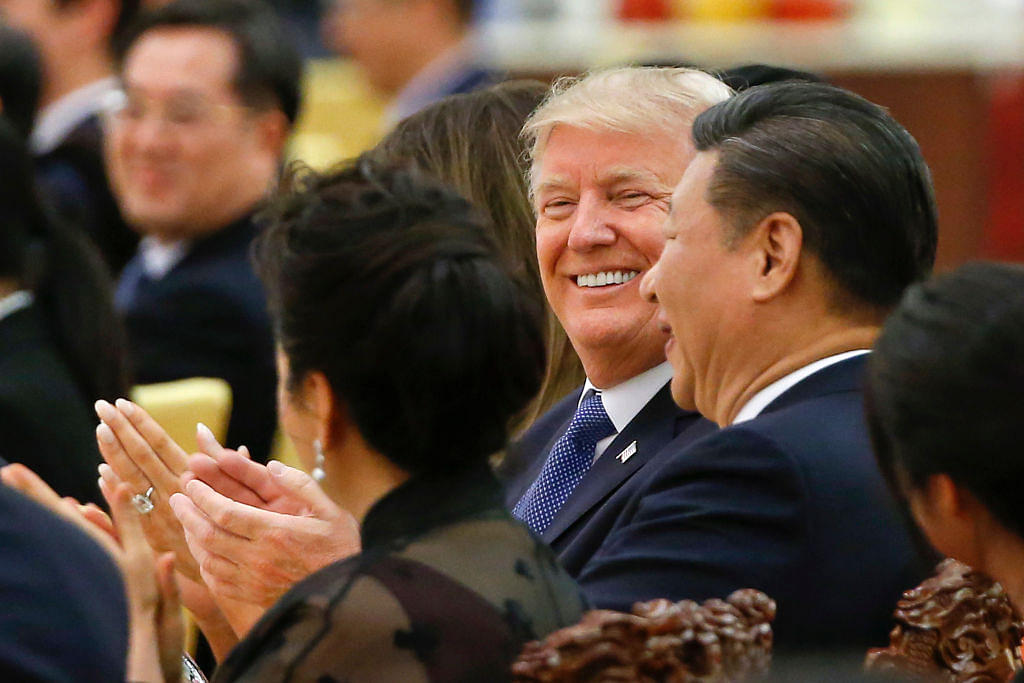 We all know that we’re in the middle of a trade war – in fact, the trade war has soon evolved to become a currency war thanks to China’s misguided policy to devalue its currency, the Renminbi.

But how did we get to a point where the US is pushing back against the Chinese? More importantly, what has caused the end of multilateralism and globalisation that shaped up a greater part of the last couple of decades?

It’s China. Make no mistake, for all those critiquing the US President for his China policy, we must also criticise China for tilting the international rules in its favour, not abiding by them and in fact, manipulating the system to expand its economic interests.

In many ways, Trump is the first President who understands the Chinese strategy and is, therefore, trying to correct past mistakes. Whether his policies will achieve this or not is a separate question.

If his policy of tariffs was focused on just China, and he had taken the entire world, including some of their long-term strategic allies into confidence, then very likely we’d have seen a better outcome.

Supply chains would have shifted away from China to other countries, some in South Asian countries (including India) while some may have well gone to industrialised countries in Europe like Germany.

The key thing to remember is that diplomatic relations don’t depend on just economic interests, but strategic and political considerations are equally important aspects of geopolitics.

The Need To Compromise

Therefore, it would make perfect sense to forego some economic interests by offering trade concessions to allies in order to get greater political and strategic influence over international matters. This would be the only way we can build pressure on the Chinese to play by global rules and regulations.

The failure of globalisation and multilateralism is not because we didn’t have a good set of rules and regulations in place, but it is more because of China’s reluctance to play by these rules.

The Chinese government in many ways is very opaque, and given that it’s a Communist country, it gives them great power to set up non-tariff barriers that are opaque to trade.

In fact, many countries have repeatedly highlighted how China is a regular offender of World Trade Organisation (WTO) regulations.

Therefore, what would be a pragmatic solution would be to ensure a system that ensures that countries comply with the said rules and regulations, failing which there should be heavy penalties imposed on non-complying nations through coordinated increase in tariffs or non-tariff barriers by a host of other countries.

There are provisions within the WTO for the same. However, they’ve failed as we’ve seen a lot of unilateral action over the last couple of years.

Therefore, such provisions must be strengthened and countries must look at greater cooperation in these matters to revert back to a rule-based regime.

Under Prisoner’s Dilemma, there are two suspects who are under scrutiny by investigative agencies for a crime. These two suspects or prisoners have two options, either to confess to the crime or to not confess.

Now, the game is such that the best outcome is when the prisoner confesses while the other prisoner doesn’t confess. Therefore, both the prisoners will invariably confess, fearing that the other may not confess.

It is, however, the case that had both not confessed, they’d have got a lighter sentence. So, for both, the optimal situation is to not confess. However, in reality, they both end up confessing and get a higher punishment.

This example is extremely important when one views the current geopolitical situation where what we have is two countries engaging in a trade war with both unwilling to cooperate with one another.

The problem becomes worse as both the agents are unwilling to cooperate even with other countries.

Consequently, what we’re witnessing is an increase in global uncertainty that has resulted in a sharp slowdown in several of the South Asian countries, including China.

One must not have any sympathy for China, which has frequently twisted the rules and manipulated its currency in order to benefit its exports.

The fact that the present US administration has realised this, and it is trying to correct this, is a welcome change.

However, there’s a need to understand that to be truly successful, they’d have to cooperate with other countries, both in South Asia and in the western advanced economies.

The outcome of the current trade war will heavily depend on which of the two countries is willing to engage with the rest of the world.

It is only through such cooperation that we can re-establish a rules-based regime and strengthen existing multilateral institutions.

The only way this is possible is by ensuring heavy penalties for violation of these rules in a coordinated manner.

China must realise that it should operate within existing international frameworks, and that it is equally responsible (if not more) for the current growth slowdown that has gripped most countries of the world.

Devaluing its currency has only sent a signal that its unwilling to change its ways, so, perhaps, we’re looking at a prolonged economic war between two of the world’s leading economies.