The Economics Of The MSP Hike 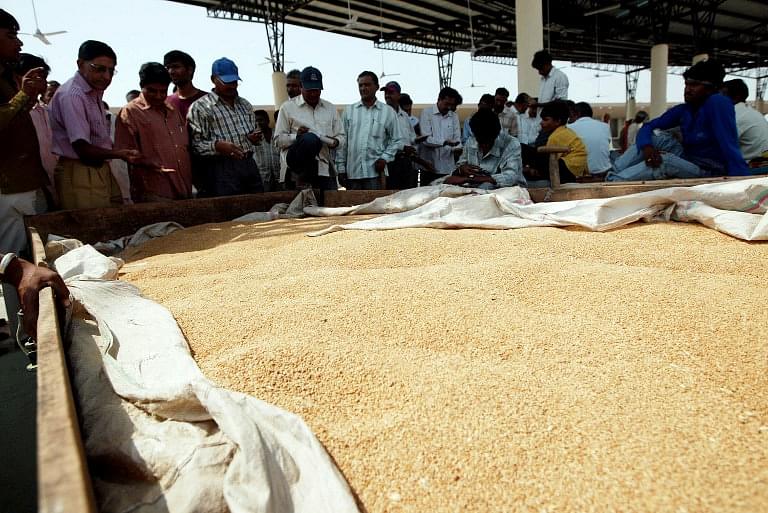 On June 17, the Cabinet Committee on Economic Affairs (CCEA) approved the recommendations of Agricultural Costs and Pricing Commission (CACP), increasing the Minimum Support Price (MSP) of fourteen agricultural crops including paddy. MSP for paddy per quintal was fixed at Rs 1410 for Kharif season of 2015/16, up from previous 1360 by Rs 50 (3.61%).  The hike was modest in relative terms, even in comparison to last year (3.82%).

While the rationale for the fiscal year 2015/16 is still not publicly available, in 2014/15 CACP had recommended an increase of 3.8% on the basis of two conditions . First, there already exists a record stock of food grains including rice with FCI and state governments. This year, too, the picture has more or less remained the same.  As on 8th June 2015, there was 58.68 million metric tonne (MMT) stock of foodgrain in central pool. This is not only about twice the required norms (approx 21 MMT in April 2015) but also modestly higher than storage facilities available with FCI  (approx 55 MMT).

Given that the economic cost of handling rice is roughly 50 percent higher than MSP, on logistical grounds alone the there was not much headroom for increasing paddy MSP.

Although the CCEA largely accepted CACP recommendations as far as cereals are concerned, in case of pulses it has chosen to give Rs 200 per quintal bonus on top of the increase recommended by CACP in view of lower production of pulses. It is pertinent to note that prices of pulses have increased substantially in last year, despite overall lower inflation. Internationally, Malawi,  Mozambique, Tanzania, Kenya and Canada are important pulse exporting countries and in these countries production of lentils is expected to be adversely affected by El Nino effect . It is hoped that the new price signal will shift the cropping patterns away from cereals, where India already has plentiful stocks, and towards pulses where deficit is more pronounced. While the price signal has been delivered, given the weak procurement infrastructure in pulses, effectiveness of this signal remains doubtful.

Prices of cotton are usually dictated by international prices. With internationally commodity prices being weak, MSP increase in cotton was expected to be modest. On expected lines, MSP for cotton was increased by Rs 50 (1.23%). Increase in other oilseeds was in the range Rs 30-50.

As the Minimum Support Prices are a major component in the inflation projections of central bank, a modest hike makes subdued future inflation path more likely. Consequently there is a case for reducing interest rates. However RBI has repeatedly expressed it’s concern on adverse weather reports and flare up in inflation of oilseeds and pulses, commodities with no central stock to act as buffer. Given the totality of situation, further moderation of interest rate is not inevitable. Much will depend on how the monsoon scenario unfolds.

Vagaries of monsoon and political economy

Meanwhile farm output is likely to be potentially affected by a rare weather shock: a back-to-back drought. Indian Meteorological Department has predicted  88 percent rainfall of Long Term Average (LTA). Twelve percent shortfall is really worrying as it comes on the back of similar 12 percent shortfall last year. Adding to the worry, Australian Bureau of Meteorology has confirmed the presence of El-Nino phenomenon. If the prediction of IMD turns out to be correct, lower rainfall may affect both yield and cost of production (as diesel engines need to be used for irrigation).  Modest MSP increase will further add to farmer’s woes.

On the positive note, the bleak prediction of extremely low monsoon has not materialized so far. In June so far, there was surplus rainfall and at least one private weather forecasting company, Skymet Weather Prediction Pvt Ltd., has predicted normal rainfall this year. Next month (July) will be critical for our agrarian economy.

MSP is a very important variable as far as our political economy is concerned. One could have argued that with Bihar assembly elections around the corner, hike in MSP would be substantially higher purely on political considerations. However as public procurement infrastructure is weak in eastern UP and Bihar, the link between MSP and farm-gate price is at best tenuous. Instead of massive hike in MSP, the government has introduced special focus on eastern states in procurement quotas. Additionally government has decided to put in place procurement infrastructure for pulses and oilseeds to back it’s minimum support price commitment.

Avinash Tripathi is an economic researcher keenly interested in theory and institutional evolution of Indian economy
Get Swarajya in your inbox everyday. Subscribe here.
Tags: