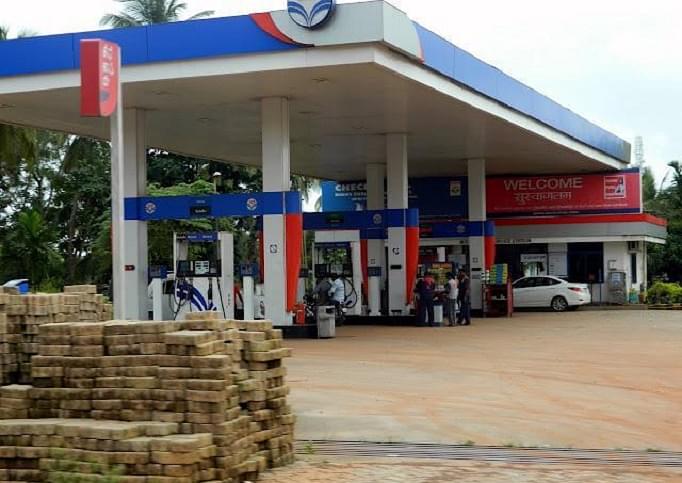 Falling oil prices have made the Modi government lazy on the revenue raising front. And that is clearly not a good sign as we enter 2016.

While you, me and everybody else was busy celebrating the new year, the government quietly increased the excise duty on petrol and diesel, again. This increase was announced on January 1, 2016 and came into effect from the next day.

During the same period the excise duty on unbranded diesel has gone up by Rs 6.37 per litre or 436 percent, with the latest increase of Rs 2 per litre. In the process, the government has captured a major part of the fall in oil prices.

In the same period the price of petrol and diesel in Mumbai has fallen by only 3.6% and 9.9% respectively. What this tells us loud and clear is that the government has captured most of the fall in oil prices, without passing on the benefit to end consumers. The surprising thing here is that there has been no protest on this, either from the opposition parties or the citizens.

There are a number of issues that crop up here. First comes the question, why is the government doing this? In fact, there is a clear trend in the government increases of the excise duty on petrol and diesel. In 2014-2015, the last financial year, the increases came on 11 November, 2014, 2 December, 2014 and 1 January, 2015. These increases were in the period close to the annual budget which is presented in end February.

The same trend is playing out this time as well. The three recent increases have come on 6 November, 2015, 16 December, 2015 and 1 January, 2016. In the run up to the budget which will be presented in end February 2016, the government is sprucing up its finances. Estimates suggest that the three recent increases will bring in an extra Rs 10,000 crore into the coffers of the government.

In the budget presented in February 2015, the government had targeted a fiscal deficit of Rs 5,55,649 crore or 3.9 percent of the gross domestic product(GDP). Fiscal deficit is the difference between what a government earns and what it spends.

So there are two things that the government needs to keep track of here. The absolute fiscal deficit as well as the nominal GDP. The trouble is that the nominal GDP hasn’t grown at the projected rate. The nominal GDP for the first six months of the financial year (April to September 2015) has grown by only 8.2 percent instead of the projected 11.5 percent. And this has thrown the fiscal deficit calculations of the government for a toss.

As the Mid-Year Economic Analysis released in December 2015 points out:

In order to ensure that it meets the fiscal deficit target, the government has increased the excise duty on petrol and diesel thrice in the last three months. On 6 November, 2015, when the first of the three increases came in, the price of the Indian basket of crude oil was at $45.07 per barrel. Since then it has fallen to $32.9 per barrel, a fall of 27 percent. Hence, every time there has been a fall in oil prices, the government has moved in and increased the excise duty.

What this tells us is that on the finance front, the government has essentially turned out to be a one-trick pony. The easy money that the government has managed to raise from falling oil prices has led to a situation where it has totally given up on all other measures to spruce up its revenues as well as cut its expenditure.

The loss making public sector units continue to operate as they had in the past. The government continues to own stakes in companies like ITC, Axis Bank and L&T, worth thousands of crore. The irony is that the government spends a lot of money in telling people that consumption of tobacco is injurious to health and at the same owns a 11.17% stake in ITC through the Specified Undertaking of the Unit Trust of India. How do the finance minister Arun Jaitley and prime minister Narendra Modi explain this dichotomy? (Like P Chidambaram and Manmohan Singh before them).

Jaitley has also talked about a stable tax regime in the past to woo foreign investors to invest in India. How about offering the same stable tax regime to the Indian consumer as well? The Indian economy as well as the government finances have benefitted a lot during the course of this year due to falling oil prices. Sajjid Chinoy, chief economist at JP Morgan India, has estimated that lower oil prices gave a 1.3 percentage points boost to growth in the last four quarters.

To conclude, falling oil prices have made the Modi government lazy on the revenue raising front. And that is clearly not a good sign as we enter 2016.