The Indian Jobs Machine Is Faltering, And Here’s How To Fix It 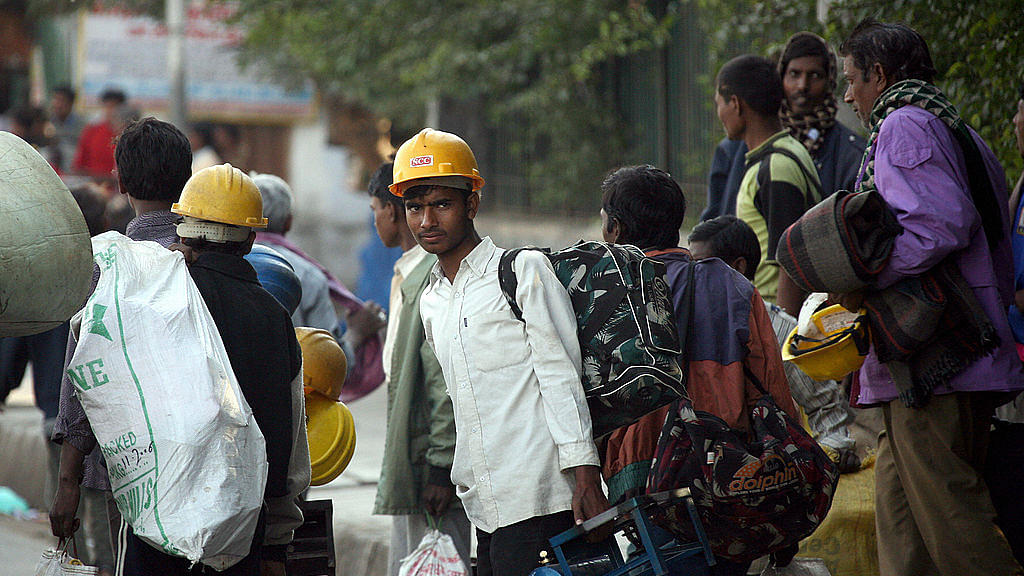 The Patidars in Gujarat want job reservations. The Jats in Haryana want that too. The Kapus went on the rampage in Andhra Pradesh recently, demanding to be classified as backward. The backwards want even lower relegation. In Assam, a committee set up by the centre is looking at how to give scheduled tribe (ST) status to six backward communities. In Chhattisgarh, six backward castes got ST status, and more are being planned.

There can be many more such examples where castes or communities not earlier considered backward or SC/ST are demanding this downgrade in order to access job reservations. The thread uniting these themes across India is jobs – or rather the lack of it. India may be the fastest-growing economy in the world, but it is not delivering jobs commensurate with this growth. In fact, jobs are becoming harder to find, especially for the relatively less skilled and the unskilled. An Indian Labour Bureau survey of 2015 showed that 2,000 companies in eight sampled industries generated all of one lakh jobs, a fall from the four lakh generated in 2014, even though growth in 2014 was lower than in 2015.

Even in the prosperous IT sector, the big boys are thinking automation, not jobs. Three of the five Big Five Indian software majors (Wipro, HCL Tech and Tech Mahindra) actually shrank net jobs in the fourth quarter of 2015-16, according to a Mint report. Only TCS and Infosys are still hiring in net terms.

A HDFC Bank report on India’s tapering jobs growth says that “employment elasticity” in the economy is now close to zero – for every one point rise in GDP, jobs grow only 0.15. Fifteen years ago, it was 0.39. The economy’s job creating potential has shrunk 60 percent during the last decade-and-a-half. Put simply, we are close to literally achieving “jobless growth.” In the 2000-10 decade, India created 64 million jobs, most of it during the NDA tenure, but average annual employment growth has slipped from 2 percent in the 1970s and 1980s (the heyday of Indira Gandhi’s socialism) to 1.5 percent, says the HDFC Bank report.

The tragedy is that this will be seen as a vindication of pro-poor populism and artificial job creation policies epitomised by MNREGA, but the reality is something else: technology and globalisation have steadily reduced the equation between output and jobs.

The HDFC Bank report gives several reasons for this disconnect.

#1: Countries that opened up to trade in recent decades have found that when they entered manufacturing, product prices were already being send south by mass production in the advanced economies. They industrialised too late.

#2: Automation and robotisation have made old Luddite fears real. The report quotes the International Federation of Robotics to show that more robots are used in industry than ever before. Robot sales are rising at 15 percent per annum, while global industrial output is growing at three percent. Bruce Greenwald, the Robert Heilbrunn Professor of Finance and Asset Management at the Columbia Business School, has declared that the heyday of manufacturing is over because productivity growth due to automation is outstripping demand. “Manufacturing is done, and it is not anybody’s fault. The global productivity growth in manufacturing properly measured is 5 percent to 7 percent a year, and manufacturing demand is maybe 3 percent annually.” India has missed the manufacturing bus, as I have noted in an earlier article in Swarajya.

#3: We are also paying for Nehruvian mistakes in education and industrial investment. These policies are still to be corrected, even though Nehru left us more than 50 years ago. India chased tertiary education instead of vocationalisation, and sought to invest in capital intensive heavy industry. In short, we created skills and for a small elite, and used capital heavily in a labour-surplus country. The HDFC Bank report quotes another report by Kalpana Kochhar, Raghuram Rajan and others thus: “India’s emphasis on tertiary education, combined with a variety of policy distortions, may have channelled the manufacturing sector into more skill-intensive industries. Furthermore, the government’s desire to create capital goods production capability, especially through public sector involvement, implied that India had a greater presence in industries that required scale (and capital) than other developing countries”. The Nehruvian state’s obsession with Soviet-style capital-intensive growth meant we lost out on a robust manufacturing sector and jobs growth.

The HDFC Bank report sums it up thus: “While the demand of demographic transition was for low-skill and labour-intensive manufacturing, the supply of jobs was of relatively high-skill and capital-intensive. This is the critical imbalance that lies at the heart of the growth-employment disconnect.”

The other issues mentioned relate to the lack of labour reforms and the inability of Indian industry to think of manufacturing in scale.

Is there a way out of jobless growth?

The authors of the HDFC Bank report suggest two ideas:

One is to shift the focus a bit away from “Make in India” and manufacturing to “Farm in India” and “Serve in India” That is, emphasise the job-creating parts of agriculture and horticulture, and service industries.

In manufacturing itself, the authors advocate a different priority list of 20 industries to concentrate on, in a descending order of importance. Topping the list (see table) are the following sectors: Computer electronics and optical products, furniture, leather and leather products, printing and publishing, rubber and plastic products, and apparel.

The Modi government’s Skill India programme will not work unless skill development itself is reformulated keeping areas with the most job potential in mind.

The real danger is that the cyclical revival in growth pushed by the government’s public investment in infrastructure will not sustain if jobs too don’t grow. Say the authors: “Even as we remain convinced that a cyclical recovery is on the way for the Indian economy, led by infrastructure investment and urban consumption, we are concerned, going by past trends, about the lack of a commensurate increase in employment. This itself could feed back into slack demand and cap the recovery.”

There is a two-way loop between growth and jobs: without growth, jobs won’t come but without jobs growth, growth itself will falter.