The Mauritius Loophole: The Story Of Its Origin And How India Finally Managed To Shut It 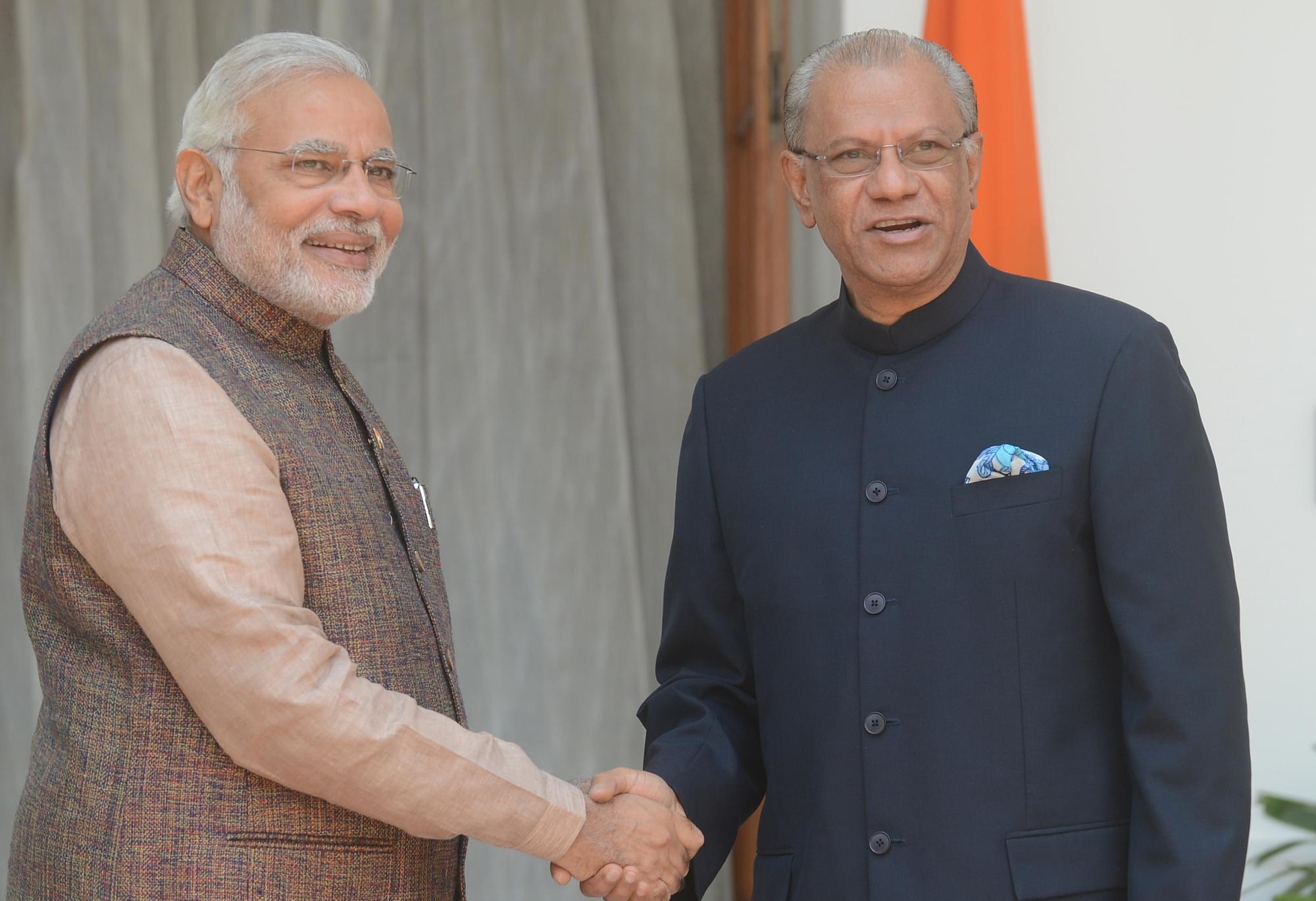 On a hot April afternoon the finance minister got up to reply to an equally hot Lok Sabha. In Bombay (not yet Mumbai) an income tax commissioner had sent out a letter in March to some foreign institutional investors telling them to provide proof that they were genuine Mauritius residents.

As soon as the news hit the stock market (4 April) trading in the stock market had collapsed. The foreign investors had begun to do what would be a pattern for the better part of the next decade. They sold securities furiously.

The finance minister Yashwant Sinha got up to inform the house, the letter was to be withdrawn immediately. In addition, he promised investors that the government was not planning to do any investigation of the proof of address they had furnished to the Indian stock exchanges. Any proof of address given out by the Mauritius government would be considered as adequate by the Indian tax authorities. Members of the Lok Sabha thumped their desk in appreciation as Sinha made the statement. The markets pulled back.

Fifteen years later, his son Jayant Sinha as minister of state for finance in the government has been part of the team that erased this provision from the Indian tax laws.

Between April 2000 and December 2015 of the total foreign portfolio investment (investment through stock markets, Sebi data) of $179.32 billion as equity that has flown into India, nearly 35 per cent has come from Mauritius.

Any income generated by a person or a company in a country is to be taxed. For residents of a country, this poses no problem. But when the same resident earns money in another country, he is liable to be taxed in that country and back home. To ensure he is not taxed twice, countries sign a double taxation avoidance agreement with each other.

With Mauritius, India had signed such an agreement or protocol in 1982. (We will come to the context of its signing later). Problems arose as under the protocol India promised to allow investors from Mauritius the freedom to invest in the Indian stock market and not pay any capital gains tax on the income. The understanding was that Mauritius would do so.

Mauritius has never taxed the capital gains of any investor registered in the island and investing offshore. It also had no dividend or income tax to levy on such investors. Effectively then, investors to India had the chance to legally earn a significant tax free income on their investments.

Since the misadventure of the elder Sinha, successive finance ministers have tried their bit to end this tax adventure. Even central bankers have stepped in and with disastrous results. Early on in the first innings of finance minister P Chidambaram, RBI Governor YV Reddy made a speech supporting taxation of income earned from the stock markets.

It was an innocuous speech in the course of which Reddy had inserted the sentence. But it was enough. Within an hour through the wire agencies Chidambaram was told about the comments. In another half an hour that evening all the television news channels had camped themselves outside his office. The recording was played almost incessantly the next morning in all business news broadcast to ensure the markets did not go into tailspin. Postscript: The RBI website pulled down the offending section of the Governor’s speech to put up a more neutral one, instead.

This happened despite the free passage beginning to attract negative attention. One of the most telling accusations was about round tripping. Domestic investors, it was alleged would set up a shell company in Mauritius and invest in the Indian stocks from behind the shell. It was a good and valid point but so far there has not been a single prosecution in India or by Mauritius for such round tripping.

Over the years as the volume of criticism mounted, Indian tax authorities tried to turn off the tap despite the obvious reluctance of Mauritius. One of these was to erase the offending clause from the protocol since income and dividend tax regimes in the island nation could not be touched. But given the friendly relations between the two countries it was impossible to turn the tap off unilaterally. The country could successfully drag India to international arbitration. The other track was to make it progressively difficult for foreign companies to claim a Mauritius residency.

None of those addresses was more famous than One Cathedral Street on Jules Koenig Street in Port Louis, the capital of Mauritius. It housed a huge number of addresses of investment firms, mostly as Post Boxes that was enough to make them get the stamp of Mauritius residency. As India prodded that government more and more, these addresses became difficult to sustain as evidence of residency and began to disappear from the list.

But the numbers and volume of bonafide foreign investors which made Mauritius as their base for invest into India shot up. It made little sense to avoid setting up a presence in Mauritius. So as Port Louis became strict asking the investors to show genuine evidence of being of Mauritian provenance, the attraction did not diminish. The firms set up well tenanted offices there, hired local people and still made profit on their Indian exploration. A statistic from Department of Industrial Policy and Promotion show that between 2000 and 2011 the top ten foreign direct investment proposals into India too were all via Mauritius.

This was difficult to cut back on. The tax loophole was legal, the firms had solid presence in the island and yet made money on the arbitrage. India began on its second line of defense, which was to cut down on the rate of the capital gains tax for all categories of investors including domestic, putting money into the capital market. This worked but there is a natural floor to it. Eliminating capital gains on all classes of assets was a huge financial drain for the economy with no alternative to shore it up. Besides, there is a problem of tax ethics. Why should an investment made on capital markets be made tax free when there were more demanding reasons for set off—say for a manufacturing unit located in India which has an employment spin off.

The pressure was back again to wipe off the tax provision from the protocol.

The tipping point in the negotiations came after India offered an almost similar treaty to Singapore. To those who might question why it was necessary for India to walk the same route, there are two answers. The first is as follows: For the better part of the last decade India has had to ratchet up the attraction of its stock market for foreign investors to make up the hordes of objections to foreign direct investment in myriad of sectors. The UPA government for instance kept on attempting to open up banking, insurance and civil aviation to foreign investment with varying degrees of success. The opening up of the telecom sector to FDI came with a bucket load of safeguards.

The second one is simpler. Wiser after the Mauritius experience, the Indian government offered tax set offs but only for those who were genuine investors from Singapore. This was done by inserting a clause termed Limitation of Benefit (LoB) which has a fat financial floor before an investor qualifies for the tax rebate which incidentally is more liberal than on offer from Port Louis.

Since Singapore has a sophisticated financial sector including for those which had set up addresses in Mauritius, they began to desert the island, big time. Mauritius now sensed a problem. It asked India for the insertion of the LoB Clause and redrafting of the protocol. New Delhi simply asked for termination of the pernicious capital gains clause as a ground to insert the new clause.

There are two side dishes to this narrative. The first is the relative role of FDI versus portfolio investment or FII. Till India kept large swathes of its domestic markets insulated from FDI, there was no way it could afford to play around with the attraction it offered to FIIs using offshore tax havens like Mauritius.

As the Modi government has raised the FDI limit for almost all sectors to 100 percent and is proceeding to liberalise others like e-commerce, the inflow of FDI into India has shot up in the past one and a half year. It is long term and makes the economy less dependent on FII inflows.

Also in a world economy where growth prospects are negligible in most economies, the pace being maintained by India is impressive. The cabal of FIIs cannot demand a special treatment in this environment and so are unable to criticise the treaty. Ravi Sundar Muthukrishnan, co head of research at ICICI Securities says, “The dynamics of the market has changed where tax arbitrage to keep one segment happy makes little sense”.

The other tale is about the origin of the Mauritius protocol. Indira Gandhi had landed in Mauritius in September 1982 to support a new government in the island that had just come to power in the general elections a month ago. In the continent of Africa this was the first country where the government was changing through democratic means in their post independence era. As the presumptive chairman of the non-aligned movement and a champion of democracy India had to offer and did offer quite a few goodies to the government of Anerood Jugnauth.

There was an offer of support from that government in return. It was willing to support India’s demand for return of the island of Diego Garcia in the Indian Ocean as a means to make the Ocean demilitarised instead of remaining as a US naval base. Just a month ago, Mrs Gandhi in her first visit to the USA as Prime Minister in eleven years had told President Ronald Reagan about her demand, which was not acceded to. It was a matter of prestige. A tax avoidance protocol was a small price to pay for it and did not even figure independently in any of the press releases from the trip.