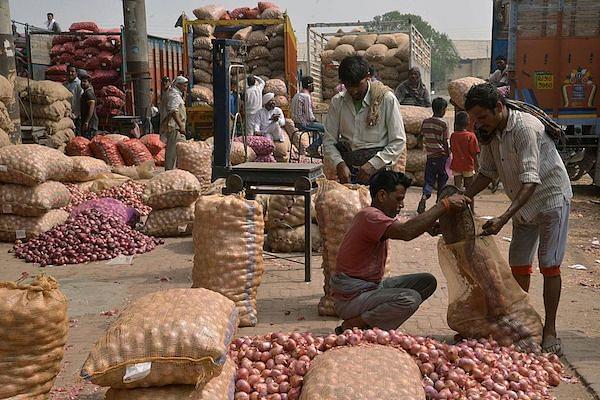 In a little over a month’s time, India will have a new Reserve Bank of India (RBI) governor. The governor will have to initially tackle high food inflation, about which the RBI cannot do anything. At least, not directly.

Food inflation in June 2016 was at 7.79 percent. Within food, vegetables, pulses and sugar, saw an increase in price of 12.72 percent, 28.28 percent and 12.98 percent, respectively. Spices went up by 8.13 percent. Food prices have gone up primarily because supply is not enough to match demand.

A lot of food produced in India goes to waste because of an inefficient supply chain with not enough cold storages going around. Further, the supply chain is riddled with middle men who at times engineer an artificial shortage of food, in order to profit from it. In technical terms, this is basically referred to as a supply shock. And the Reserve Bank can do nothing about a supply shock, only the government can.

Nevertheless, there are second order effects of food inflation (or “supply shock”, as we just called it). And the Reserve Bank clearly has a role to play here. As D. Subbarao, former Governor of the RBI, writes in his new bookWho Moved My Interest Rate?-Leading the Reserve Bank of India Through Five Turbulent Years: “What about the criticism that monetary policy is an ineffective tool against supply shocks? This is an ageless and timeless issue. I was not the first governor to have had to respond to this, and I know I won’t be the last. My response should come as no surprise. In a $1500 per capita economy-where food is a large fraction of the expenditure basket-food inflation quickly spills into wage inflation and therefore into core inflation...When food has such a dominant share in the expenditure basket, sustained food inflation is bound to ignite inflationary expectations.”

As wages go up, consumption of goods and services is likely to go up, and this can lead to further inflation, as the supply may not enough to match demand. And this is something the RBI can control by raising interest rates.

As things stand, this is something that the next RBI governor will have to face during the three years of his tenure, which will almost match with the remaining tenure of the Narendra Modi government. There will be great pressure on him, from the government and big businesses, to cut interest rates in order to push up economic growth.

The argument about the fact that the RBI can do nothing about controlling food inflation will be offered over and over again, and pressure will be built on the governor to cut interest rates. This is something the next RBI governor will have to face in the months to come.

Also, by September 2017, the government will start getting ready for the next Lok Sabha elections, scheduled for the first half of 2019. It has been observed that inflation in India tends to go up during the period two years leading to the Lok Sabha elections.

Analysts Ritika Mankar Mukherjee and Sumit Shekhar point this out in a recent research note titled The Political Underpinnings of Inflation in India. As they point out: “Inflation in India picks up with uncanny regularity in the run-up to General Elections.”

One reason for this lies in the fact that the Union Government increases subsidy (primarily on food, fertiliser and petroleum) spends in the last two years of its term, before facing the electorate in the Lok Sabha election. Take the case of the period between 2009 and 2014. For the first three years, the government spent 2.2 percent of the gross domestic product (GDP) on subsidies. In the last two years, it spent 2.4 per cent.

Between 2004 and 2009, the government spent 1.3 percent of GDP on subsidies during the first three years of its term. In the last two years it spent 1.9 percent of GDP. Of course, this was when the Congress party led United Progressive Alliance governed the country.

The point being that in the last two years of the tenure the government tends to increase its subsidy payments in the hope that the voters will vote for it again. Of course, this pushes up inflation as a greater amount of money in the hands of the citizens chases the same amount of goods and services.

The point being that the chances are that the next RBI governor will have to face both high overall inflation and high food inflation until 2019. In this scenario, the argument that the RBI cannot control food inflation and, hence, should cut interest rates will be offered again and again.

Nevertheless, the Governor, whoever he or she is, will hopefully agree with what Subbarao writes in his book: “It might be possible to grease the wheels of growth by acquiescing in higher inflation; but such growth is bound to be fickle. In the long run though, higher inflation takes a heavy toll on growth. If we want sustained growth, low and steady inflation is a necessary perquisite.”

This article was originally published in Vivek Kaul’s Diary— a newsletter that cuts through the noise and presents actionable views on socio-economic developments in India and the world. He is the author of a trilogy on the history of money and the financial crisis. The series is titled Easy Money.