The Road To Energy Security Goes Through Diplomacy 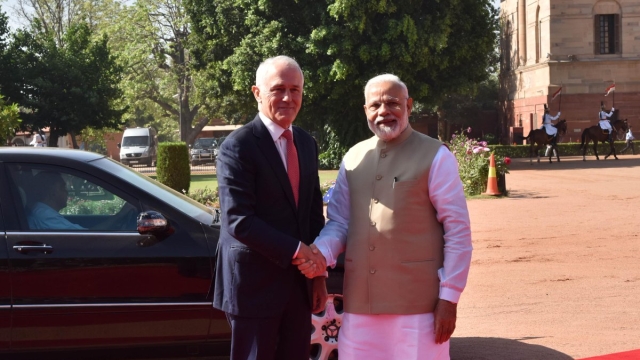 In the ever-transient geopolitical landscape, energy cooperation has emerged as a key strategic factor that impacts multiple stakeholders across the various verticals of human interactions, be they economic, social, political, bureaucratic, legal, technological or environmental. And all this is besides energy being a commodity for most of the geo-economic calculations and geo-dynamics.

For instance, India’s stand in the Indian Ocean region has been strengthened with Australia and Bangladesh concluding bilateral talks over energy cooperation recently.

Renewable energy cooperation in the Indian Ocean region on bilateral as well as multi-lateral levels has placed green energy ties as one of the strategic vectors of India's foreign policy, assuring the world of India being a responsive and responsible global power.

Energy strategies have been central to a country’s foreign policy in changing geopolitical aspiration and ambition, as energy strategising has multi-pronged and multi-layered implications. Therefore, the energy diplomacy of a country evolves to gain a strategic dimension along with a comprehensive character that focuses on so many inter-linked factors of strategy vis-a-vis – political, economic, technological and environmental.

Energy security now embraces a more inclusive multi-objective nature that goes beyond the traditional binary idea of security of demand and supply. The scope ranges from renewable sources of energy, i.e., bio, nuclear, solar, hydro, wind, geothermal and ocean energy, to ensuring efficient, affordable, accessible as well as the ethical use of energy resources, and prioritising the sustainable development of the region.

India has emerged as a leader in the Indian Ocean region on clean energy and has invested a fortune to achieve the synergy between maintaining an economic growth rate of over 7 per cent and its commitment to ensuring the environmentally sustainable development goals. India has also invested in re-green development, green energy harvesting, greener technologies, adopting global best practices and research and innovation of sustainable energy solutions.

This has changed India’s foreign policy outlook that places emphasis on green energy diplomacy. The commitment is evident from New Delhi’s recent move pledging to invest $9 billion in developing mainly the power and gas sectors of Bangladesh with an aim to strengthen Dhaka’s emerging industry base as well as help meet its inflating energy requirements. Another factor that points to energy security as an important aspect of the Indo-Bangladesh development partnership can be gathered from India’s promise to supply an additional 60MW to the existing 600MW of power to Bangladesh.

Numerous agreements were signed between the two nations. The first one is a general cooperation pact for peaceful uses of nuclear energy. The second one was signed between the Atomic Energy Regulatory Board (AERB) of India and Bangladesh Atomic Energy Regulatory Authority (BAERA), which calls for the exchange of technical cooperation and sharing of information in the field of nuclear safety and radiation protection. The third agreement focuses on Indo-Bangla collaboration regarding nuclear power plants in Bangladesh. Power behemoth NTPC was among the blue-chip Indian companies that concluded investment proposals to supply electricity and enhance power generation in the eastern neighbour. Reliance Power signed an agreement worth $1billion with Bangladesh's power, energy and mineral resources ministry for the first phase (750MW) of the 3000MW power project at a place called Meghnaghat in Bangladesh.

Adani Power Ltd also concluded an agreement to supply 1600MW of power from its plant in Jharkhand to Bangladesh, involving a cost of $2 billion. Thus, maintaining the status quo of cross-border power connectivity being the key bridge of friendship between the two countries. Lastly, an agreement was also signed between Bangladesh India Friendship Power Company Limited and EXIM Bank of India worth $1.6 billion for the construction of 1,320MW Maitree Power Project in Rampal, Bangladesh.

The BIMSTEC Grid Interconnection, an agreement on the BIMSTEC Trans-Power Exchange and Development Project, will work as a framework document and shall lay guidelines for cooperation in the implementation of grid interconnections for trade in electricity with a view towards promoting rational and optimal power transmission in the BIMSTEC region, comprising countries in South Asia and South East Asia such as Bangladesh, India, Myanmar, Sri Lanka, Thailand, Bhutan and Nepal.

It will give impetus to the promotion of efficient, economical and secure operation of power systems through the development of regional electricity networks. This will also help optimise capital investment to increase power generation capacity across the region and power exchange through cross-border interconnections.

The BIMSTEC, an international organisation, formulated the "Plan of Action for Energy Cooperation in BIMSTEC" in the first BIMSTEC Energy Ministers' Conference held in New Delhi on 4 October 2005.

This provides India with a new space for cooperation in the Indian Ocean region.