The Stock Market Is Booming: Is It Time To Quit Or Stay Invested? It’s The Latter 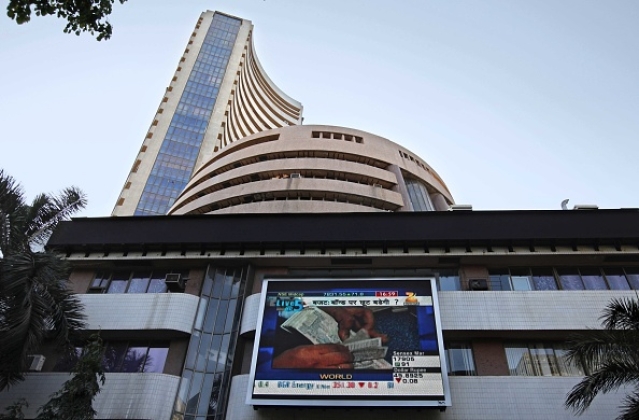 Stocks are now the flavour of the season. (Hindustan Times /Contributor)

The Indian stock markets are on a tear, with both the Nifty and the BSE Sensex hitting new highs in the last few days. While the Nifty crossed its all-time-peak yesterday (25 April) at 9,300-and-odd, the BSE Sensex crossed 30,000 today (26 April).

It is never a good idea to get carried away by this general bullishness, for markets can move both ways. However, there is good reason to believe that the current rally has legs despite concerns about bank bad debts and slow revival in corporate profits and the investment cycle.

The reason for some optimism is this: rallies do not depend on fundamentals alone. They depend on sentiment and liquidity too – and here the signals are positive. The markets may be running ahead of fundamentals, but this could be because they may be signalling a coming improvement in fundamentals two or three quarters down the line. Another reason for the market buoyancy: to attract investment, India does not have to be the best economy in the world; it merely has to be doing better than the rest. And here India is in a sweet spot.

Sentiment: The main sentiment booster is politics. Recent elections, both in Uttar Pradesh and now in Delhi, have shown that the Bharatiya Janata Party’s (BJP) grip on power is unshakeable under Narendra Modi. This sentiment will remain as long as the BJP does not suffer a major electoral reverse – with Gujarat due, towards the end of this year. This means the markets will have no political worries till around September, after which focus will shift to what will happen in Gujarat.

In contrast, both America and Europe are in deep political turmoil – with Donald Trump looking increasingly unfocused, and French and British elections looming. The far Right may not win in France, but it is certainly looking stronger, and protectionism will be key to the election of even the centrist candidates.

One-Eyed King: When we look at the domestic economy, it may not look very good, but when one compares it to the slow growth in the west and Europe, foreign investors cannot but see India as a bright hope. In the years ahead, the US and Europe cannot grow more than 1-2 per cent annually; India is unlikely to grow slower than 5-7 per cent, even when measuring gross domestic product under the old methodology.

Liquidity: Both global and domestic liquidity are high. While the west in awash with cash, in India large amounts of money are flowing into stocks, now that bank interest rates are unappetising and taxable. According to an Economic Times report last week, for the first time since 2010 cumulative domestic capital flows into stocks through mutual funds and domestic financial institutions (insurance, etc) exceeded foreign portfolio flows by a wide margin: over 24 months, domestic institutions invested $16 billion versus $6 billion by foreign investors. Says the newspaper: “The total market value of domestic money in the BSE 200 at the end of March 2017 was bigger than the value of foreign fund holdings for the first time in two years.” The domestic figure for non-government, non-promoter holdings was $323 billion versus $303 billion for foreign funds.

So when we say this rally has legs, we mean two legs at least – the domestic one and the foreign one. Earlier, only the Foreign Institutional Investors (FIIs) had the power to move our markets. Now that the roles are balanced, the stage is set for more to come.

Risk appetite: Anecdotal evidence also shows that Indian investors are lustily investing in mutual fund SIPs (systematic investment plans) and IPOs. The D Mart IPO has been a blockbuster, with the share, sold at Rs 299 apiece, now quoting at Rs 740-750. Anyone who got allotment has made a huge paper gain already. The appetite for good IPOs is strong, with even public sector share sales (Nalco and the CPSE exchange-traded fund) going great guns. Indian investors have clearly developed an appetite for risk, especially for indirect share investments through mutual funds and the routing of 10-15 per cent of employees’ provident fund corpus to equity.

Exchange rates: The rupee’s remarkable stability and strengthening against the dollar – thanks to the bold stance of the RBI in retaining its inflation focus – has been a further enticement for foreign investors. As Marc Faber, author of the influential Gloom, Boom and Doom report, told CNBC TV-18 yesterday (25 April), both Raghuram Rajan and the present RBI Governor Urjit Patel “have done a very good job so far in stabilising the rupee. In local currency, the Indian market is up 13 per cent this year, but in dollar terms the market is up close to 18 per cent because first the stock market went up and then the rupee went up.”

A combination of the Reserve Bank of India’s pause on interest rate easing, the rising rupee (now below Rs 64 to the dollar, from nearly Rs 67 a few months ago), and the whiff of reforms (with the goods and services tax just round the corner) has made foreign investors bullish on India. Moreover, the demonetisation blip is vanishing fast, and the economy is set for a V-shaped recovery.

Stocks are now the flavour of the season as bank fixed deposits and real estate are no longer worth a look. So this is not the right time to be over-cautious. As long as you stick to your asset allocation between equity and non-equity, or shift only marginally more towards equity, you are unlikely to go wrong over a three-year period.