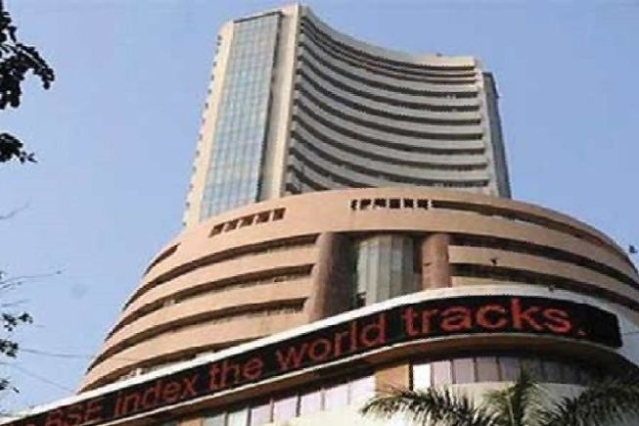 If the stock market has developed that sinking feeling, don’t blame it all on Nirmala Sitharaman’s first budget. True, higher taxes on the so-called “super-rich” have dampened sentiments, especially foreign portfolio investors (FPIs) who are not corporatised, but the market’s 3-4 per cent decline from the pre-budget, intra-day Sensex peak of 40,267 can hardly be explained purely by what Sitharaman’s “bahi-khata” contained.

The tax on the super-rich certainly needs to share some part of the blame, for it directly impacts the earnings of investors. An Economic Times report suggests that some 40 per cent of FPIs who operate as trusts will get hit by the additional surcharge on those in the income brackets of Rs 2-5 crore, and Rs 5 crore plus. Their effective tax rate moves to the range of 39-42 per cent. FPIs who operate as companies are not impacted.

But this worry should be a short-term one, for the finance ministry will probably do something about it, or the FPIs concerned may themselves rework their trust status to avoid the tax.

The drop in sentiment needs additional explanations beyond the stings the budget had in store.

The first reason is obviously the pre-budget build-up. The market started hitting the skids from end-October 2018, when the BJP looked set to lose some state elections and the possibility of a hung parliament in May 2019 loomed large. But once the interim budget got presented, and the Pulwama-Balakot narrative took hold, punters realised that Narendra Modi would return to power, the only doubt being the quality of the mandate.

Between 26 October 2018 and 3 June 2019, which marked the two ends of the recent bottom and top, the Sensex gained over 20 per cent. The current drop is thus a form of correction for the index having risen too fast, too soon in anticipation of a favourable political event. Now that that event is behind us, the market is booking some of its gains.

The second, and more important reason, is the huge overhang of equity offerings ahead of the market. For starters, the government itself has raised the disinvestment target from the Rs 90,000 crore, mentioned in the interim budget, to Rs 1,05,000 crore in Sitharaman’s budget. This is over and above the potential sale of Air India and other loss-making public sector units.

Besides, there will be several private IPOs scheduled later this year all the way to March 2019. And let’s not forget, big investors may also be foraging for value at the insolvency courts for picking up worthwhile assets at knockdown prices. Jet Airways, for example, is an airline you might be able to pick up for a song in the coming fire-sale.

When the supply of scrip is going to become a deluge, prices in the secondary markets have to weaken.

Third, we need to check for underlying weaknesses in several sectors. While the banking sector overall is recovering – with its bad loans portfolio now steadily coming down – others are under the weather. Among them, non-bank financial companies, real estate and construction, and automobiles, especially the last-named.

FMCG has faced weak consumption demand, and while telecom has stabilised, the big three – Jio, Airtel and Vodafone Idea – are far from achieving higher revenues per user. With 5G auctions looming, they will need to raise more debt and equity to buy expensive spectrum. When so many sectors crucial to the indices are far from buoyant, it is no surprise the market is tanking.

Fourth, many smart investors suspect that the budget’s math is worrisome, as the large spillovers of expenditures from 2018-19 will impact this year’s unrealistic fiscal deficit target of 3.3 per cent. The prospect of much higher revenues in the remaining quarter of the year is weak, and this means there could be a spending crunch in the last quarter, when public investments may be axed.

Unless disinvestment delivers in spades, and asset sales also yield higher revenues, economists suspect that growth and investment prospects in 2019-20 are not as hunky-dory as the government would like us to believe. This means at some point the falling interest rate scenario may be halted if the fiscal worsens, ending the party in the stock markets as well. Stock prices and interest rates are inversely related. When rates fall, stocks rise; and vice-versa.

Fifth, one true – but limited – market shocker is the 20 per cent tax on share buyback announced in the budget. While this has impacted the ongoing Infosys buyback plan, many other buybacks may now be rethought or cancelled. Most cash-rich software companies have been regularly offering buybacks (including TCS, HCT Tech), but in future this may not be as tax-effective for companies or investors.

The new tax is intended to close a tax loophole under which dividends are taxed at the corporate end but not buybacks. Buybacks help market sentiment in two ways: one is about returning money to investors with lower tax implications, and the other is about increasing the earnings per share as the outstanding capital base shrinks. Cash-rich companies like TCS and Infosys are a huge part of the index.

So, what lies ahead for the markets?

One, middle class domestic savings continue to be moving towards stocks, and the Association of Mutual Funds in India (AMFI) reports robust inflows of over Rs 8,000 crore per month consistently in SIPs (systematic investment plans). This means even if foreign institutional investors (FIIs) slacken their inflows, domestic money will hold up the markets.

Two, sectors like infrastructure, housing, banks and NBFCs are beginning to receive the kind of attention from government that will surely lead to shares in these companies performing much better in future. And as government spending in rural areas rises this year, both through direct payments to farmers under PM Kisan Samman, or through investments in agriculture and its supply chain, these sectors – as also consumption-themed stocks like FMCG – should start rising steadily. By the end of 2019-20, the sectors showing an improvement in performance will start outnumbering the sectors showing a depletion.

Three, the sovereign bond issue planned for later this year and other efforts to raise more direct investment from abroad will strengthen the rupee and boost investments. These will create a virtuous cycle of inflows that will prompt more such inflows, for the biggest risk facing foreign investors is not necessarily our red tape, but exchange rate risks.

The bottomline: the weakness in stocks is temporary. By October, once the bad news is digested, the market should resume its upward trajectory. We should be looking at Sensex levels of 50,000 any time after 18 months from today, possibly in fiscal 2021-22. This should hold good as long as the economy grows by 11-12 per cent nominally over the next two years.