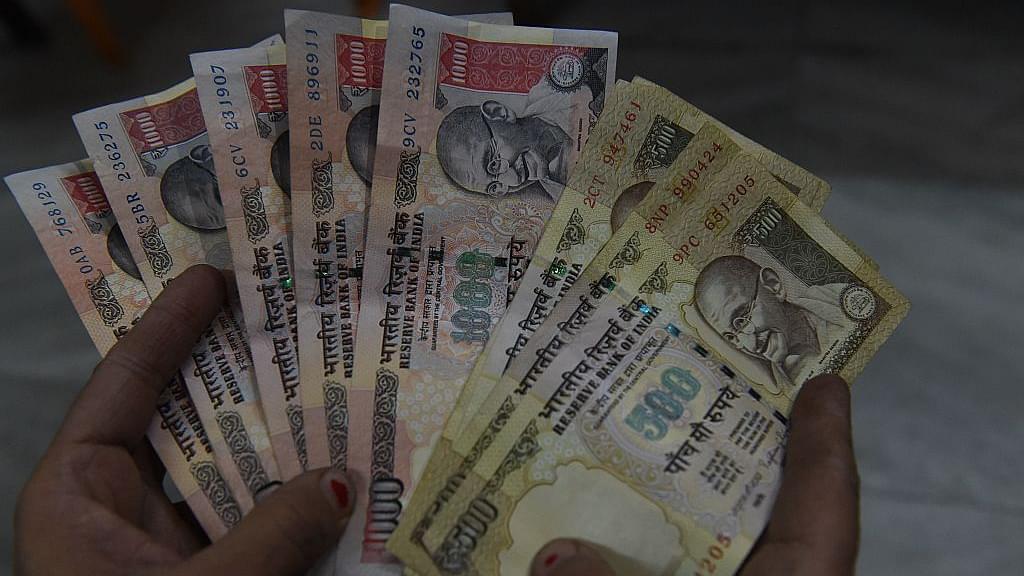 At the halfway mark in the demonetisation effort to get old Rs 500 and Rs 1,000 notes back into the system, nearly Rs 9.85 lakh crore has already made it back to bank coffers. This is said to be worrying the government, for it means by the deadline of 30 December, almost all the demonetised currency will be in.

By 3 December, 63 per cent of the demonetised currency outstanding was back, a Times of India report notes. As on 8 November, Rs 15.44 lakh crore was the amount of Rs 500 and Rs 1,000 notes with the public, the government had informed us a few days ago.

This has two implications, one of which could be dangerous. First, it could mean all the black money is close to finding its way back to banks, possibly through laundering operations. But this is the good news. The government could still benefit if the taxman manages to squeeze lots of taxes from these deposit holders.

The bad news is this: what if a lot of the money deposited is actually fake currency? What if the currency being remonetised through bank accounts is stuff printed in Pakistan? Instead of ending terror funding, we would merely have remonetised it, making white money now available to terrorists, among others.

The Reserve Bank’s official figures, as disclosed in its last annual report, show that fake currency notes detected in 2015-16 were 0.00007 percent – very insignificant in terms of the total notes in circulation.

But this is like catching one thief and saying that barring this there is no other crime in the country. What you detect is likely to be a fraction of what is going on.

If one has noticed what is happening in bank counters, it is this simple to deposit notes. Bundles are given over the counter and deposit slips filled; the counter staff merely use note counting machines to count the notes and put the collected cash in bigger bundles for despatch to the Reserve Bank.

But we also know that large chunks of cash are getting deposited in privacy, for we have not seen queues of people with crores to deposit coming in sacks. Tax raids which unearthed crores of new currency with some officials in Karnataka and elsewhere also tell us the same story. There is a private door for deposit and exchange of notes, and news reports talk of several bank officials being suspended for not exercising due diligence in their work.

Though note counting machines are supposed to check for fakes, it is doubtful if this level of diligence is exercised when bankers are under pressure and hundreds of bundles are deposited away from public scrutiny.

There is a good chance that fake currency may be mixed up with the amounts deposited and bundled up for destruction. This is a loophole at the heart of the note deposit scheme, given the scale of the notes being deposited. With two-thirds of all notes in, it means we can do nothing about a lot of the fake notes already deposited; we can only act on the balance one-third that is still out there.

The finance ministry and the RBI must thus act quickly to close this loophole. This is what needs to be done.

One, anyone making large deposits (say, above Rs 1 lakh) must sign a paper saying the money is his and the bundle must be linked to him, with his counter-signature on the bundle. This way if large quantities of fake notes turn up in his bundle on later scrutiny, he must answer for it. Even if this sounds logically tough to implement, the mere fact that bundles must be signed will deter some fake notes from coming into the system.

Two, the destruction of old notes, if they have not already begun, must be subject to sample checks so that the RBI at least has some estimate of the volumes of fake currency floating around. It will surely find that fake notes are more than the 0.000007 percent it has noted in its report. At the very least, it is worth noting the size of the problem we are grappling with.

Three, it is well known that fake notes seep in through cash mules across our borders, some of it from the western borders, and the great bulk of it from our porous Nepal and Bangladesh borders. It is an open secret that a large bulk comes through West Bengal from Bangladesh, thanks to a large proportion of illegal immigrants in the state and in the north-east. The north-east has a small economy, and hence large quantities of fake currency cannot be used there. But West Bengal is a more likely conduit.

The RBI and the government should clearly subject the cash coming in from bank branches in some of the border districts to special scrutiny, so that preventive measures can be taken henceforth. Bank officers in these areas may also be in cahoots with fake currency peddlers. The chances are branches in the northern parts of UP, Bihar and West Bengal will be crucial links in the chain to uncover fake currency.

The Modi government will have lots of egg on its face if it is found that a large chunk of what it has been remonetising is fake currency. It must take pre-emptive action even at this late hour to avoid ignominy.

(Author’s postscript: This is a modified version of a previous article which assumed that banks cannot easily check for fakes through counting machines. This copy rectifies the error)