True To Self: Removal And Relaxation Of OSP-Related Regulations Recognise India’s Natural Advantage In Services Sector 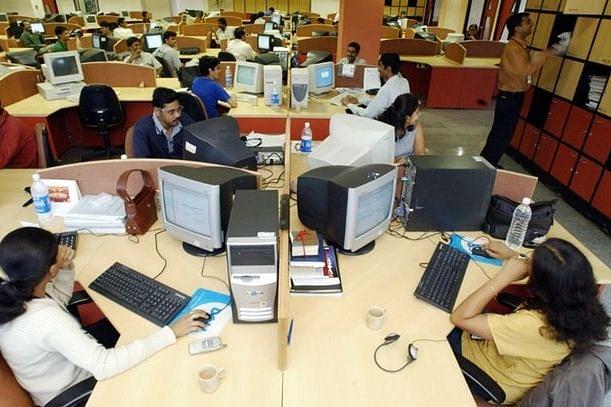 Nearly anyone who is interested in economics, particularly related to India’s economic development is aware of India’s growth being driven primarily by the services sector.

The transition of the Indian economy was from the agricultural to the services sector as we missed the stage of rapid industrialisation. This made services a key contributor to our overall economic activity and provided adequate jobs in the formal private sector.

It is interesting to take a step back and recognise that in early 2000s, the labour market was booming, and real wages were on a steady increase. This boom was an outcome of opening up of our economy, increased penetration of telecom services, the information technology revolution combined with a massive, trained workforce that was proficient in English.

The concern back then was that we may not be able to skill adequate people to meet the demands of the outsourcing industry. What followed since then was, however, a different story and will be a topic of further study by many over the coming few years as we slipped into a period of growth without creating adequate employment opportunities.

However, it is worthwhile to recognise that India’s employment creation, especially for skilled workforce was an outcome of our comparative advantage in export of services.

This is important as in future we may find services to be far more easily tradable. This is a point that was repeated in a conversation with Harsh Gupta, Rajiv Mantri and Dr Niranjan Rajadhyaksha while discussing ‘a new idea of India’.

The pandemic, for instance has already made companies recognise the potential of work from home and/or running a leaner digital enterprise. As mentioned by Harsh Gupta several times in the past, with the advancements in virtual reality (VR), we can have people in India provide services such as those of a receptionist to offices in Manhattan.

The underlying point is that the next round of value creation will probably happen in services as we create a digital global value chain – and India has an advantage here which can ensure easy integration with this global value chain.

With the lowest Internet costs compared to elsewhere in the world and a near universal access to Internet across all districts of India, there are enormous economic opportunities that have opened up.

Many have even made use of these opportunities such as tutors looking at online tuitions to people from across the world – a trend which may only accelerate as many universities too have shifted to online delivery of classes. It is therefore safe to assume that India will witness a further services revolution that will further enhance the economic value creation in our economy.

The question, however, is if we are well-positioned to make the most of this shift that is underway? We must remember that a major reason behind the success of India’s IT sector was that it was organic and a direct outcome of the comparative advantage.

Thus, India’s natural advantage in services does make it well positioned to further enhance its share of services exports. However, there are also several constraints that are imposed by burdensome regulations.

Recently, the government has removed the bulk of these burdensome regulations paving the way for the private sector to respond to the rapidly evolving business dynamics of the IT services and business process outsourcing.

The measures include removal of the registration requirements of other service providers (OSPs) while excluding business process outsourcing (BPO) services engaged in data related operations from the ambit of OSP.

There has further been a removal of requirements such as bank guarantees and static IPs. Along with these, several requirements that prevented the prospects of running a virtual organisation with the policy of ‘work from home’ as the default setting, has been removed.

This means that companies can, if they deem fit go for a capex light model of running a completely virtual organisation. This will be a game-changer as it will allow greater participation of small and medium enterprises in the sector by removing the entry barriers in the form of capital requirements for setting up an office. Moreover, it will give a competitive edge to India due to the low data costs allowing us to be far more competitive than most of our peers in the sector.

These changes are important for allowing the next generation of growth for our services sector. Removal of these norms and simplification of the policy regime reduces the regulatory cholesterol which adversely affected the productivity of the sector.

Therefore, we must view these changes as unshackling of the productive potential of the industry which opens up an interesting set of possibilities for young entrepreneurs across the country.

Essentially, we will see a lot of medium and small enterprises mushrooming across the country and not be confined to the key major metropolitan cities of Delhi-National Capital Region, Gurugram, Bangalore etc, which augers well for overall employment opportunities being spread across the country.

India’s competitive advantage, the availability of cheapest Internet across the country, a pandemic that marked a shift towards rapid digital adoption by most companies and now a comprehensive policy that acts as a catalyst for the sector, are the confluence of factors that are likely to drive the next generation of services revolution in India.