Two Years After DeMo, This Is Where The Government-RBI Relationship Stands 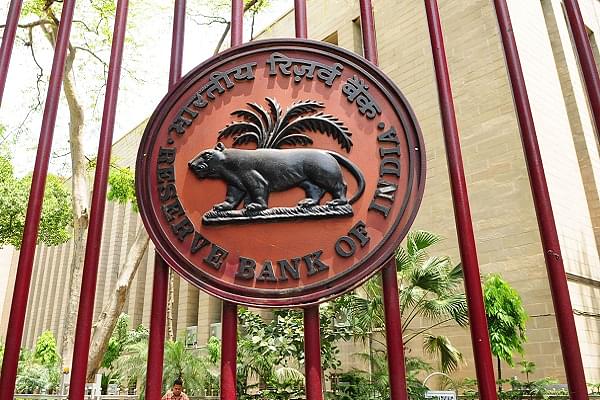 As a former officer of the Reserve Bank of India (RBI), I was shocked to read the recent remarks of Viral Acharya, Deputy Governor of the central bank. There are probably no parallels or precedents to such public remarks that tantamount to threatening the Government of India by a high-ranking officer of the bank.

The RBI is a venerable institution that effuses dignity and reverence in the world of banking and finance, not only in India, but the world over. Its rather quaintly abstruse and almost self-effacing communication style – be it in its official communiques or during public interactions – speaks of its tradition and elan that is generally matchless. This quiet dignity actually conveys so much more than what it actually says and adds an aura of enigma to it. For example, even a passing nod from the RBI Governor at a meeting of CEOs of banks can set tongues wagging.

Like most other central banks, its presence is felt, rather than heard. Insiders are aware that RBI’s reticence and an unwillingness to hog the spotlight is also a calculated strategy to create space for itself. It provides enough room to manoeuvre, change course if needed, and fight its battle with the government quietly and behind closed doors. That has only earned it respect and reverence.

Given this grand setting, it was upsetting to read the speech of Acharya. It is very amateurish indeed and only betrays a lack of experience in managing a large banking bureaucracy. He is certainly oblivious of the ethos and dignified traditions of a great institution that he represents. That the Deputy Governor chose to attack the central government in a public lecture has not only raised eyebrows, but also raised questions of why the government has not acted on this. His continuing in office has become untenable.

The RBI and the Government of India are like Siamese twins who have to work together in the interest of the country. Like wedded partners, they have enjoyed great moments of comraderie as well as intense frictions in their relationship. Over the years, both have learnt to resolve or manage the differences amongst themselves without impacting the day to day operations or the public getting wind of it.

Having said that, let’s look at the controversy itself. It has been reported that the differences arose, among other issues, over the government’s proposal to transfer approximately Rs3.6 lakh crore of reserves to itself. This is not unseemly given that the RBI is an agent and banker to the government. Differences over the use of the reserves are legitimate and must be discussed in closed rooms and not via the media. But in all such matters, if one is guided by past experience, the government view prevails.

For all practical purposes, the RBI has been and continues to be an extension of the Ministry of Finance. All past and current governors and members of the board are keenly aware that in any differences or tussles with Delhi, the Ministry of Finance has the last laugh. If, despite this understanding, Acharya chose to discuss differences in public, it only points to issues extraneous to the functioning of the bank.

The reason for RBI playing second fiddle to the government stems from the RBI Act itself. The government appoints the governor and has the power to sack him. It also has enormous powers to instruct the RBI directly or through its board to carry out its dikats. In fact, there have been numerous instances of this. One interesting anecdote that has done the rounds is that during bank nationalisation in 1969, some in the RBI were said to have had their reservations. Apparently, then prime minister Indira Gandhi’s office called the concerned senior officers directly and ordered them to prepare the necessary paperwork for the legislation. It was done quietly without any further ado.

After Independence, the Government of India had firmly established a tradition of appointing IAS officers or other central services officers, particularly from the Ministry of Finance as governors. This way, it ensured a de facto control of the bank. Of course, there have been a few notable exceptions – like Dr C Rangarajan who was a former deputy governor. Hence, all this talk of the bank’s independence is purely academic and largely a creation of the media to exacerbate the tensions. RBI for its part understands this and is fully reconciled to this reality.

It is the Congress governments that take the cake for running roughshod over the RBI. Many are only keenly aware of the tenuous relationship between former finance minister P Chidambaram governors of RBI, particularly Dr Subba Rao.

The current Chairman of the US Federal Reserve, Jerome Powell is also under pressure from the Donald Trump administration. Trump is on record fighting against the Fed. But the Chairman, given the august traditions of the Fed, has refused to enter into a public fracas. That does not mean he has given in to Trump’s pressure. On the contrary, he has continued with his interest rate regime in a dignified manner, never engaging the President in public.

As expected, the media too has had a role in overhyping the controversy. That the issue has been repeatedly opined upon by known (Narendra) Modi baiters comes as no surprise. Also the timing – a few months before the general election – seems too much of a coincidence. But what is surprising is the amount of support they have generated in the international press.

Viewed in this context, the Deputy Governor’s remarks reflect very poorly on the man. Firstly, the public airing of differences with the government is unprecedented. Secondly the reference to inherent threat to financial markets and hence the overall economy seems outlandish, to say the least. It must be made clear here that the markets will continue with minimal or almost no impact if the Governor and his team are sacked. The markets are dictated by the economic fundamentals and the overall regulatory regime that define the financial and banking infrastructure in India. These are already in place and will be hardly impacted by the individuals. Lastly, the Deputy Governor has displayed a complete lack of awareness of the ethos of the magnificent institution he represents. The markets and the executive leadership of banks in India now recognise this.

It is time for the Modi government to act decisively and bring in new blood into the RBI.