Unlike Rajan Era, Stars Are In Alignment For Governor Das To Internationalise The Rupee 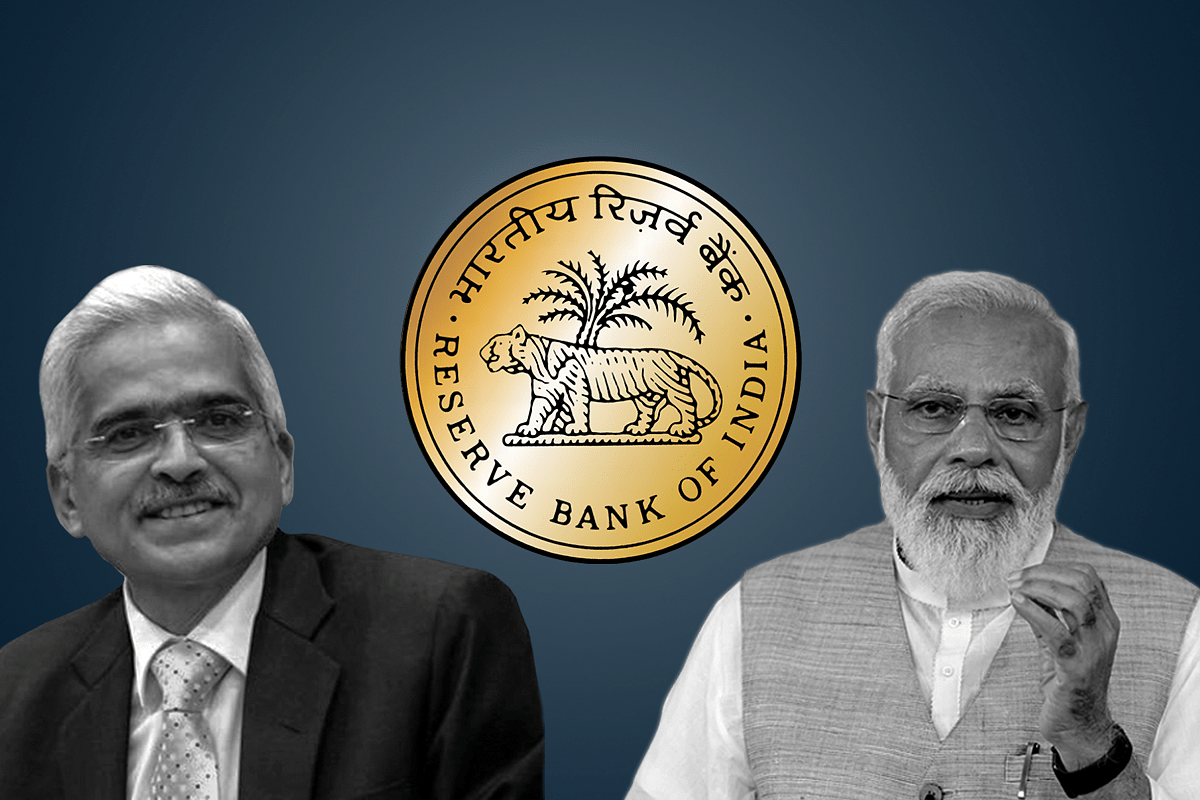 Some nine years after Raghuram Rajan, on taking over as Governor of the Reserve Bank of India in 2013, announced that the rupee would be slowly internationalised, the current Governor, Shaktikanta Das, has finally taken the final steps to do so.

On 4 September 2013, Rajan announced a slew of measures to stabilise the then sinking rupee with these words:

“This might be a strange time to talk about rupee internationalisation, but we have to think beyond the next few months. As our trade expands, we will push for more settlement in rupees. This will also mean that we will have to open up our financial markets more for those who receive rupees to invest it back in. We intend to continue the path of steady liberalisation.”

What was strange was not that he talked about the internationalisation of the rupee at a time of foreign exchange crisis, but that he did not follow through much once the immediate crisis waned.

Unlike the Raghuram Rajan era though, the internationalisation of the rupee may actually happen this time as the geopolitical and economic stars are in alignment.

After the US freezing of Russian assets, the first time this was done to a nuclear power, almost all countries outside the Americas and Europe are looking to reduce dependence on the dollar. This is especially true for countries that are not Western-style democracies — which means most of Asia and Africa.

India started moves to diversify its foreign exchange assets well before Russia invaded Ukraine, and in fiscal 2021-22 it was one of the largest buyers of gold in the international markets. As on 1 July 2022, the RBI’s foreign exchange reserves of $588 billion included over $40 billion in gold bullion, most of which is kept with the Bank of England. Maybe, just maybe, more of this gold should be kept in India or countries that don’t belong to the Anglo-Saxon world. If the US can freeze Russian assets, it can do so with gold kept with the British too.

The rise of China and India — a story that could play out over the next decade — makes the internationalisation of local currencies more and more likely. China overtook the US in 2014 as the world’s largest economy in terms of purchasing power parity (ie, what a dollar can buy in America as against what it can in China at prevalent exchange rates), and could do so in dollar terms by the end of the decade. India is the third largest economy in PPP terms even now, and could be the fifth largest in dollar terms by next year. It is just a whisker behind the current No 5, Britain.

Economies that are larger in PPP terms than in dollars are essentially sending out a signal that a dollar converted into local currency can buy more real goods and services than they can in America. So, if one were to leave the dollar story as merely a safe haven currency (which means it is in competition with gold), holding currencies like the rupee and Chinese yuan is actually more sensible in terms of what we can buy with them locally.

Hopefully, the current RBI Governor, who too has been pushed to internationalise the rupee because of pressures on the exchange rate, will not fail to continue down this path long after the crisis abates. There is no opportunity like the present to internationalise the rupee, though the immediate reasons for announcing a rupee trade settlement plan are obviously the Western sanctions on Russia, where its own dollar reserves have been frozen illegally by the Biden administration, and Sri Lanka’s external bankruptcy, which means it has no dollars to buy essential goods and supplies.

If India is to rescue Sri Lanka, it can either lend it dollars, or operate a rupee account with which that country can buy essentials from India. The latter makes more sense than lending it dollars that it currently cannot repay.

However, if the Governor is to look beyond the current need to finance Russian and Sri Lankan trade with rupees and counterpart national currencies, he must make efforts to sell the idea to many more trade partners, especially the Gulf and Association of Southeast Asian Nations (ASEAN) countries, where the rupee is already traded (both legally and in the hawala markets), and there is a huge population of Indians working or settled there who may be interested in rupee assets.

The big geopolitical reason though is the wayward nature of US priorities, where it can suddenly turn on trade partners and freeze their accounts.

Overdependence on dollars, and investments in US dollar-denominated securities is thus a political risk that countries like India cannot afford, even though there is little chance that the US will do to India what it did to Russia. India is likely to become the world’s fifth largest economy (it is likely to overtake Great Britain shortly), and it cannot be squeezed like Russia.

Soon after President Joe Biden froze Russian trade, its dollar reserves and political relationships, China spoke to global banks about how it can protect its own dollar reserves from any future sanctions, which could follow any invasion of Taiwan or other such expansionist moves.

Even before the Ukraine war, Russia and China had moved towards a financial alliance that involved no dollar denomination. ASEAN nations have been seeking to integrate themselves into a common financial framework that includes settlement in local currencies. After the US sanctions against Russia, many of them will be open to India’s overtures in this direction, provided we make it worth their while.

India has a large trade deficit with ASEAN, and this implies that if some of them agree to settlements in local currencies, they will need greater leeway to utilise the rupee surpluses accumulated in their accounts in India.

The RBI says the “rupee surplus balance held may be used for permissible capital and current account transactions in accordance with mutual agreement. The balance in Special Vostro Accounts can be used for: (a) payments for projects and investments; (b) export/import advance flow management; and (c) investment in government treasury bills, government securities, etc. in terms of extant guidelines and prescribed limits, subject to FEMA and similar statutory provision.”

With the exception of China, whose intentions to subvert India and its economic interests are well known, most other countries should be given many more options to invest their surplus rupees in India.

It would help if the RBI, instead of just announcing these rules for settlement in rupee, were to send its emissaries to countries willing to settle trades in local currencies and sell the idea to them actively.

This way, unlike the Raghuram Rajan era, the internationalisation of the rupee may actually happen. As we said earlier, the stars are in alignment for this to happen.

If the Prime Minister, the Finance Minister and the RBI Governor put their shoulders to the wheel, the rupee can be internationalised regionally, in parts of Asia and Africa, over the next five years.