What Won Modi 2019 Will Not Win Him 2024: Nine Economic Follies That Need To Be Reversed 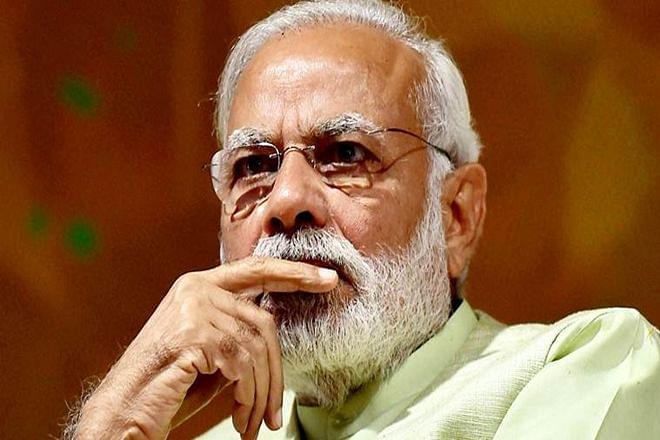 One of the perils facing incumbent governments that receive renewed electoral mandates, especially of the kind Narendra Modi received in May this year, is the tendency to believe that you got everything right. If it ain’t broke, why fix it?

The Prime Minister can certainly assume that he did many things right in his first term, but it is less easy to concede that he did many things wrong. Or that he didn’t do more things right. Unlike the United Progressive Alliance (UPA) government, which did practically no reforms in its first term and still won a second term with an improved mandate in 2009, the National Democratic Alliance (NDA) government did many reforms (the goods and services tax, the insolvency and bankruptcy code, subsidy delivery reforms through direct benefits transfers, etc) and won. So, if one were to ask which improved mandate was genuinely well-deserved and not the result of pure luck, one would have to choose the Modi track-record as the clear winner.

But here’s the problem: if you think what got you here will get you another win in 2024, you are likely to be proved wrong. I predict that if the Modi government does more of the same things that it did in 2014-19, it is going to be defeated in 2024. Its economic underperformance did not matter in 2019 because the electorate was presented with alternatives that were worse than a BJP under Modi. By 2024, this may not remain true, and even if the opposition does not get its act together, the state of the economy (especially jobs) will matter more than ever. Even if the alternatives to Modi are poor, the electorate will vote negatively to oust him and his party.

Here’s what Modi got wrong in 2014-19, and which he needs to fix by 2022 so that these reforms and corrective actions will start delivering by 2024.

First, taxation. The emphasis on compliance is good, but only if tax rates are reasonable for individuals and corporates. The Modi government has compounded its blunders not only by raising tax rates for the better off in the recent budget, but by adding surcharges and cesses. And let’s not forget, for some sectors like telecom or mining, the taxes aren’t even called taxes. When you extract a high spectrum fee upfront, it’s like asking a company to pay taxes even before it starts any business.

This is not to suggest that spectrum must be low-priced or arbitrarily handed over to favoured corporates, as Andimuthu Raja did in 2008, but surely it can be linked to growth of the customer base and revenues rather than just unrealistic base prices that leave everyone a loser? And what is the 2 per cent levy on post-tax profits, called corporate social responsibility (CSR), if not an additional tax?

Second, banks and the public sector. India’s public sector banking has not been fixed; it has only been recapitalised so that it can continue lending. Merging banks or asking the LIC to buy one staggering under huge losses is no solution. Barring four or five large banks that can always remain in the public sector, the rest must be privatised.

The same applies to other white elephants like Air India or Bharat Sanchar Nigam. If they are not sold for a song, we will be perpetually hearing a dirge as they continue losing money hand over fist. Privatisation, in these cases, is not about earning money for the exchequer, but to avoid future liabilities of a permanent nature. Modi’s touching faith in making the public sector more efficient, given our venal and extractive system of political and bureaucratic governance, is misguided. He has to change course.

One cannot also forget the non-banking financial companies (NBFCs). The sector is teetering on the brink, and even though the stronger ones will survive, the weaker ones are afflicted not by just a liquidity problem, but a solvency one. NBFCs need to be capitalised and or merged with stronger banks, apart from being given better liquidity support. Modi must work with the Reserve Bank of India to see that one or two major NBFC failures do not lead to a systemic crisis. The financial sector is already facing headwinds, and adding one more is not what the doctor ordered.

Third, real disinvestment and strategic sales. Selling IDBI Bank to LIC or Hindustan Petroleum to ONGC or REC to Power Finance Corporation are not strategic sales. They are mere transfers from one pocket of the government to another. The rescue of failing public sector IPOs (New India Assurance, GIC, etc) with money pumped in by other public sector entities is also not disinvestment. Nor is the budget-announced decision to let government holdings fall below 51 per cent in case other public entities also hold shares in them. If government is going to reduce its stake and LIC or State Bank of India are going to hold the balance, what we will have is public sector financial institutions stuck with illiquid holdings – a deadweight. What government gains by way of one-time revenues the others will lose.

Fourth, government accounts. These are a scandal. The scandal began under UPA, but Modi has not corrected it. If one were to read the comments of the Comptroller and Auditor General on India’s fiscal deficit in 2017-18, the real figure was 5.85 per cent and not the official version of 3.46 per cent. This is because a lot of budget expenses were shifted to public sector undertakings, and what ought to have shown up as a high fiscal deficit merely showed up as off-balance-sheet borrowings by state-owned companies like NHAI, Food Corporation of India, Nabard, etc. Another technique used to show a lower fiscal deficit is to shift current year expenditures to the following year, and hoping for the best in terms of higher revenues in that year.

This kind of accounting fiction should stop, and it is no better than a Ramalinga Raju cooking his books to show higher profits to shareholders. Finance Minister Nirmala Sitharaman ought to advocate a gradual shift to an accrual-based system of budget accounting, where both cash-based fiscal deficits and accrual-based figures are shown juxtaposed to one another.

Fifth, the emasculation of the public sector. Fiscal deficit window-dressing requirements are forcing the government to demand buybacks of shares and higher dividends from public sector companies – a practice started by P Chidambaram, and continued under Modi as if nothing is wrong with this practice. When public sector companies are not allowed to retain their profits for investment in expansion projects, why are we surprised that investment is not picking up in the economy? A simple truth the Modi government needs to internalise is this: money left with companies will always be better spent than money transferred to government coffers. If we must have a public sector, the least the government can do is to let them be reasonably profitable and investment-worthy.

Sixth, GST. India’s biggest tax reform is floundering on the rocks of a bad design and complex rate structure. This is not Modi’s fault at all, but having legislated it, if he does not fix it in the first half of his second term, he will face electoral trouble. He avoided being defeated in his home state of Gujarat in 2017 only because of adroit political moves at the GST Council before the state assembly elections; by 2024, if GST is not fixed once and for all, he will face not only an irate business community and sour-faced consumers, but shrinking government revenues and angry state politicians who will lay all the blame for it on Modi.

GST has to be quickly brought down to three basic rates, with 15-16 per cent being the middle range, and exemptions and abnormalities being reduced to a minimum. The political risk that needs to be taken is actually an economic one: if fixing the design were to result in a short-term fiscal overshoot, so be it. This is the right time for adopting a looser fiscal policy, when inflation rates are benign. Later will be too late.

Seventh, the Monetary Policy Committee (MPC) and inflation targets. The MPC was given an inflation target that was too low at a time when central banks all over the world are finding it tough to raise inflation to levels they are comfortable with. The only thing worse than high inflation is very low inflation, for when prices don’t move, we get stagnation and misallocation of resources. It is only when relative prices move in different directions that economic agents can take the right investment decisions.

Modi needs to do two things. One is to give the MPC a dual mandate, both growth and inflation. The new target middle rate ought to be 4-5 per cent and not just 4 per cent. In the absence of a producer prices index, the wholesale prices index, probably updated and reformed, ought to be given some weightage in the MPC target setting. Modi should not wait for 2021, when the current MPC mandate ends, to make these changes.

Eighth, statistics. Whether it is jobs or growth, India’s statistical system is being questioned for its credibility. Some of the criticism may be politically motivated, but surely the government can invest a bit more to find out a real figure on the jobs situation and not just rely on Employees Provident Fund data to show that the jobs market is fine. These figures may be proxies for formal jobs, but not the real thing. We need a well-funded and simply-designed monthly jobs survey, and throwing a few hundred crores to overcome the current data lacunae is well worth the investment. If you don’t know whether the economy is creating jobs or destroying them, how will you ever draft the right kind of policy on jobs?

Ninth, Modi is simply not using the economic think-tanks available to him wisely. He either thinks they offer no useful advice, or believes that his vision of doing the right things for the poor will help him cross the finish line in 2024. He could be seriously wrong.

In 2024, it will be good economics that will deliver him a good political outcome. He needs advisers he will listen to. Maybe he needs politically savvy economists, or economically-savvy political advisers, but he cannot do without them.