Why Investing In Commodities Will Be A Life-Changing Opportunity 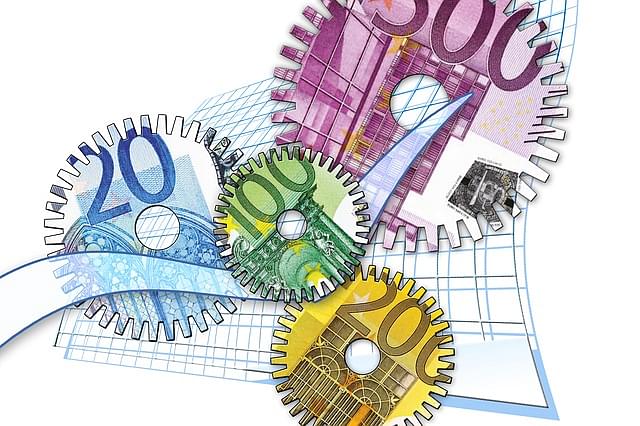 It’s time to get into commodities!

It’s time to get into commodities!

Some perspective would be in order before I embark on such an adventurous investment recommendation. Commodities have been in a bear market, in real terms such as a function of daily wages, for at least the last 5,000 years. For example, a copper vessel would have cost about the equivalent of one month’s wage of an unskilled labourer about a couple of thousand years ago. A few hundred years back, it was less than a week’s wage and today it’s about one day’s wage equivalent. That’s more than a 97 per cent fall in prices for all practical purposes. The wage of the daily labourer itself, priced in real money – gold or silver coins, wouldn’t have changed a whole lot over the millennia.

This trend of declining commodity prices would continue for the next 5,000 years as well. Despite (not because of) all that governments the world over do – world wars, perpetual inflation through central banking, regulations that obstruct progress (all government regulations; the best regulation comes from the marketplace), and chest-thumping policies that widen the rich-poor divide, free markets and entrepreneurs would continue to usher in better and better standards of living to the masses. The increasing pace of technological innovation would only serve to accelerate this declining trend of commodity prices, as well as the overall standards of living.

However, in the midst of this truly secular bear market, we will have fantastic uptrends that will provide investors with life-changing investment opportunities. It’s my thesis that we entered one of those uptrends about 18 months ago, and for the next five to 10 years, we are going to have one of the best commodity upswings witnessed in history.

The bottom of the Thomson Reuters Commodity CRB Index (chart one, above) happened during the first half of 2016 at a little over 150 and is now trading a shade under 200. Over the next decade, not only do I expect the CRB Index to cross the peak of more than 470 set in 2008, but go substantially beyond that as well.

As Milton Friedman remarked, “inflation is always and everywhere a monetary phenomenon”. It is the inflation that the central banks the world over have created since 2008, that will propel these prices forward. As is commonly believed, we do not need growth in China or in the United States (US) for prices to move higher. On the contrary, coinciding with this period of booming commodity prices, the US will have a recession that is much worse than the one that was initiated by the 2008 credit crisis. My guess on the timing of the start of recession would be that it will begin later this year, but no later than 2019, and will last for years to come. Worse still, this recession is going to be stagflationary, i.e., accompanied by higher prices on account of the decade-long inflationary binge undertaken by the US Federal Reserve.

Ironically, the decline in the CRB Index from 2008 to 2016 coincided with the quantitative easing (QE) series and the zero interest rate policy (ZIRP) – that’s as inflationary as it can get, and yet commodity prices declined. And the moderate increase in CRB for the last more than 18 months has coincided with the marginal increase in interest rates with a supposed tapering of the QE money in the pipeline as well.

So where did all this inflation go? And how did we have a commodity deflation in the midst of such a central banking inflationary binge? And more importantly, how will we have a rising commodity price scenario when the rates are set to be increased?

To use government statistics on inflation would be very misleading. From a philosophical viewpoint, that’s like asking the fox how many chickens it has had for lunch from the henhouse. From an economics viewpoint, what the government measures are the results of inflation (i.e., increasing prices), and not the causative factors (increase in the supply of money and credit). When there is a significant lag in time periods between the cause and effects, we are better off measuring the causative factors to understand what’s in store. Or at least a more inclusive measurement of asset classes (such as including stocks and bonds) would be a much better indicator.

Returning to one of the earlier questions raised – if the governments have created a lot of inflation, where did it all go? As explained in my column in the December 2017 issue of Swarajya (“To Ease or to Tighten”), the US equity and bond markets are one gigantic bubble waiting for a pin. The entire expansion of the P/E multiples of the S&P index is a direct consequence of ZIRP and QEs, as the earnings have been practically flat for almost a decade.

So an easy way to understand where this entire inflation (euphemistically referred to as “liquidity” by the financial media) has been flowing would be to measure the relative valuations between the stock and commodity markets. Chart two, below, shows the ratio of the GSCI commodity index to the S&P 500 where a high value would indicate that commodities are relatively overvalued and a low value would indicate otherwise. The median of these valuations over the last 50 years is 4+, and today this ratio is less than what it was in 1971 when gold was pegged at $35/ounce. Even if one is not a gold bug (defined as a person who believes that the classical gold standard would be the best monetary policy, and I am most definitely one), it’s a fairly straightforward call to understand the massive undervaluation of commodities as an asset class.

For a variety of reasons, the bull market in commodities between 2000 and 2008 is not a correct comparison to what will unfold over the next few years. For one, it was accompanied by rising stock and real estate prices the world over. It’s also perceived as a period of general prosperity due to rising stock and real estate prices. The future will turn out to be anything but.

A better comparison would be to the stagflationary 1970s. But as they say, “history doesn’t repeat itself, but it often rhymes”. So how would the next commodity rally compare with the 1970s bull market in commodities? There are plenty of reasons to believe that the next one would be more pronounced due to the following reasons:

We are perhaps at the stage that I would refer to as 'karmic payback' for excesses of central banking. There are no easy solutions, and a massive devaluation of the US dollar as well as most currencies against commodities is pretty much a given at this point. That this is going to happen against the backdrop of a recessionary environment in the US would only worsen the situation for the average investor. The central banks are going to respond to the situation with the only hammer they possess – more easy money policies in the hope of the mythical Keynesian multiplier coming into play. Rubbing salt into the wounds.

Lest I end on a woeful note, I should point out that the savvy investor stands to make a fortune in the years ahead. The equities related to a select asset group stand to make windfall gains presenting life-changing opportunities. But then, as is usually the case, this would be “a road less travelled”.