Why Jaitley’s 2017 Budget Will Go For A Toss; GST And Other Disruptions Will Spook Outcomes 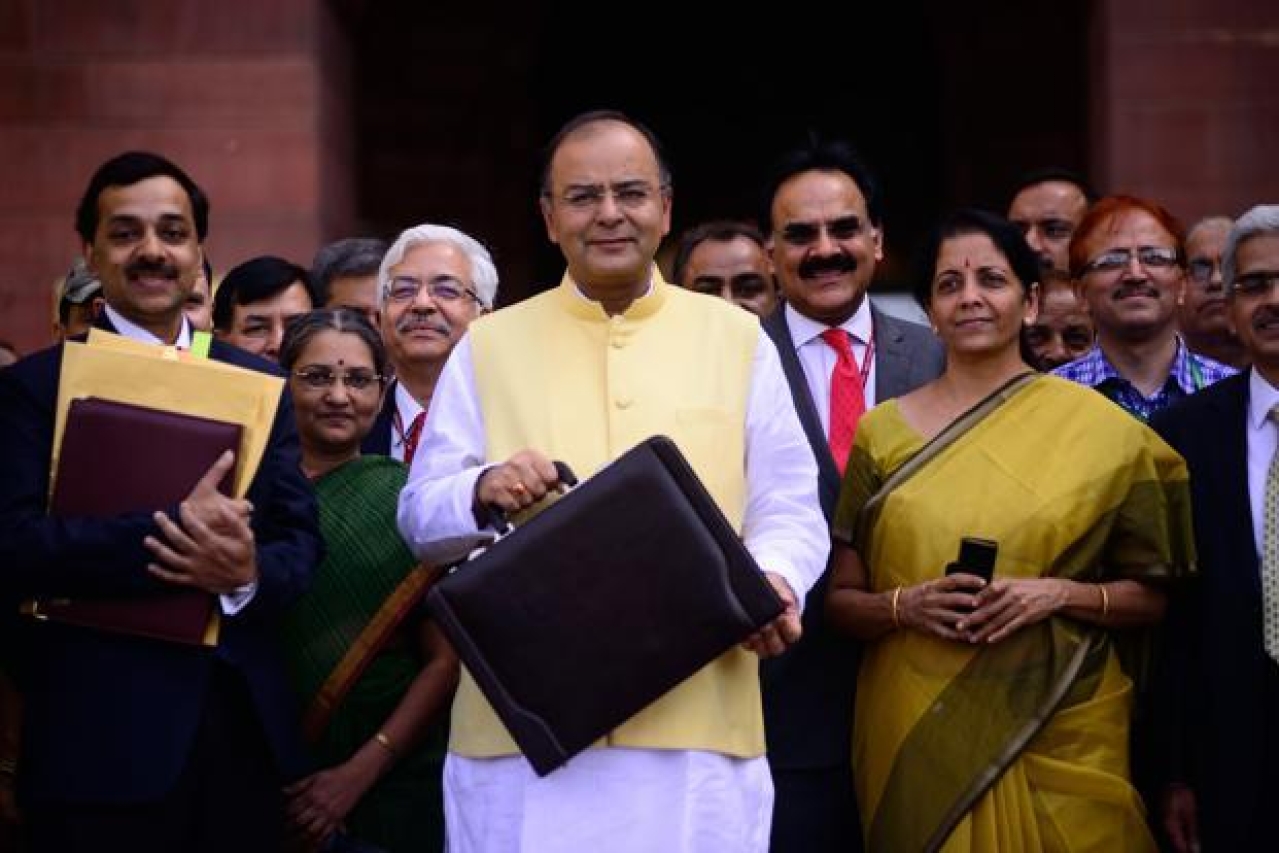 Arun Jaitley and his colleagues.

Thanks to the implementation of the goods and services tax (GST) from last month, truck zoom past old inter-state checkposts that no longer need to collect various taxes or check on goods movement.

But fewer trucks are whizzing past now, with The Economic Times reporting that a quarter of India’s six million trucks were idle, and freight rates were falling steeply by 40-50 per cent.

Barring cars and two-wheelers, which have had a boom month as buyers bought like crazy to benefit from the post-GST price fall, manufacturing as a whole seems to be a bit under the weather. The Nikkei Purchasing Managers’ Index for Manufacturing hit an eight-year low of 47.9 in July, which indicates industry is in contraction mode.

With June seeing a massive destocking exercise due to the impending implementation of GST, July should have seen some pick-up, but compliance issues seem to have slowed down primary sales of refrigerators, washing machines and televisions, as it took almost 10 days to create billing systems to handle GST transactions.

Since services have borne the brunt of the GST blows, with mobiles and banking charges drawing higher rates of 18 per cent, one does not know how these businesses will fare in the second quarter (July-September).

Revenues clearly aren’t rising to the occasion, as the April-June deficit figures show. More than 80 per cent of the year’s fiscal deficit target has been exhausted in the first quarter itself, and we don’t know how the second quarter will fare in terms of revenue yields due to GST uncertainties.

What this means is that fiscal 2017-18’s final figures will bear no resemblance to the budget Finance Minister Arun Jaitley presented in early February.

This was anyway going to be a very abnormal year, for several changes have been introduced simultaneously, and many more could be in the works.

First, the budget itself has changed. Not only was it passed before the start of the financial year, but fine distinctions between plan and non-plan spending are gone; we now have expenditure and revenue break-up based on capital and revenue spending, and between schemes and non-schemes instead of plan or non-plan. This was also inevitable given the abandonment of the Planning Commission and the five-year plan process from this fiscal.

We may never know for sure whether the government spent more (or how much more) on infrastructure since the railway budget has been merged with the general budget. While this is a good thing, since the railways are part of government and spending on railways is no different form spending on roads, it will now be tougher to ferret out details of infrastructure spending, since these numbers will be buried in several documents. So infrastructure spending will be comparable only in future, with 2017-18 or calendar 2017 as base. There can be no backward comparisons – at least it can’t be done easily.

Even gross domestic product (GDP) and gross value added (GVA) data will now be difficult to compute and compare. Last year, we had a slowdown that preceded demonetisation, but once demonetisation happened, all calculations and projections made for the year became speculative. This year should have been the year of the economic rebound, but we now have another disruption in the form of the GST. Thus, the economic revival that should have begun from the first quarter (April-June) may be muted or stillborn, for most companies were drawing down inventories and disposing off stocks with discounts before the 1 July deadline to start on a clean slate.

Nor will the current quarter (July-September) be any different, for companies – as noted above – are doing two things: grappling with the need to coax dealers to restock, and rejig their supply chains for the new GST regime. Plus, their focus is not only on sales, but compliance with the GST network’s reporting requirements. Thus, revenue or growth numbers in this quarter too will be suspect, and may not capture the full picture.

Perhaps, the third quarter (October-December) will be the one from which economic activity will return to normal, but one can’t be sure even of this. Reason: states will start demanding compensation for revenue losses (if any), and banks will have to start taking haircuts on the bad loans that they may be forced to write off as part of the liquidation proceedings they have launched against big defaulters at the National Company Law Tribunal.

Then there is another imponderable. There is a good possibility that 2017 may see yet another budget, since there is a proposal to shift the fiscal year from April-March to January-December. If this proposal of the Shankar Acharya committee is accepted by the government, it would be logical for the government to present a mini-budget in November, which will bring in a whole new set of expenditure, revenue and growth assumptions.

Since demands for GST compensation and possible bank recapitalisation will peak around the end of this calendar year, it would indeed make sense to recalibrate the 2017-18 budget to adjust it for the disruptions so far. This means the current budget year may be terminated by December, making it a nine-month affair, and the next one will be the 2018 budget, starting from January and ending in December.

If reality pans out as above, and we are partly speculating here, it would mean that 2017 will mark a watershed year; it will be difficult to compare with both past and future years. In effect, 2018 will become the new base year for all data comparisons.

(A part of this article first appeared in DB Post)