Why The Markets Are Shedding No Tears for Urjit Patel, Or Even The BJP’s Defeat 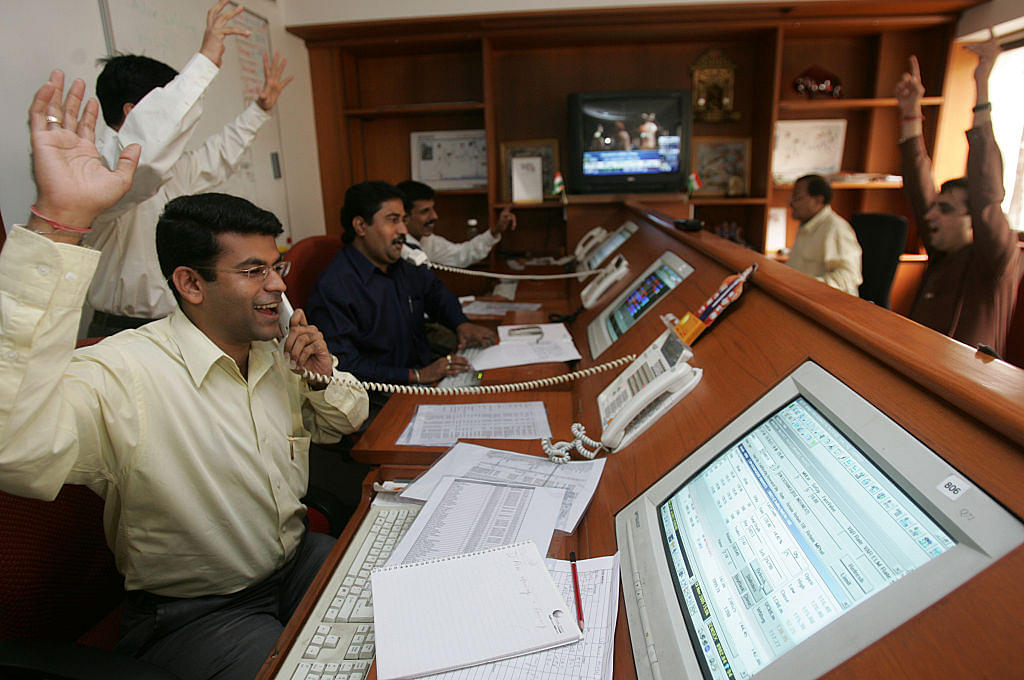 A heavy buying day for operators and retail investors as the Sensex crossed the 9000-mark after touching 9005.63, an intra-day historic high, and ending at a new closing peak of 8994.94 points at the Bombay Stock Exchange on the day Patel resigned. (Manoj Patil/Hindustan Times via Getty Images)

The appointment of Shaktikanta Das as Reserve Bank of India (RBI) Governor barely 48 hours after the unexpected resignation of Urjit Patel has had an instant calming effect on the markets. If anything, the markets, despite receiving two bits of back-to-back bad news – Patel’s exit and the Bharatiya Janata Party’s (BJP’s) stunning losses in three Hindi-belt states – seem in a mood to celebrate. Both the Nifty and the Sensex have headed higher for the last two days, not lower.

Das, who was a contender for the same job in 2016 when Raghuram Rajan was in exit mode, said at a press conference yesterday (12 December) that he would protect the central bank’s independence. But then, he was expected to say that anyway.

More importantly, he emphasised that any contentious issues with the government could be ironed out through discussions. The mere fact that he talked to the media immediately after taking over, unlike his reticent predecessor, has made all the difference.

The fact is, despite frequent run-ins with the central bank, ultimately all governments learn to live with its independence for the prosaic reason that it gives them someone to blame if the economy tanks or inflation rages.

Luckily, Rangarajan’s was an understated personality, and he could convince his bosses in North Block without rancour or acrimony. Of the remaining five governors, four – S Venkitaramanan, Bimal Jalan, Y V Reddy and D Subbarao – were former finance secretaries – and Rajan was chief economic adviser before he took up the top job on Mint Street.

What this proves is that when relationships get testy between the RBI and the Finance Ministry, the old ties in the ministry kick in and prevent a meltdown. This is exactly why the anointment of Das will do much to repair the damage in ties with North Block – damage caused by Patel and an injudicious attack on the government by his deputy, Viral Acharya.

The other thing held against Das is that he is not an economist, unlike previous governors. This does not matter. The RBI has many economists, and so does the Monetary Policy Committee (MPC). So, Das will get all the economic advice he needs.

The governor’s main job is not to brandish his own doctorate in economics, but to make the right judgement call on what the economy needs in terms of monetary policy decisions based on the advice he receives. Just as you don’t need to be a doctor to understand the medicine you are prescribed, you don’t need to be an economist to judge economic advice offered by other professionals in the context of India’s political economy, where the call often goes far beyond economics.

This is why markets are not downcast. Unlike head-in-the-skies economists, the markets know how the Indian system works, and discount two things that tend to get hyped up in the media: the excessive importance given to high-profile individuals, whether it is the RBI governor or even the Narendra Modi government.

No governor’s exit has substantially roiled the markets, including that of Raghuram Rajan’s in 2016, and barring some politics-related volatility on big news days (like UPA’s win in 2004 or 11 December this year), punters know that the fundamental direction of economic policies does not change regardless of government changes.

If 11 December’s state assembly results initially shocked the markets, they are back on even keel now. They know that even a non-BJP government, if that is what 2019 holds for us, will not bring more than temporary uncertainties.

The real danger to market direction lies not at home, but in how Wall Street fares, for the mood is directly correlated to what happens in global markets.

An additional reason for the market’s current bullish poise was Wednesday’s twin positive data surprises of strong 8.1 per cent growth in the index of industrial production in October, and a simultaneous fall in the consumer prices index to 2.33 per cent in November.

At this level, the CPI is barely 0.33 per cent above the floor fixed for the MPC’s inflation target; it means that rates need some cutting if the MPC is not to fail in its mandate. When rates go down, the markets can go up, for rates and stock market valuations are inversely related.

The mistake made by the Modi government, by opting for Patel when Das was available, has now been rectified.