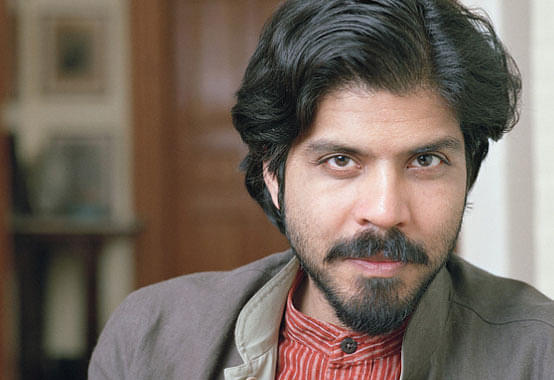 Commentators on India in the foreign press tend to be Western “experts”, elite members of the diaspora or, if based in India, members of the Anglicised establishment elite

Who interprets India for the Western audience?

This is not merely an arcane academic question, but for me has been brought sharply into focus by the spate of largely negative commentary pieces in the international media on Narendra Modi’s recently concluded visit to the United States.

As representative examples, consider the blog post in the Economist by Patrick Foulis, Manu Joseph’s Letter From India in the New York Times and Pankaj Mishra’s online column for Bloomberg.

Commentators for India in the foreign press tend to be Western “experts”, elite members of the diaspora or, if based in India, members of the Anglicised establishment elite. These three representative examples roughly fit the paradigm.

What you won’t hear are voices drawn from outside the establishment — such as members of the new middle class, largely self-made, or of the non-elite diaspora.

In the language of postcolonial theory, these are the real “subalterns” — those whose voices are unheard, but instead are ventriloquised and caricatured.

While the likes of the New York Times and Bloomberg assiduously exclude such dissenting voices from their pages, technology has given the dissenters an outlet in the social media, blogosphere and so forth. But for the most part the mainstream narrative has remained firmly in the grip of an entrenched elite.

This cosy state of affairs has been given a huge jolt with the overwhelming election victory of Narendra Modi. For the first time, a self-proclaimed outsider and vociferous critic of the establishment is finally in power, threatening the dominance of the Nehruvian consensus of the “idea of India”.

Note the singular construction — implying that there is a monolithic and agreed upon “idea” of what India is, rather than a plurality of competing and overlapping “ideas” which also give voice to the disenfranchised and excluded.

What’s relevant in this context is that Modi’s support base is drawn largely from the very middle class who’ve powered India’s transformation into a modern economy since 1991, but have ironically been excluded from the telling of the tale.

Equally, those middle class Indians forced to leave and seek opportunities abroad — including the many Indo-Americans and non-resident Indians (NRIs) who thronged Madison Square Garden — are scorned by the establishment elite (who had the luxury of crony connections that allowed them to prosper in India) and they too are excluded from the mainstream narrative.

It’s telling that much of the criticism of Modi’s US visit centres not on any policy announcements he might have made or not made, but rather on attacking the non-elite middle class backgrounds and culture both of Modi himself and of his supporters.

Contrary to what the orthodox left would have you believe, and despite the hype, the communal violence in Gujarat in 2002 has little if anything to do with the many critiques of Modi being offered up.

If it were really about 2002, why do the critics take such great pains to pour scorn and spew bile on the risen bourgeois (both domestic and in the diaspora)— the group, more than any other, who have come to represent Modi’s strongest support base?

At the root of it, I would argue, is a deep seated class bias that, try though they might, the critics find impossible to conceal. Modi and his supporters are most certainly not “people like us”.

The glaring irony is that many of these critics — who in India tend to come from the left — are familiar with, or at any rate, ought to be sympathetic to, the ideas of postcolonial literature, the writings of Edward Said, Gayatri Spivak and Homi Bhabha among others.

Yet, they so often engage in the worst form of stereotyping, essentializing, caricaturing and more generally “Orientalising” their subject while at the same time ventriloquizing the voiceless— all of which plays perfectly for the intended audience in the West and Anglicised Indian elites both in India and abroad.

As a prime example, those dissenting from the consensus view are often painted as crazy, irrational, religious fanatics, and so on. Establishment journalist Sagarika Ghose coined, to much acclaim, the term “Internet Hindus” to tar all critics of the left liberal consensus as being radical Hindutva types, when these are at best a small minority.

Sometimes this dislike is tinged with the hysteria of self-loathing and the insecurity it brings, as in the much publicised recent opinion piece cited above by that native informant par excellence, none other than Pankaj Mishra — a piece widely shared and lavished with praise by the establishment, but which would make any sensitive reader cringe at first reading.

Not for him the barely audible speeches of his Oxford-educated predecessor; he brought a Bollywood fantasy to Madison Square Garden because that’s what his admirers have voted for.

It actually reminded me of “Raju Ban Gaya Gentleman (Raju Becomes a Gentleman),” one of many Bollywood films to assert that rising Indians can conquer the world in their own style.

Yet, Mishra lets the mask slip ever so slightly.

There are many instances in world literature of the aspiring bourgeois who tries to rewrite the norms of society and ends up making a fool of himself — such as, for instance, Moliere and Lully’s classic, Le Bourgeois gentilhomme, with which, one assumes, someone of Mishra’s presumed cultural sophistication is familiar.

Yet his natural cultural reference point, to clinch (as he believes) his argument against crass Bollywood culture, is a Bollywood film!

As it happens, Mishra was not born into the Anglicised elite establishment, but has climbed his way into an honorary membership in the club. As the writer Patrick French bitingly puts it:

Pankaj has obviously been on a long journey from his self-described origins—in what he calls a “new, very poor and relatively inchoate Asian society”—to his present position at the heart of the British establishment, married to a cousin of the prime minister David Cameron. But he seems oddly resentful of the idea of social mobility for other Indians.

But the membership is honorary.

Mishra can’t quite muster the serious scholarship to be considered a “true intellectual” beyond reproach, nor, despite what we presume to be a valiant effort, can he quite emulate the faux Oxbridge accent that is so prized in the clubs of Lutyens’ Delhi.

He must therefore, one presumes, be especially riled that Modi and his many fans at Madison Square Garden are a reminder of his socio-economic origin in India, from which he’s fled so nimbly.

As my friend, the writer and art historian, Deepika Ahlawat, so aptly put it to me:

Note Mishra’s fetishisation of formal education throughout, his mockery of Modi’s background, his disdain of popular culture, and his Socratic horror of democracy. This is a vicious and yet tragic piece. Because Mishra stares at Modi and sees only himself. Just less popular, less powerful and immensely less significant.

Yet, the truly abiding irony of this cri de coeur is that when Mishra damns the middle class NRI and their brethren back home, he is, one can only conclude, staring into a cesspool of disgust which reminds him of his own middle class origin in small town India.

But then this makes him just the pitch perfect native informant.