Trial by TV: Why We Should Be Scared 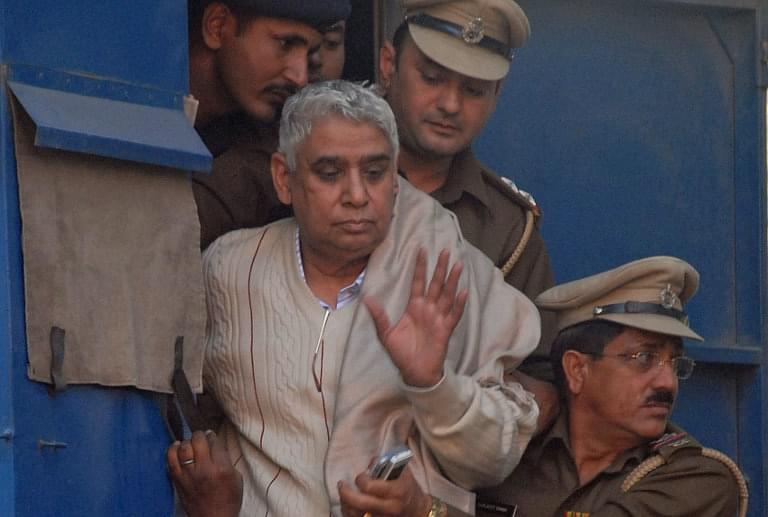 The coverage of the Baba Rampal and Ranjit Sinha cases prove that Indian news television is now a law unto itself. It has become judge and jury and can slit reputation and character without safeguards

While print media still labours away to get a story right under relatively primitive restrictions and constraints, India’s TV arm of the fourth estate tramples everything with lofty disdain. And there seem to be no consequences attached to its instant-coffee coverage.

After 45 years in the business, it is appalling to view the way news per se is twisted into a pretzel of convenience and how dramatically things have changed.

Take two current cases where due process is flung cheerfully out of the window and serious news is turned into entertainment of the worst sort.

The English language spearhead of this white noise on the channels is now cloned in every language, which might be very flattering for the gentleman, but wrecks balance and acts as a lynch mob. This is exactly what might have gone down in Natchez, Mississippi in the ‘60s when mint juleps followed by a lynching were sport for dessert.

That is frightening. For every one of us. Do not trivialise it because you have no sympathy for an accused.

I watch the video invasion of this Baba Rampal’s ashram. Are you kidding us? This is a crime scene. Crime scenes are not accessible to private TV cameras. Nor are they pieces of plasticine open to the interpretation of a television channel and moulded to suit the TRPs. You actually have an anchor on one channel pre-empting the basic tenets of a working democracy. He is editorialising on the furniture, the toy-like safe and the quality of the bedroom mattress with a sneering disdain that ensures guilt like water dripping from a spaniel. The democratic norm would demand the case be dismissed on grounds of wrongful arrest and prejudice prior to the presentation of charges in the court.

Whether Mr Rampal is a scam artist and a crook is something for the law to decide. In a nation where a killer from across the border openly murdered people, he was  kept hidden from view and given privacy that was mandated by law, or so an outraged nation was told. We still cover the faces of rapists and murderers caught in the act but suddenly all that grand talk of equality in the face of justice is flung to the winds and this Baba or whatever is forced into a photo op behind bars by allowing private channels to film him in custody. He is practically posing for them. If this is not an infringement of one’s personal rights, what is?

Throw the book at him if he is found guilty. Pillory him, ride him out of town, but do it right. You cannot trek through the premises of a crime area where four women and a child were found dead, building a case on camera based on the most ridiculous non-legal presumptions of living in splendour. Frankly, what was shown of his so-called ‘ultra-luxurious’ room would make scores of rich Indians  cringe with shame at the kitschy tackiness of it all. Yet, even the pillows on a cheap plywood bed were ballooned into an indictment. Look at Bad Man using Silken Mattress.

Doesn’t anyone find this ludicrous? Surely even this Baba can be no worse than Kasab the killer.

How is one part of media allowed to get away with so much slack? If a per cent, even one per cent of this freedom was given to the written press, there would be a slew of cases, the Press Council would convene and there would be hell to pay.

This live coverage is then compounded by the swarm of talk shows in which everyone invited lacerates the individual in their crosshairs without really knowing what the evidence is or has been examined. They just pontificate from the top of their heads

Vigilante justice as we have just seen so ably demonstrated, in which trial by TV has become a norm, is further compounded by the political elements that orchestrate it. Take the case of CBI chief Ranjit Sinha. He may be guilty as sin and for that there will be severe penalties once proven. But if the Supreme Court has gone on record as saying that it is not ‘casting any aspersions’, then plain jurisprudence suggests that the benefit of doubt be given to the person of interest who has still not been accused until guilt is established.

Can you imagine any newspaper reporter writing in the paper that Sinha is a crook, a man of dubious character, a liar, a rising shame, a blot on the Indian psyche, and saying all this to the public at large with no repercussions?

Yet, TV does it. Happily. Without a qualm.

You may see this as entertainment for the now, but once the fourth estate starts ploughing its own furrows, we are plunging a knife into the belly of our freedoms. One day when they creep up on us, what will we say then?

In Sinha’s case, he seems more stupid than slippery. Why would a CBI chief invite suspects in the 2G case to his residence late at night and arouse suspicions to the extent that even the car numbers could be noted? This, too, in front of his domestic staff and family.

What if it turns out that he was earning their confidence and collecting data for his case against them? What if was an elaborate trick he had employed? I am not saying it was, I am saying it is very frightening to see TV wielding a power denied to its print elders.

The problem is that we love rubbernecking mixed with glee at other people’s misfortune (schadenfreude), and we will not see the writing on the wall till the name scrawled on the screen is ours. When TV becomes judge and jury and slits reputation and character without safeguards, beware, the keepers of the gate have fled.

Bikram Vohra, after a prodigiously successful but short stint in Indian journalism, moved to the Gulf in 1984, and has been the most respected editor in the region since then. He has recently launched thewhy.com, a Viewspaper concept. Anyone so inclined can google his funny stuff which cheerfully gets stolen by dozens of sites, something that he marvels at but does nothing about.
Get Swarajya in your inbox everyday. Subscribe here.
Tags: