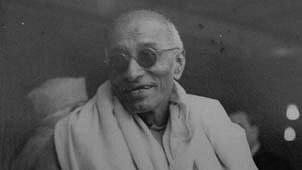 Union Minister in the Prime Minister’s Office (PMO) Jitendra Singh had said in June that Hindi needed to be promoted a lot more in the country, especially in South and Northeast India. He also said that Hindi, in addition to easily lending itself to be used as a medium of communication across the country, could help youngsters in search of jobs, as it carried additional weightage in selection processes.

On the question of Hindi being given additional importance over other regional languages, C Rajagopalachari wrote persuasively in the January 1968 edition of Swarajya. Here is his article:

...It is well known by now that Hindi is not the language of the majority of our people. Even if Hindi had been the language of the majority of our people, that majority would not have had the right to coerce the minority into acceptance in a matter of this kind. Hindi is, at best, the language of a large minority, even as Tamil is the language of a medium-sized minority, and Tulu of a small minority of our people. Apart from this, Hindi cannot claim to be a fully grown and integrated language. Its many dialects prevent its being called a language in its own right. Even in its most advanced form, Hindi as a language is inadequately equipped with the technical terms required for conveying modern knowledge. To sit down now to devise technical words for administrative and academic purposes in Hindi for the sake of gradually improving it, would be as futile as it would be difficult, and would mean, interfering with the required pace of administrative, academic and judicial work. I make this observation after a genuine and strenuous effort on my part more than half a century ago to devise an improvement and expansion of the Tamil language for these purposes. I came finally to the conclusion that it would be a waste of national effort.

Taking into consideration the facts that (1) Hindi is, strictly speaking, only a regional language and not the language of the majority of our people spread evenly all over the country, and (2) Hindi is technically incapable of handling the work-load which is now being handled efficiently by English, singling out Hindi for any special status would amount to giving one regional language the right of conquest over other regions. The unpleasant history of the British East India Company would have to be repeated by an attempted Hindi regime, which would be most unfortunate.

The English language was introduced to Indian society by the British regime with all its nationwide machinery of administration. English, therefore, struck roots in our country and grew with the growth of the British power which it represented. The British regime in India was the result of fraud and aggression and was an exploitation of our weaknesses. The introduction of English into our system was, no doubt, unnatural. But adaptation and usage over more than a century transformed this instrument of communication into a great good, linking the elite of all the regions of our country into a single body of people and giving us our stock of words for the expanding administrative, educational and commercial horizons of our country. It linked us with progress and civilization in the rest of the world.

This natural development is now sought to be destroyed. A well-developed and long-adapted medium is sought to be replaced by one of our many regional languages, which are all more or less unsuitable for the requirements of our times. I may say here that the popular notion that only the people of the South came to know English well, and are therefore keen on its retention, is wrong. I know quite a number of people in the North who speak better English than the best of the English-knowing people in Madras, and Allahabad, where the Hindi-loving students have been creating such a stir, was a great centre for English studies in my younger days. The country as a whole had the same reasons and equal opportunities for absorbing English, and therefore, if we accept the continuance of English for the purposes of official work, there will be no discrimination whatever. If it is now enacted that any one regional language should take the place of English, our people being politically conscious they will oppose such far-reaching discrimination. We must remember that job opportunity is intimately connected with the official language.

The Constituent Assembly was in a mood of exhilaration over the attainment of Freedom and felt that it should demonstrate that we could easily overcome all objections raised hitherto based on diversities of language and religion, and without a true national discussion of this difficult and important question, it wrote down an article in the Constitution that Hindi shall be the official language of India after a certain period. The period fixed having passed, without adequate and successful preparation for the consummation, we are faced with the reality of the difficulties of the question and are now seeking to solve them. An attempt is being made by various provisions in the Language Bill really to modify the Constitution in several respects in order to fulfil the assurance very justly given by two Prime Ministers to the non-Hindi people of India. I have to state that the Bill is nothing but deception. If the UPSC examinations can be answered in Hindi and all the many regional languages, our Indian Administrative Service will break up into many provincial services, giving rise to the worst kind of parochialism, and the most important limb of the administration of India will lose its mobility and its traditions - inherited unbroken from the Indian Civil Service.

The involutions and convolutions of the Bill hide the fact that it is an escapist move and does not meet the problem. If the Central Government was really keen on retaining national parity and harmony, the only right course would have been for it, as the Executive, to suspend the implementation of the part of the Constitution which deals with the official language. That would have been Justice.

Part XVII of the Constitution does not come under Fundamental Rights and a suspension of its implementation would have constituted no breach of the Constitution but would be only an exercise of executive discretion. And surely, the Hindi-speaking people do not imagine that the imposition of Hindi on their non-Hindi fellow-countrymen is a fundamental right of theirs. The people of the North will go back to reason one day or another.

The only legislative solution to the impasse, in my opinion, can be a constitutional amendment. And this should be either the entire deletion of the Language articles from the Constitution, or a simple amendment that English shall continue. The Government of India Act of 1935, which was drafted by great experts for the Secretary of State, Sir Samuel Hoare and the British Parliament to instal a federal form of government for all India, did not contain any provision on the official language for India. The Executive could carry on with the requirements of expediency from time to time. Until this is done, all assurances, devices and directives are meaningless. The Official Languages (Amendment) Bill is an empty gift to the non-Hindi regions because it is liable to be struck down if challenged in the Supreme Court. The amendments accepted by the Government have rendered the Bill of no use to the non-Hindi people. It is the legendary Dead Sea apple which turns to ashes in the mouth. If the implementation of Part XVII had been suspended or a constitutional amendment gone through, we would have seen Justice done.

Crude majority tyranny is not democracy. This should not be permitted if India is to remain united and is to command some world respect yet – despite its economic bankruptcy. This must be understood clearly. The Congress President’s disapproval of the Bill should be a lesson to the Congress Government and its impetuous language policy. Even if what I say or what eminent men like Mr. Chagla or Mr. Setalvad say does not make an impression on the powers that be in Delhi, the Congress President’s criticism must carry weight.

I have urged the Prime Minister to put off the question until our economic problems are solved when a national convention of competent leaders may be called to reconsider the whole issue dispassionately and with a constructive attitude. She fears that a suspension of the issue now would result in agitation all over the country. I have pointed out that agitation will continue in any case, but that the agitation would take a healthier and more constructive turn after the suspension I have suggested which will give an assurance that no coercion is planned.

There must be no slackening in our endeavour to retain for English the place that history has accorded it, and thereby preserve the unity of our country. India today is not what it was when the British came. Today we are not backward and we cannot allow region ‘A’ to rule over region ‘B’. It is an impossible proposition that is now put before the country. It will break up the country, whether the Hindi people realise this or not. Bilingualism will lead to two-compartmental administration and that will lead to two Indias. I have fought many battles as a single man and I shall continue to fight with all my conviction on this issue. I can say that I did not enter the struggle for Independence with the amount of conviction with which I am conducting this crusade now. I expressed my doubts about the future of Self-Rule even as early as 1922 in my Jail Diary. On this question however, I have no doubt whatsoever of the advantage of retaining English and the disaster of having Hindi as the official language, or the compromise of two languages running together at the same time in different parts of the country.

Note: An earlier version of this piece incorrectly dated Union Minister’s Jitendra Singh’s comments to today. The error is regretted and has now been corrected.