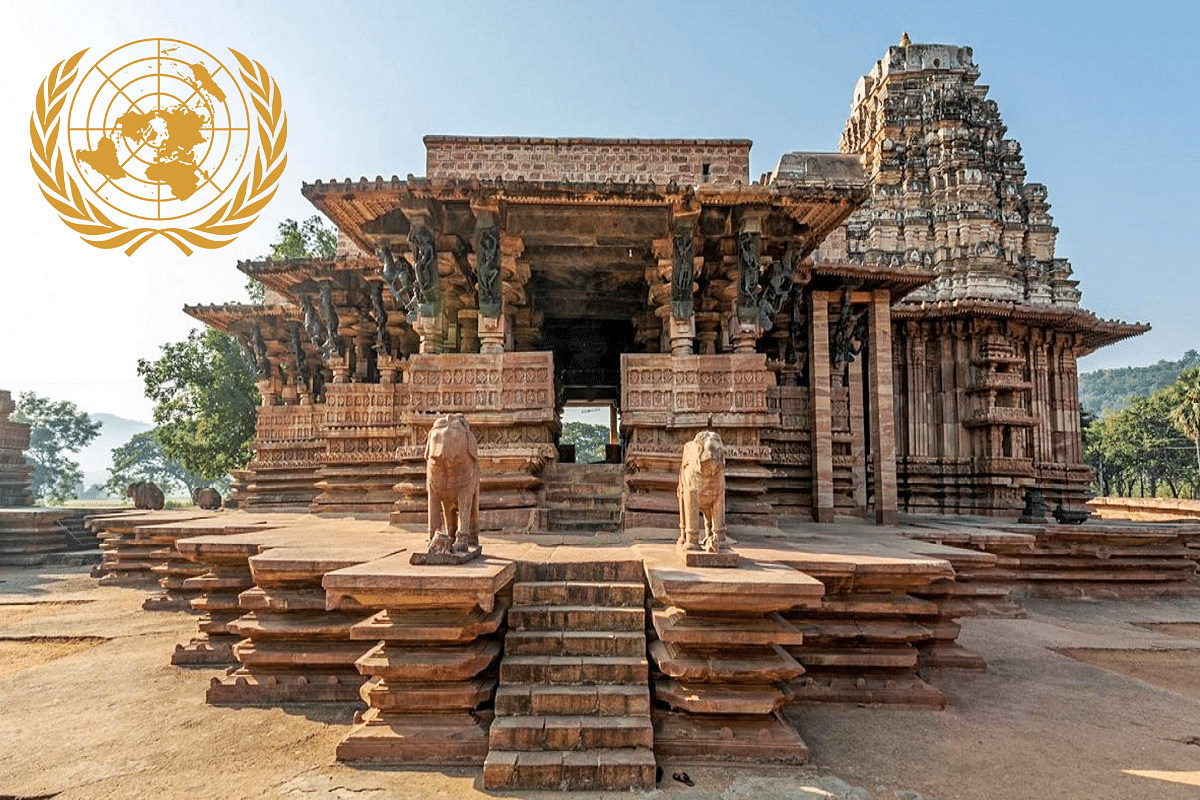 In yet another landmark achievement, India’s nomination of Rudreswara Temple, a 13th century engineering marvel also known as the Ramappa Temple, at Palampet, Mulugu district, near Warangal in Telangana has been inscribed on UNESCO's World Heritage list.

The decision was taken at the 44th session of the World Heritage Committee of UNESCO today. Ramappa temple, a 13th century engineering marvel named after its architect, Ramappa, was proposed by the government as its only nomination for the UNESCO World Heritage site tag for the year 2019.

Expressing his happiness on UNESCO declaring the temple a World Heritage site, Prime Minister Narendra Modi has urged the people to visit this majestic temple complex and get a first-hand experience of its grandeur.

"It gives me immense pleasure to share that @UNESCO has conferred the World Heritage inscription to Ramappa Temple at Palampet, Warangal, Telangana. On behalf of the nation, particularly from the people of Telangana, I express my thanks to PM @narendramodi for his guidance and support", tweeted Reddy.

The Culture Minister also took the opportunity to congratulate the entire team of the Archaeological Survey of India (ASI) and also thanked the Ministry of External Affairs.

"I congratulate the entire team of @ASIGoI for their untiring efforts towards making the Ramappa Temple a World Heritage Site. I would also like to thank the Ministry of External Affairs for their efforts under the guidance of Hon'ble PM @narendramodi," he said.

The Minister observed that owing to the Covid-19 pandemic, the meeting of the World Heritage Committee (WHC) of UNESCO could not be conducted in 2020 and the nominations for 2020 and those for 2021 were discussed in a series of online meetings that are currently underway.

The discussion on Ramappa Temple took place on Sunday, July 25, 2021.

Reddy stated that there were 21 members in the World Heritage Committee with China currently as the Chair of the Committee and credited the success to the goodwill that PM Narendra Modi has built with UNESCO member countries during his tenure.

The Rudreswara temple was constructed in 1213 AD during the reign of the Kakatiya Empire by Recharla Rudra, a general of Kakatiya king Ganapati Deva.

The presiding deity here is Ramalingeswara Swamy. It is also known as the Ramappa temple, after the sculptor who executed the work in the temple for 40 years.

The temple complexes of Kakatiyas have a distinct style, technology and decoration exhibiting the influence of the Kakatiyan sculptor. The Ramappa Temple is a manifestation of this and often stands as a testimonial to the Kakatiyan creative genius.

The temple stands on a 6 feet high star-shaped platform with walls, pillars and ceilings adorned with intricate carvings that attest to the unique skill of the Kakatiya sculptors.

The sculptural art and decoration specific to the time and Kakatiyan Empire have an outstanding universal value. The distinct style of Kakatiyas for the gateways to temple complexes, unique only to this region, confirm the highly evolved proportions of aesthetics in temple and town gateways in South India.

European merchants and travellers were mesmerized by the beauty of the temple and one such traveller had remarked that the temple was the "brightest star in the galaxy of medieval temples of the Deccan".