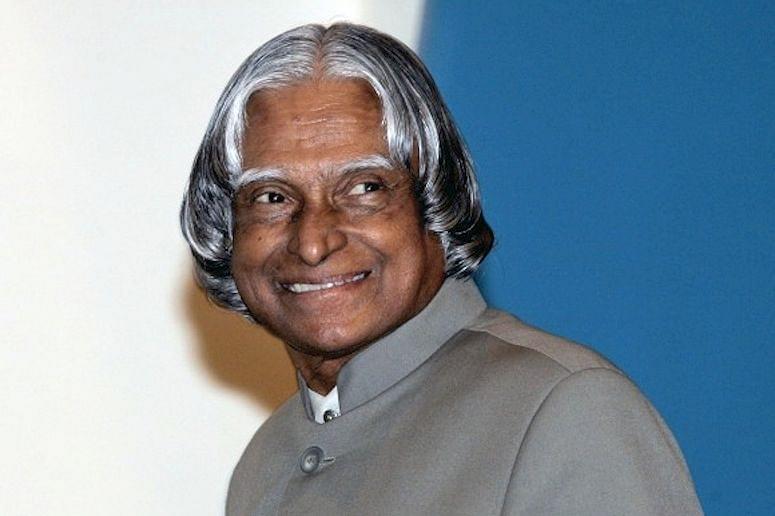 The late A P J Abdul Kalam, one of the finest presidents the country has seen, dreamt big of sustainable development that would catapult the nation into becoming a robustly developed one by 2020. The target seemed ambitious and going by current status, India is still way off from achieving this target.

Abdul Kalam had won many admirers, particularly Indians living here and abroad. Some of his admirers still dream of sustainable development in the country at sustainable cost, though they are pragmatically looking at 2030 as the likely timeline to achieve the objective.

A committed group of thinkers, who are a section of Kalam’s admirers, got together last week at the Indian Institute of Technology, Madras (IIT-M) for the first ‘Abdul Kalam Conference’ to discuss Sustainable Development at Sustainable Cost. The admirers, however, set a cap for realising Kalam’s dream as they sought to achieve the objective looking at five goals.

The goals were: rural self-reliance, renewing mother-earth, reaching new resources, bridging capability to implementation and global alliance for wellness. The group was ably led by Narayanan Komerath, distinguished professor of aeronautics at Georgia Tech, Atlanta, who chaired the conference that was held during 11–14 July.

In his address during the inauguration of the conference, V Ponraj, who was the scientific advisor to Kalam, said that the late president had set up 17 task teams with 500 members, which had worked for two years on his Vision 2020 for India in 1995. A set of recommendations were then submitted to the then prime minister Atal Bihari Vajpayee in 1998. The vision dealt with water, energy, environment, economy and employment.

Komerath came up with a very interesting presentation on Tin Foil Hat? Advanced Concepts. The aeronautical expert, falling back on his expertise of presenting papers to the National Aeronautical and Space Administration (NASA) of the US, said that a systematic procedure to attain sustainable development was to first arrive at one’s dream (imagine it has already happened).

“You arrive at your dream, check and retrace your steps, understand obstacles, ask what will circumvent it, make a bold design, reduce uncertainties and gather support on how to do it,” he said. Many problems posed grand challenges and in the current context hunger, malnutrition, lack of education and dishonesty were grand challenges.

Countries like India could look at space solar power to displace fossil energy. If efforts were made to launch 200 satellites every year to tap space solar power, then fossil fuel can be totally replaced in 40 years.

On the other hand, global warming can be overcome if we increase forest cover by 1.5 times. If we had self-development groups in six lakh villages focussing on solar power, biogas, unmanned aerial vehicle delivery and organic farming, they could usher in a revolution in sustainable development. If each village can produce two megawatt of power, then they could become energy independent, Komerath underlined.

Speaking on “defrastructure”, Dr Satyanarayan Chakravarthy, head of National Centre for Combustion Research and Development at IIT-M, said that India should have its own deeply distributed infrastructure that will need lower capital investment and be locally managed. A model based on the western world will not serve the purpose.

Technologically advanced solutions are an option and the country would do well to think of redefining power generation sets using micro gas turbines. The turbine can be based on geometric novelty using metal 3D printing and it can be used to create smart hybrid micro grids. These grids can connect solar and local turbine farms making them more efficient than hybrid electric vehicles.

Garbage, comprising more of solid wastes, has become a big problem for the country today. This can be managed if it is converted into fuel. It is possible to convert such wastes into fuel by hydro-thermal liquefaction using high pressure and temperature.

While drones can be used for precision agriculture, micro-aviation — through operation of air taxis that take off vertically or land in circular runways — can ease infrastructure bottlenecks.

Srijan Pal Singh, who co-founded the Kalam Foundation with the late president, while dwelling on providing urban amenities to rural areas, called for efforts to reduce distress migration from villages. His regret was that the most talented rural people were migrating to cities. He cited some examples like the operation of “Chiku Express” (Naseberry or Sapota Express) from Gujarat to Delhi by a local cooperative to transport the tasty fruit to customers.

Rahul Goswami, who works on rural development, highlighted sustainable development goals dating back to 1972 when the UNESCO (The United Nations Educational, Scientific and Cultural Organization) first came out with such a concept.

Pointing out that Rio +20 meet in 2012 came out with 17 sustainable development goals, he said the goals were criticised as being a mix of great promise and great contradictions. The goals have been set top down without taking into account local problems and issues.

The centre’s think-tank, NITI Aayog, has taken up the task of achieving sustainable development goals in the country but its approach through an “objective” metric isn’t right. NITI Aayog will have to deal with the goals subjectively since the local realities need to be taken into account.

One of the panels set up at the conference for “saving mother earth” mooted ways to keep the earth clean by not creating trash and throwing it randomly. Calling for regulation in garbage disposal and a service for it, it said a leaf could be taken from China which has cleaned up its streets.

The panel suggested that flood control needs to be based on local conditions and topography since western models will not help. It was of the view that the India Meteorological Department (IMD) was not utilising many warning signals for predicting floods.

Experts like Nivedita Haran (former Kerala chief secretary) pointed out how plastic waste was shredded and used in road construction at Kottarakkara in Kerala, while Professor Nadu Gopan and Professor M Sundar of Amrita University, Coimbatore, called for a flood predictor for South India.

Rajeev Srinivasan, a columnist with Swarajya, dwelt on how ancient Indian traditions inspire entrepreneurship in rural india, pointing out specific traits in tradition including self-defining limits on expansion and wealth, and value sustainability and balance with respect for nature. He also regretted that throwing of trash in every water body strangled drains and wetlands, which are then encroached upon as a filled-in area.

Overall, the conference discussed various ways of sustainable development that included space, automobiles, rural development and artificial intelligence that could help India progress to become an exemplary global power. In Rajeev Srinivasan’s words, India is the only great power contender that has the philosophical nous to accept and even celebrate sustainability.