America Is Discussing Threadbare The Antecedents Of Judge Nominated For Supreme Court, Meanwhile In India... 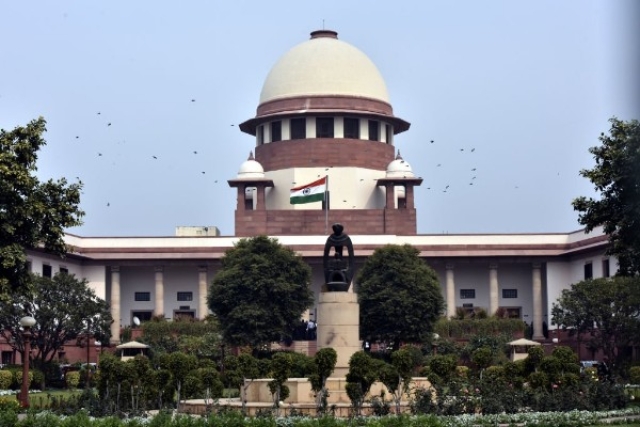 Brett Kavanaugh, the Trump administration’s nominee for the United States Supreme Court, is currently at the centre of confirmation hearings before the Senate Judiciary Committee. Allegations of sexual assault against Kavanaugh have surfaced recently, threatening to derail his elevation to the American Supreme Court. In India, on the other hand, there was a storm recently over the elevation of Justice K M Joseph to the Supreme Court of India with both the executive and judicial branches deadlocked over his proposed elevation. While that issue has been resolved with the confirmation of Justice Joseph’s elevation, it would be pertinent to note the differences in appointing judges under the American and Indian legal systems and the resulting implications.

At the outset, a brief overview of the American system of selecting judges to the apex court would be in order. The “Appointments Clause” of the American Constitution (Article II, Section 2, Clause 2) states that the President “shall nominate, and by and with the Advice and Consent of the Senate, shall appoint ......... Judges of the supreme Court”. In a nutshell, under the American system, the responsibility for appointing judges is divided between the President and Senate, with the candidate requiring nomination from the former and confirmation by the latter.

In a bid to ensure judicial independence, the American Constitution provided that judges of the Supreme Court hold office “during good behavior”, which effectively translates into a lifetime appointment unless the concerned judge voluntarily steps down like Justice Anthony Kennedy did this year. Impeachment of Supreme Court judges under the American system is complex and requires impeachment by the House of Representatives and conviction by the Senate.

While the American Constitution explicitly speaks about the role of the President and Senate in making appointments to the Supreme Court, the Senate Judiciary Committee plays a key intermediary role as well. Nominees to the Supreme Court undergo gruelling investigation by the committee, which includes sending the candidate a questionnaire requiring complete information on his past experiences, activities, biographical and financial information, and so on. Confidential checks, including by the Federal Bureau of Investigation (FBI), into the candidate’s background are also undertaken in order to have complete information on the nominee’s profile. Interestingly, the American Bar Association also plays a part in selecting judges to the American Supreme Court, whereby the association furnishes an impartial assessment of the qualifications of the nominee.

After a round of intensive background checks, the nominee undergoes a public hearing before the Senate Judiciary Committee, where they are probed on an array of issues ranging from their private background and legal qualifications to questions on Constitutional values, judicial philosophy, specific court rulings, and contemporary judicial matters. Subsequent to the hearings, the committee can choose to recommend either favourably or negatively to the Senate about the suitability of the nominee for appointment to the apex court or make no recommendation at all. The Senate, after consideration of the Judiciary Committee’s report, votes to confirm the appointment of the nominee and, in the event of a positive vote, a resolution of confirmation is sent to the American President for his signature.

In India, Article 124 of the Constitution provides for the appointment of judges to the Supreme Court, which is done by the President after consulting such judges of the Supreme Court and High Court as deemed necessary for the purposes of arriving at the decision. Initially, the executive branch through the President had the final say on appointing judges to the apex court, with the senior judges of the higher courts being consulted on such appointments. This position was confirmed by the Supreme Court in 1981 in what is commonly known as the First Judges Case.

However, the balance of power tilted towards the judiciary with the Supreme Court’s decision in the Second Judges Case, wherein a nine-judge bench of the apex court ruled that “consultation” would be read as “concurrence” with the Chief Justice of India (CJI) and the next two senior-most judges of the Supreme Court having primacy in judicial appointments to the court. The birth of the collegium system for judicial appointments in the higher judiciary can be traced to this decision, with the court highlighting the need for “protecting the integrity and guarding the independence of the judiciary” as the reason for resorting to judicial primacy in appointment of judges to the Supreme Court and High Courts.

Finally, upon a Presidential Reference, the Supreme Court in the Third Judges Case laid down nine guidelines for appointment of judges to the Supreme Court, whereby the collegium was expanded to include the CJI and four senior-most judges of the Supreme Court. Once a recommendation was sent by this collegium to the President, he could send the file back, seeking a reconsideration if the choice of judge to be appointed was not amenable to the executive. However, if the collegium unanimously recommended the same nominee for appointment, then the President would be bound by such decision.

The primacy assumed by the judiciary in judicial appointments to the apex court was sought to be challenged by the executive, who brought in the National Judicial Appointments Commission Act 2014 (NJAC), providing for the constitution of a six-member commission to recommend suitable nominees for judicial positions in the higher judiciary. The composition of the commission consisted of three judges (the CJI and the next two senior-most judges), the Law Minister, and two eminent individuals to be nominated by a panel consisting of the Prime Minster, Leader of Opposition, and CJI. However, a five-judge Constitution bench of the Supreme Court struck down the amendment seeking to constitute the NJAC on the grounds that the primacy of the judiciary in appointments to higher courts could not be replaced.

It would be apt to note at this juncture that the NJAC had across-the-spectrum political backing, evident in the fact that the Constitutional amendment bill was passed by both Houses of Parliament and by at least 15 state assemblies. This is also indicative of the extent to which the legislative and judicial wings are at odds with respect to the critical issue of appointing judges to the higher judiciary.

Now the crux of the matter lies in the fact that appointments to the higher judiciary through the collegium system have for long been shrouded in secrecy with no information available in the public domain about the manner in which individuals were nominated to the apex court and High Courts. Unlike the American system, where a nominee’s personal and professional background, including his competence and views on important socio-political issues, are subject to intense public scrutiny by the legislative wing of the government, the law enforcement agencies, and the bar association among others, in India there is a dearth of public knowledge on all these aspects.

To address concerns of opacity, the CJI and other judges of the collegium decided to make public the resolutions of the collegium recommending judicial appointments in the High Courts and Supreme Court, with the reasons for appointment also being spelt out. However, it has been observed in certain quarters that the resolutions made public so far displayed a formulaic approach, while it appeared that rather than discuss the professional competence and views of the nominee, a checklist was being ticked off with nominations being cleared in the event that nothing negative, professionally or personally, was found on record.

It is said that there is still no transparency at the stage when the files move from the collegium to the executive and back, in the event that the executive disagrees with the choice of the collegium. The Supreme Court of India is called upon to take far-reaching decisions on important socio-political and economic issues affecting the day-to-day lives of citizens, and it would be right that the wider public is aware of the antecedents, qualifications, and views of the nominee to the apex court, as is the case in the United States.