An Indic Antidote To China’s Buddhist Diplomacy: How India Can Regain The Lost Ground In Sri Lanka 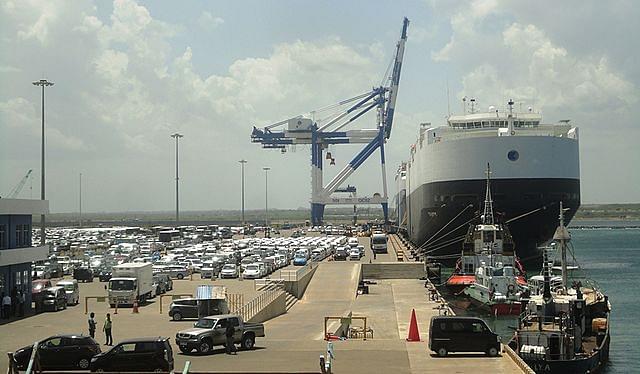 According to official estimates, Sri Lanka owes around $64 billion to its financiers across the world. Out of this, the debt obligation to Chinese state-owned firms alone accounts for around $1billion. Engulfed in this hapless situation, Sri Lanka had to officially hand over its strategic Hambantota port to China. And on the New Year day, the Chinese flag was officially hoisted at the port.

On 30 June 2017, a three-judge bench of the Sri Lankan Supreme Court has already dismissed a fundamental rights petition filed by a Sri Lankan Member of Parliament inter alia challenging the framework agreement executed between two Chinese companies and the Sri Lankan government. Thus, there is no legal impediment for China to enjoy 15,000 acres of land and associated facilities at the Sri Lankan port for the next 99 years.

With this grand advance, China has firmed up its plans for the grand ‘Silk Road Economic Belt and the 21st-century Maritime Silk Road’ initiative, popularly known as ‘One Belt and One Road Initiative’ (OBOR).

There is much more to OBOR than an economic or military angularity. China, with all its multidimensional clout at its command, is aggressively propelling its cultural globalisation initiative by employing Buddhism. In October 2014, Baoji, the Chinese city where the Buddha’s finger relic is enshrined, hosted the 27th General Conference of the World Federation of Buddhists. It was first time in modern history that China had taken the initiative to host a religious conference of this magnitude. Juxtapose this with the fact that during the zenith of the cultural revolution, Beijing city alone saw the razing of around 4,922 registered cultural relics. It is also estimated that about 50,000 Buddhist antiques were destroyed. Then, the story of the Tibetan exodus is too well known to merit a detailed narration.

Despite its rigid inhouse regimentation on the places of worship in general and Buddhist temples in particular, China has been far too tactical in using Buddhism for its globalisation designs. Sri Lanka will be the destination next for China in building its Buddhist bond. It would be a great surprise if in the coming years China will not undertake revival of Buddhist sites in Sri Lanka, particularly in the Northern and Eastern provinces. In fact, Sri Lanka was one of the first 13 nations to establish trade relations with China (1952), even before which the Sri Lanka-China Friendship Association (SLCFA) was formed in the year 1950. The SLCFA has been in the forefront to push China-Sri Lanka ties within and beyond the Asian region.

India has a long way to go in recovering the lost ground by building ties with Sri Lanka. Having said this, it would do well for India to not adopt a confrontationist stance with China when it comes to Buddhist diplomacy. It should approach the issue with a complementation approach. Prime Minister Narendra Modi’s Vesak Day visit as chief guest to Sri Lanka harbingers this positive trend. What is remarkable is the humane approach – what is rightly termed as radically positive engagement by the Prime Minister is addressing the Tamil community. India’s engagement now should be focussed on what the Prime Minister termed as the ‘syncretic elements in Buddhist and Tamil Hindu spiritual traditions’. This syncretic approach or Indic unity approach is the key for the long-term sustainability of the India-Sri Lanka ties.

One of the prominent aspects that India has not pressed into service is the unforgettable contributions of Dr Syama Prasad Mukherjee to the Indic unity and India-Sri Lanka relations. It was Dr Mukherjee, India’s first industry and supply minister, who helped Anagarika Dhammapala to build a glorious temple in Buddha Gaya. It remains one of the neglected chapters of history that Mukherjee served as president of Mahabodhi Society from 1942 to 1953.

Venerable Bhante Galgedar Pragyanand, a monk who came to India at the age of 13 from Sri Lanka was one among the seven monks who initiated Dr Baba Saheb Ambedkar into Buddhism. In fact, when this grand old monk died on 30 November 2017 in Lucknow at 90, hardly any of the mainstream media carried the news, leave apart an obituary. Dr Ambedkar had attended the inaugural conference of the World Federation of Buddhists (WFB) in Dalada Maligawa (Temple of the Tooth) in Maha Nuwara (Kandy) on 25 May 1950. All this remains blissfully forgotten today. What is also forgotten is the fact that Maha Bodhi Society was established in Bengaluru by Acharya Buddharakkhita in 1956 on a piece of land offered by the niece of Anagarika Dhammapala, Maha Upasika, Bianca Moonasinghe, a Sri Lankan, which was offered to her in turn by Krishna Raja Wadiyar, the then Maharaja of Mysore.

India and Sri Lanka are the two eyes of the Indic and dharmic tradition today. And this Indic tie has to be cemented not only in the mutual interest but also in the interest of forging an Indic unity initiative worldwide. This alone remains the lasting antidote if not a panacea to Chinese opportunistic deployment of dhamma as a globalisation armour.