‘Arhar Modi’: How The Government Turned A Pulses Crisis Into An Opportunity 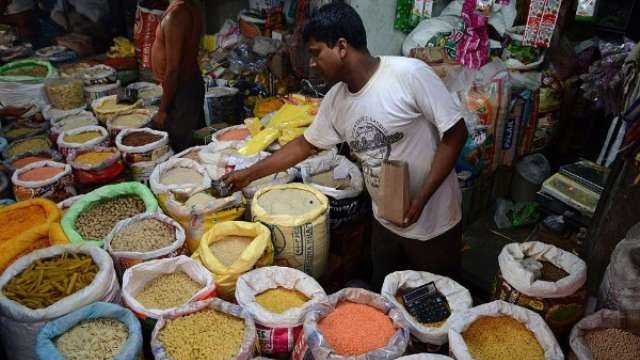 Around one and a half years ago, soaring prices of pulses had led to heated political debates in the Parliament. The humble toor dal was selling at over Rs 200 a kilogram. Congress president Rahul Gandhi had hurled the now infamous “Arhar Modi” jibe at Prime Minister Narendra Modi to score quick political brownie points. He had hoped to capitalise on the misery of common people for whom pulses remain the most important source of protein. Amidst all the pandemonium that ensued, one man stood steadfast, determined to turn a crisis into an opportunity. Today “Arhar Modi” is having the last laugh as India has drastically ramped up production of pulses and is expected to attain self-sufficiency in the near future.

The pulses crisis of 2015-16 was structural in nature. It was a ticking time bomb waiting to explode for a long time. Between 2011-12 and 2015-16, the demand for pulses outgrew domestic supply considerably, forcing the Indian government to increasingly depend on imported pulses. The precarious situation was made even more alarming in 2015-16 by two back to back failed monsoons.

Countries like Canada and Australia benefitted the most from India’s woes. They had started cultivating pulses largely aimed at the Indian market. Canada became the largest exporter of pulses in the world, as India, the largest producer and consumer, slid to the bottom of the table.

Scarcity of essential food items isn’t new to India. But what was new was the Modi government’s approach in solving the problem. Faced with intense criticism, the government did take some short-term steps like raids on hoarders, increased imports etc. We have seen several governments in the past taking similar politically visible steps that can’t solve the root of the problem for good. This is precisely why, what the current government did differently in the long run is worth the discussion.

There were several reasons why the production of pulses was lagging in India while the production of wheat, rice and even sugarcane was on the rise. Pulses are typically grown on unirrigated/partially-irrigated lands as these crops are hardy and grow well under harsh conditions. However, due to a lack of lucrative Minimum Support Price (MSP) for pulses, farmers were shifting towards other crops like wheat, rice and sugarcane. The National Democratic Alliance (NDA) government increased the MSP for pulses sufficiently enough to motivate the farmers to sow pulses in more fields. This led to a 33 per cent rise in the area under pulses cultivation in India in 2016.

It is pertinent to note that several other micro initiatives like issuing soil health card and mandatory 75 per cent neem coating of urea also helped in raising awareness among farmers. However, the increased production of pulses created another problem. The glut of imported pulses in the warehouses was preventing the farmers from getting the rightful price for their produce. It was under these conditions that the government announced a steep 30 per cent increase in import duty of some chickpeas and lentils in December 2017. And recently there was a sharp 50 per cent rise in the import duty for dried peas. These steps are in accordance with WTO treaty and will help reduce import of pulses while boosting the fortunes of domestic suppliers. Unsurprisingly, the major pulses exporting countries like Canada and Australia are now miffed with India. According to a report in Reuters, it could shrink the area under pulses cultivation in Canada by a staggering 30-35 per cent.

“… fears that India may impose a similar hike on red lentils could curb spring plantings in Canada of both crops by 30 per cent and 35 per cent respectively, said Marlene Boersch, a partner at Mercantile Consulting Venture.”

It was expected to be a major talking point between India and Canada during Canadian Prime Minister Justin Trudeau’s current visit to India. Australian pulses production is also hit hard by the import duty increase. It has prompted the Australian Agriculture Minister to prepare for a visit to India. The value of chickpea exported by Australia to India had increased by a whopping 995 per cent since 2011-12. Hopefully, this move will help restore the balance in favour of domestic farmers.

With improvement in irrigation facilities in pulses growing regions like Latur and Marathwada, the uptick in production of pulses is expected to continue in 2017-18 as well. There is also an increased focus from government to encourage the sowing of pulses during the Rabi season in semi cold regions of central India. As a result, area under cultivation of winter pulses has increased by 8 per cent this year. Taken together with the bumper Kharif production of pulses, this means India is looking at becoming self sufficient in pulses by FY2019.

Does it mean that all our problems in pulses cultivation are now over? No, far from it. Indian pulses have one of the poorest yields per acre. This points to much needed research into high yielding varieties of seeds. Hopefully “Arhar Modi” is planning to fix this as well.”